The latest Steam Hardware Survey is out, charting the month of April 2021. Checking through the charts there isn't a lot of earth-shattering data to share, but I do have some comments on the movers and shakers in the PC video card usage tables. Firstly, we see that the GeForce RTX 3060 has debuted in the chart, secondly there is still not a single Radeon RX 6000 graphics card to be found anywhere in this chart (which lists approx 95 GPUs with 0.01 per cent and better user share). 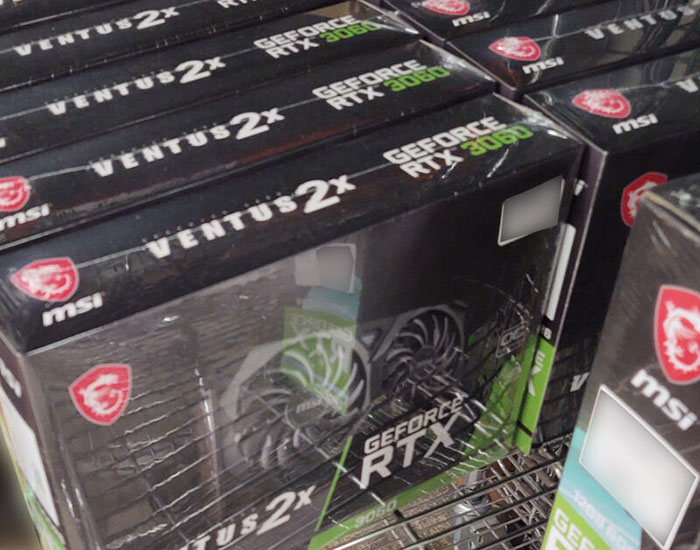 AMD's RDNA 2 graphics cards are yet to break into the charts, despite launching last November. After such a length of time not one of the AMD 'Big Navi' GPUs has mustered enough gamer cash to grab 0.01 per cent of the Steam GPU market, so they are lumped into the inglorious 'other' category of GPUs, which account for 9.61 per cent of GPUs used in Steam.

AMD's fortunes are better in the PC CPU market, with a gain of 0.51 per cent against Intel in April, and I'd expect them to break the 30 per cent milestone by the end of May.

On the topic of new video cards, VideoCardz has spotted custom versions of the Gigabyte and MSI GeForce RTX 3080 Ti listed in the Southern Hemisphere. "There are retailers in New Zealand and Australia already listing RTX 3080 Ti cards from MSI and Gigabyte," comments the GPU focussed site. "Various SKUs can be found such as MSI Ventus, Gigabyte Gaming, Vision, or Eagle series." 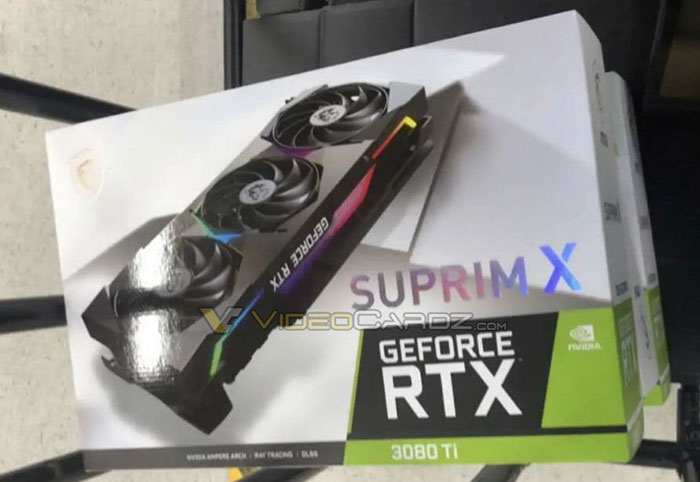 One of the key things about this story is the massive retail prices that the listings contain – well beyond what one would expect to be an Nvidia sanctioned RRP. The listings see no RTX 3080 Ti offered for less than the equivalent of US$1,338, with some costing as much as US$2,257.

Another story from VideoCardz today suggests the Nvidia GeForce RTX 3080 Ti and RTX 3070 Ti will be launched on 31st May. It adds that RTX 3080 Ti reviews will go live on 2nd June, with RTX 3070 Ti reviews to follow on 9th June. Those review embargo dates may be product retail release dates or a day after, reckons the source.

3dcandy
But steam is in no way shape or form indicative of what is being used….

3dcandy
But steam is in no way shape or form indicative of what is being used….

Well it is amongst Steam users currently active….