Yesterday HEXUS reported upon the hot rumour that the Nvidia GeForce RTX 3080 Ti will launch on 18th May. Around the same time, mid-May, VideoCardz' informants say that Nvidia will start rolling out updated GAxx2 GPUs for the existing RTX 30 graphics card series. 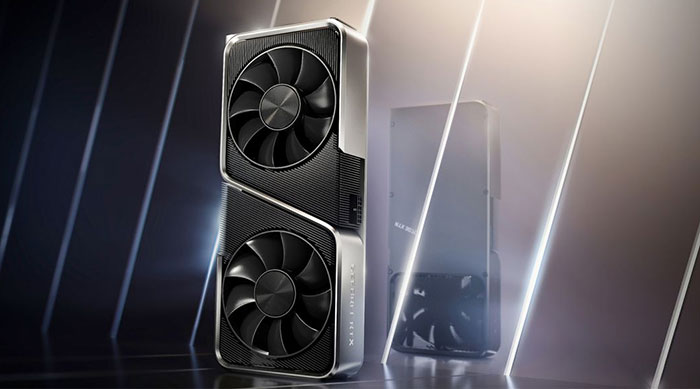 The significance of the updated GAxx2 GPUs is that they will introduce new crypto-nerf tech from Nvidia - which will hopefully be more robust than its first efforts seen with the RTX 3060 12GB. VideoCardz says that the Nvidia AIB's are unofficially calling these updated GPUs the 'Lite Hash Rate' (LHR) series. There is no technical info about the changes made to LHR GPUs, and perhaps Nvidia and partners will keep schtum on this, even after such GPUs are officially released.

Interestingly, the radio silence will extend to the roll-out of these new GPUs. You won't be able to tell if a boxed graphics card has one of the GAxx2 GPUs we hear. To find out the GPU used you'll have to buy a card and rip the cooler off for a peek at the die. It is expected that system info tools will be updated to reveal this info without users going to such lengths in due course.

One of the story sources says that the top-end RTX 3090 won't get a GAxx2 GPU update. Nvidia's strategists don't reckon this is a necessary step to take given the market position of this GPU.

Last but not least, all the new cards should roll out with RezisableBAR support – shipped with vBIOS updates that enable this memory performance feature alongside the latest drivers.

Go on you were all thinking it…

Probably, but being sold as a nerfed card means if/when it gets hacked they can just silently release new revisions to re-nerf it. Equally then can revise it to nerf some new coin or algorithm. It becomes an ongoing battle of hack vs security.
Posted by CAT-THE-FIFTH - Thu 29 Apr 2021 12:43
Honestly at this rate,if you have an old PC you might as well get a XBox Series S for around £250 and game on that as temporary measure. It literally has a Ryzen 7 3700X/4700G and a RX5500 class GPU,for less than buying even a crap GPU now.
Posted by kalniel - Thu 29 Apr 2021 12:45

iworrall
Maybe they should plaster “LHR” in large, friendly letters across the packaging, if only to ensure that gamers get the cards instead of miners!

I'd agree. The mere possibility that a card might be good for mining is going to be enough for scalpers to buy them on the off chance.