If you are interested in the launch schedule for the Nvidia GeForce RTX 3080 Ti then the rumour mill seems to be pretty united on the following schedule: a launch event on Tuesday 18th May, with third party reviews on Tuesday 25th May, and a retail release on Wednesday 26th May. It isn't clear whether pre-orders will opened by Nvidia, partners, or retailers. This schedule info was outlined by a supposedly reliable source who shared the dates on the IT Home Chinese tech forums, via TPU. 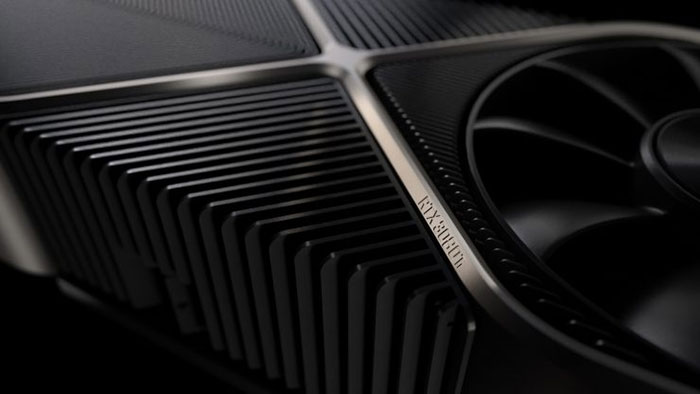 The Nvidia GeForce RTX 3080 Ti has been quite prominent on our news radar over recent weeks. This as-yet to be released premium consumer offering hit the headlines last Christmas but has since been reconfigured by Nvidia, so the story goes, to better fit the gap it is filling and better compete against the AMD Radeon RX 6000 series GPUs that are now a known threat.

It seems certainly very clear that the Nvidia GeForce RTX 3080 Ti isn't a phantom or figment of any tech news site's imagination with the most recent reports featuring clearly labelled shipping cartons and GPU dies caught 'red-handed'. These were seen quite shortly after Gigabyte's EEC registration of twelve RTX 3080 Ti designs.

Above you can see where most tech news sites reckon the RTX 3080 Ti will sit, in spec terms (purple). The card has the potential to be very popular, like its previous gen predecessor, if it could be made available in quantity at the MSRP of US$999. It will be one of the first cards with Nvidia's new mining limiter tech, which might help deter crypto mining focussed purchasers.

We are also waiting patiently to see signs of the GeForce RTX 3050 / Ti, to see what pricing, performance and availability will be on offer.

Posted by Jonj1611 - Wed 28 Apr 2021 12:17
I used to be excited for new card releases, planning on how I would fund my next purchase, now I don't bother anymore. All out of stock or some ridiculously high price and I can't see these being any different.

You first have to have stock left on the day of release….

I can already see this as being scalped or purchased via backdoors for cryptomining etc so there will be next to no stock for ‘normal’ people.