Nvidia's first RTX 30 laptops release today but those looking for one packing AMD's latest Ryzen 5000 mobile CPUs (rather than an Intel CPU) still have to wait a little longer with availability scheduled for 'February'. With this timetable obviously on its mind Nvidia has just released a new version of its GeForce Experience software, the first in three months, with special optimisations for RTX 30 laptops.

Due to the tightly entwined components of a gaming laptop an optimal cooling system is pretty essential - you can't rely much on ambient temperatures, airflow or case fans to help out. Supporting the hardware, software that makes the best use of the active components, the fans, can make a big difference to your laptop performance and quality of life aspects like noise. 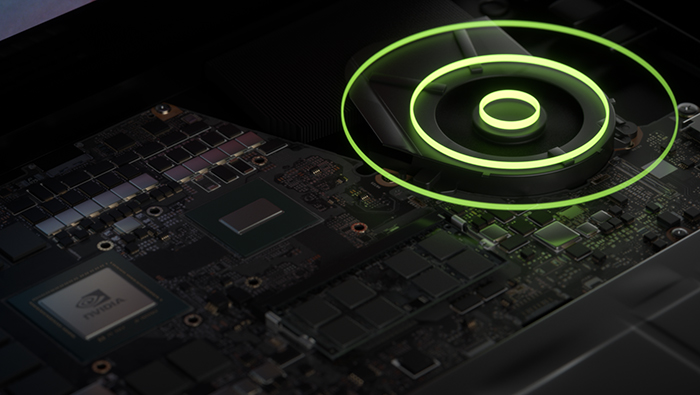 GeForce Experience 3.21 introduces WhisperMode 2.0 for the RTX 30 laptops that should start becoming available today. According to Nvidia the software mode leverages "AI-powered algorithms manage CPU, GPU, system temperatures and fan speeds for great acoustics and optimal performance." It isn't just an on or off setting, users will be able to set a target level of sound they are OK with, and the AI will do its stuff.

Other new features of Nvidia GeForce Experience 3.21, in case you aren't going to go and buy a new RTX 30 laptop, include the following:

In related news there has been some hand wringing about Nvidia removing Max-Q and Max-P GPU labelling. However, Nvidia has written to Hot Hardware to clear things up. It says that "Today, 3rd Generation Max-Q is broader, and is a holistic set of platform technologies and design approach to building powerful and thin laptops." It goes on to say that exact TGP, clocks and features supported will be visible in the laptop control panel and importantly it "strongly encourages OEMs" to list full specs on product pages / packaging. 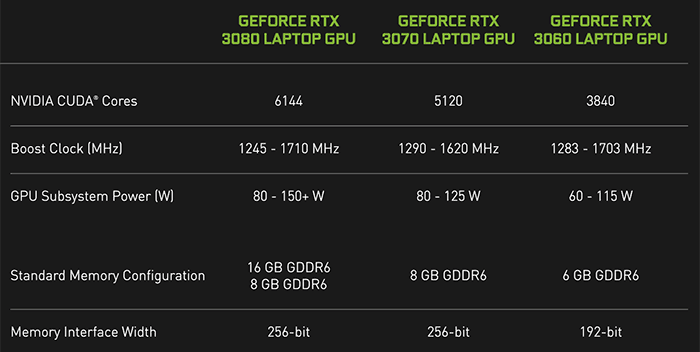 HEXUS received an email from XMG / Schenker today saying it is, and it will continue to be, very clear and upfront about its laptop GPUs in spec sheets and product texts. Refer to the guide above for the range of GPU subsystem power budgets which will impact the achievable performance of each GPU.

lumireleon
naming it 3080 yet its not, why not put the ‘M’ tag at the end like old days?

To easy to spot the difference
Posted by zephyrv - Tue 26 Jan 2021 18:44
Supposedly they removed the m to denote they were no longer totally different power chips and were basically the same chip