HEXUS reported upon the launch of the Nvidia GeForce RTX 3060 with 12GB GDDR6 at the GeForce RTX: Game On event at CES 2021 last week. We saw lots of designs showcased by various Nvidia partners. The official announcement slide from Nvidia showed a collection of new graphics cards with the majority being large triple fan products which looked like they had inherited the design from the RTX 3060 Ti stable mates, which in turn may have inherited their designs from the RX 3070 cards.

It turns out that the lower power consumption and waste heat generation of the RX 3060 GPU, the GA106 with 3,584 CUDA cores, makes it a suitable candidate for much smaller cooling solutions. MSI and Palit are making this clear with their new GeForce RTX 3060 Mini-ITX graphics cards. The might appeal to you if you are looking into a compact PC build. 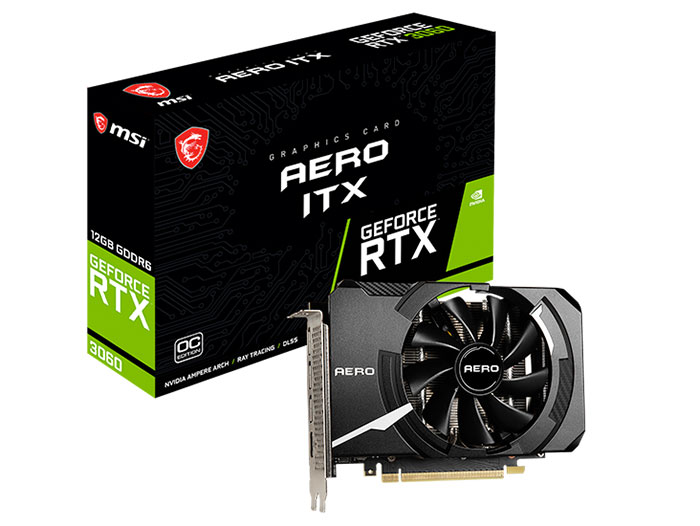 Unfortunately MSI doesn't share core clocks, so the difference between the regular and OC versions cannot be determined. These graphics cards are expected to appear at the end of February.

Palit launched just two GeForce RTX 3060 12 GB graphics cards last week, a Dual and a StormX model with the latter being a Mini-ITX card. The Palit GeForce RTX 3060 StormX product page is live with full specs revealed. So we know quite a bit more about this product. 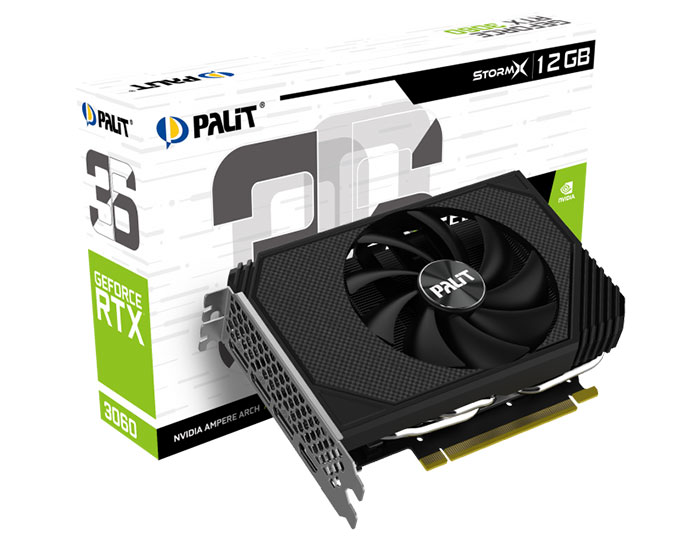 The Palit graphics card shares the core spec with the MSI products of course, it has the same GPU, connector ports, and memory. Palit further reveals that its GPU runs at base/boost 1,320/1,777MHz (reference clocks), the memory system has a bandwidth of 360GB/s, it has a power rating of 170W with single 8-pin power connector, and this 2-slot design measures 170x125x39mm. Additionally, the StormX features RGB LED lighting and zero dB fan tech. Its axial fan measures 100mm in diameter.

Palit doesn't mention pricing or availability. Still it will probably appear at the end of Feb with the vast majority of the RTX 3060 12GB products revealed last week.