We hope you have read over the HEXUS review of the Nvidia GeForce RTX 3060 Ti Founders Edition by now. Nvidia's own design has broad appeal but many will instead be choosing partner graphics cards from the big four (Asus, EVGA, Gigabyte, and MSI) for either; higher-end features, a cheaper entry price, or simply due to availability. With that in mind let's take a quick look at what Nvidia's biggest partners have prepared for you.

The cheapest offering though is going to be the Asus KO GeForce RTX 3060 Ti graphics card with 1695MHz boost clock. This model sports twin axial fans, long-lasting capacitors and a vented backplate, as well as aRGB LEDs within its 2.7-slot footprint. Asus isn't releasing the KO in the UK for now it will debut in the USA, Brazil, Japan, Korea, Taiwan and Australia this month. 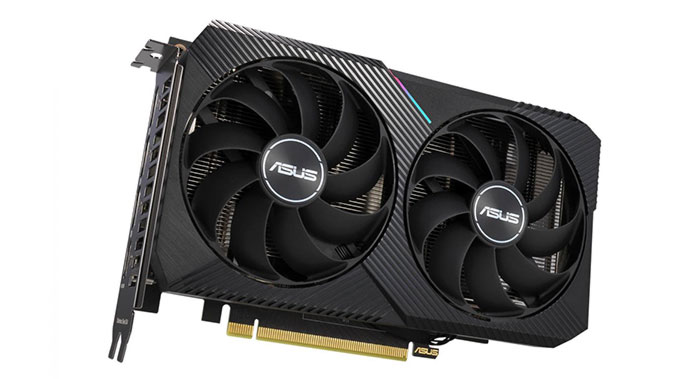 We have a smattering of pricing indications from Asus UK as follows: 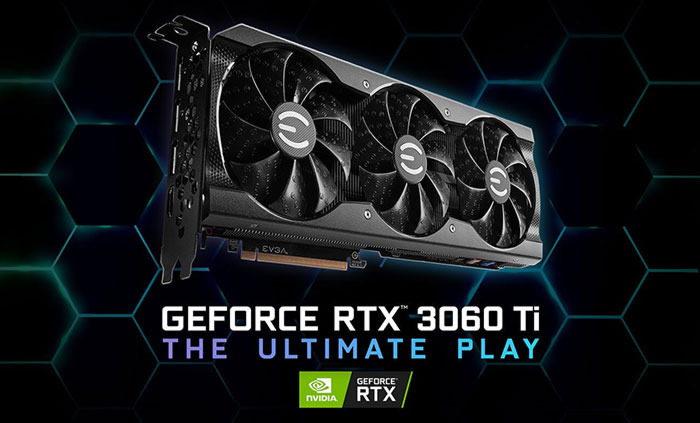 For key specs, you will find the aRGB FTW3 has a 1800MHz boost clock, while the XC model eschews RGB LEDS but still has a metal backplate and goes to 1210MHz out of the box. EVGA has listed these two GPUs at $439 and $399 respectively but to buy direct you must join its auto-notify queuing system.

Gigabyte hasn't sent along its press release, or even published one on its news pages, at the time of writing. However if you go to the official site and filter the RTX 30 series products you will see there is an RTX 3060 Ti option. Once selected, you will see five new graphics cards, one a top tier Aorus Master model, the other four using the Gigabyte Gaming and Eagle brands. They are all chunky looking designs but the Eagle series is a little bit smaller using a twin fan shroud. 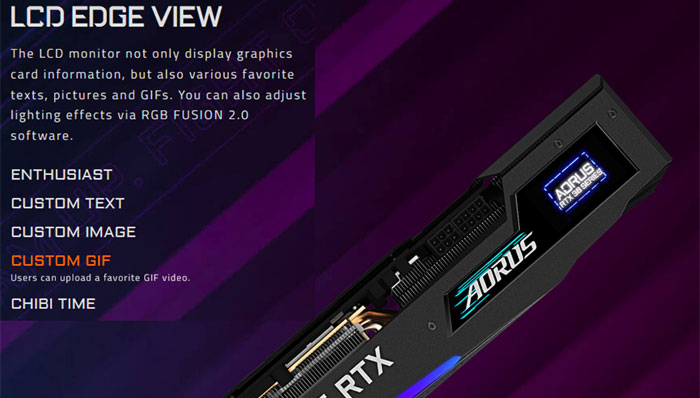 Gigabyte's Aorus GeForce RTX 3060 Ti Master 8G is the fastest choice here with its core clock of 1800MHz but it is the longest at 290mm and uses an 8- and 6-pin power connector. As well as aRGB frills this card features 'LCD Edge View' display for monitoring info or animations and so on. Meanwhile the Gaming cards are up to 1770MHz, and the base Eagle card (non-OC model) runs at reference clocks (1665MHz) out of the box. Eagle cards are just 242mm long and make do with a single 8-pin powr connector.

MSI has launched eight new GeForce RTX 2060 Ti graphics cards. You might alternatively say it has launched four cards in regular and OC versions. Pricing for the range starts at SU$499 and it consists of models in the MSI Gaming Trio, Gaming, Ventus 3X and Ventus 2X ranges. 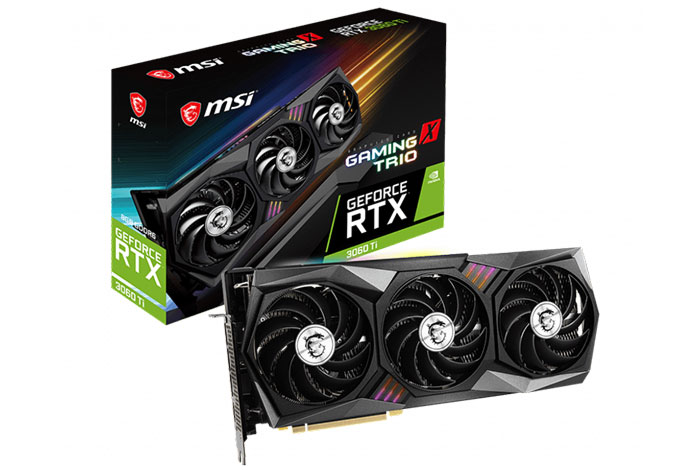 MSI's top god is the MSI GeForce RTX 3060 Ti Gaming X Trio with a core boost clock of 1830MHz. This card uses a triple fan cooler, as you would expect from the name, and is a substantial 232mm long. The point of this beefy cooler is to "play hard, stay silent," says MSI and its Tri Frozr 2 tech with Torx Fan 4.0, Core Pipes and Fin & Airflow Control tech is very likely to deliver on that. While it is quiet for your ears, this graphics card can be stealthily dark or light up in millions of colours thanks to Mystic Light.

At the other end of the range MSI's $399 offering is the compact black Ventus X2 with reference clock speeds out of the box. It is just 232mm long but MSI has big claims for the cooling system which features Torx 3.0 fans, Zero Frozr, Core Pipes tech. The fans in particular are said to provide 50 per cent more air pressure than a 'normal' fan. Interestingly this design is heavier (827g) than the triple fan Ventus 3X/OC models (760g).

What is next? Nvidia's press release for the GeForce RTX 3060 Ti states that this is "the first member of the RTX 3060 family," so we can safely expect to see more RTX 3060 graphics cards released in the not-too-distant future.

Zhaoman
What time do they usually come into stock on launch day at Scan? Or have I missed the boat already XD
edit: it says on the page available to order from 2pm.

note: tweet was yesterday, so the tomorrow reference means today ;)