The newly launched AMD Radeon RX 6800 XT is already a world record beater, as verified by the HWBot overclocking records website. Overclocker Lucky Noob scalped the top spot in the 3DMark Fire Strike charts using the new AMD flagship GPU, with a headlining score of 47,932. This leapfrogs the host of GeForce RTX 3090 graphics cards populating most of the top 10 spots in the table, but not by a huge margin. There is one significant difference though: the new world record was achieved using the stock reference cooler in situ. 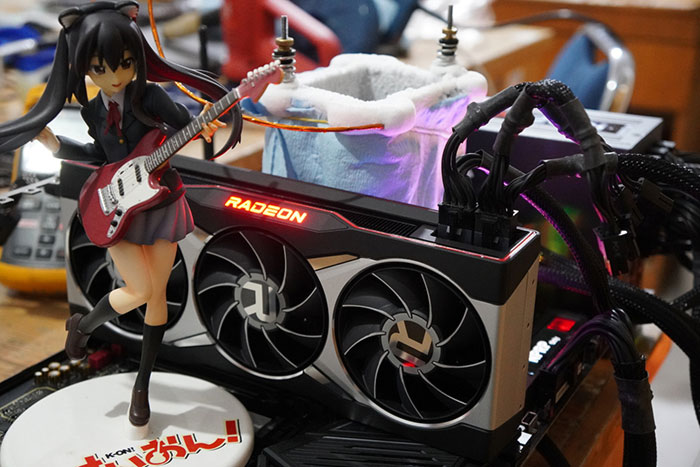 Lucky Noob's key system components were; an AMD Ryzen 9 5950X CPU on an MSI MEG X570 Godlike motherboard, with 16GB (2x8GB) of G.Skill DDR4 RAM installed. The CPU was indeed cooled with an LN2 pot bolted on, as you can see in the images, but the Radeon operated happily with the stock cooler in place. 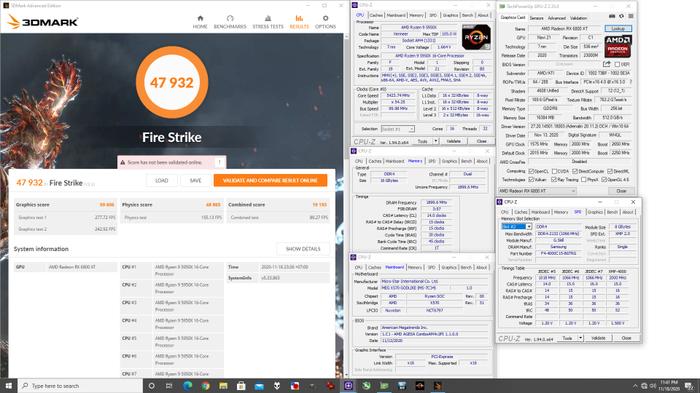 To achieve the record breaking score in Fire Strike the CPU was pushed to 5,424MHz, and the GPU boost frequency of 2,650MHz was dialled in. The extreme OC expert noted that "2,650Mhz is the boost setting applied from Performance Tuning panel, not the real clock during load (GPU is power-limited)," and added that it was "refreshing" to see an AMD GPU achieving a top 3DMark score. It makes one wonder about the GPU clock speeds that could be achieved if an extreme overclocker cooled the RX 6800 XT with LN2 or liquid Helium – beyond 3GHz perhaps.

In the not too distant future I expect more overclockers to achieve similar feats using the new RX 6000 Series of GPUs. Let us not forget that AMD is launching its top end Radeon RX 6900 XT on 8th December, which could easily push performance by a further 10 per cent, looking at the official TFLOPs figures.