We know EVGA has a quintet of GeForce RTX 3090 cards waiting in the wings, and that list doesn't even include the EVGA 'K|NGP|N' model. These specialised OC friendly cards usually arrive quite some time after the 'mass market' offerings, however Vince 'Kingpin' Lucido indicated on his Facebook page that EVGA is committed to expediting the release this time around.

As purchased, the EVGA GeForce RTX 3090 Kingpin looks like it will feature the same hybrid cooling system as found on the GeForce RTX 2080 Ti Kingpin. However, the following story, of the record breaking 3DMark Port Royal run and 2.58GHz OC RTX 3090 were undertaken thanks to the application of LN2 cooling techniques. 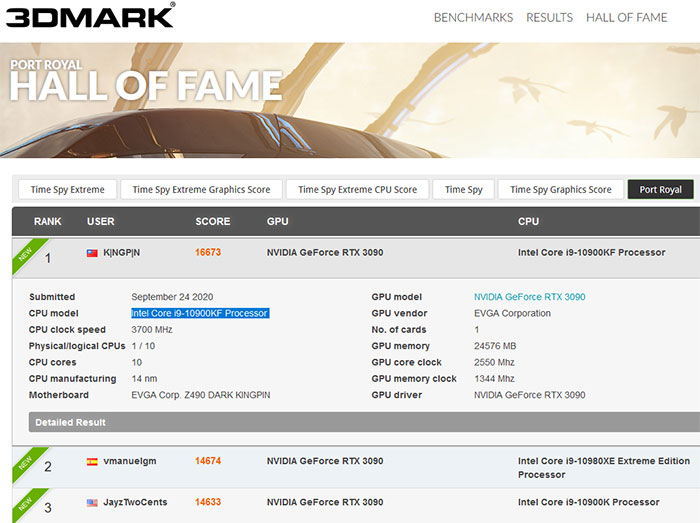 Above you can see the verified 3DMark Port Royal run from Kingpin. The score of 16,673 is way ahead of the second placed contender. As well as the LN2 cooled RTX 3090, he used a system with a water cooled Intel Core i9-10900KF Processor. 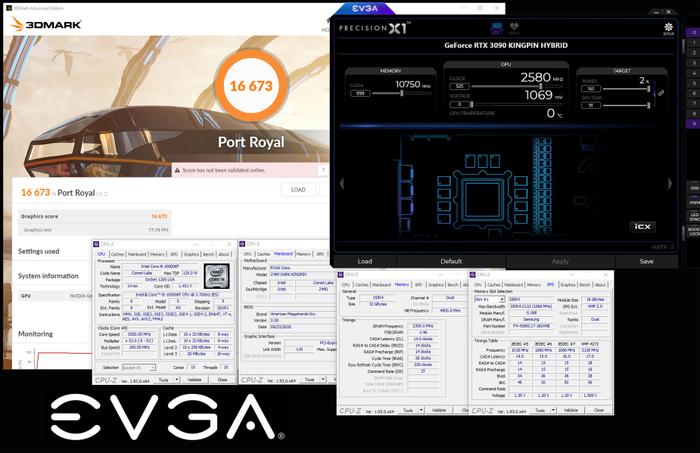 Kingpin managed to hit a 2.58GHz core clock at 1,069mV with memory running at 10,750 MHz (21.5Gbps). For reference the stock GPU boost clock is 1.70GHz, and the HEXUS reviewed Gigabyte GeForce RTX 3090 Gaming OC came with a 1.76GHz boost clock out of the box. Our OC tests, using the standard triple fan cooler, only yielded a modest extra 50MHz on the GPU core clocks. 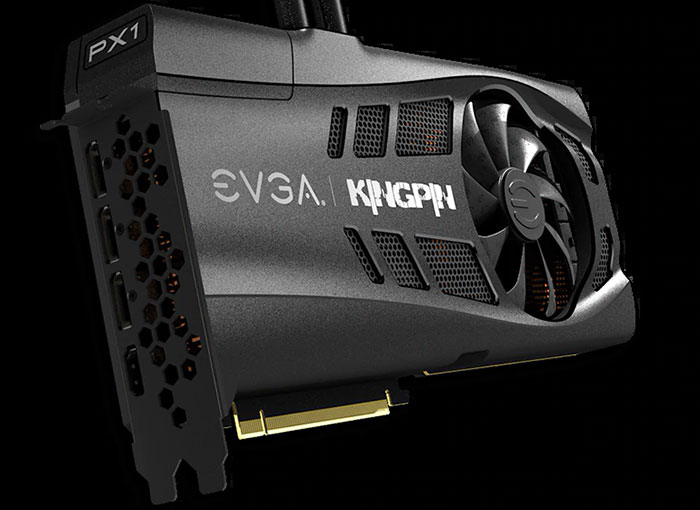 What about the radiator size?

Tom's Hardware has some thoughts about the upcoming EVGA GeForce RTX 3090 Kingpin model. It reckons that the card will likely feature a bigger radiator than the RTX 2080 Ti model to cope with the GPU's 350W TDP. Perhaps a 360mm radiator will be included. While the GeForce RTX 3090 Founders Edition uses Nvidia's new 12-pin PCIe power connector, capable of up to 540W supply, the new EVGA Kingpin will utilise the more traditional 3x 8-pin connectors. However, this would limit the GPU to sucking 525W if following the standards, but EVGA and Kingpin must have judged these connectors will be sufficient.

QuorTek
could we not achieve these values on our own if we used phase changing systems?