In the coming weeks / months we will be welcoming the next gen consumer graphics cards from AMD and Nvidia to the HEXUS labs. Quite a bit is known about Nvidia's upcoming offerings, thanks to the official announcement of the first Ampere architecture GPU back in May, and we've seen some semi-official graphics rendering benchmarks recently. However, AMD hasn't released much information about its RDNA 2 GPUs. Most of the RDNA 2 capabilities expectations we have come via console hardware news channels - as it is an important technology behind the Xbox Series X and PlayStation 5 consoles. 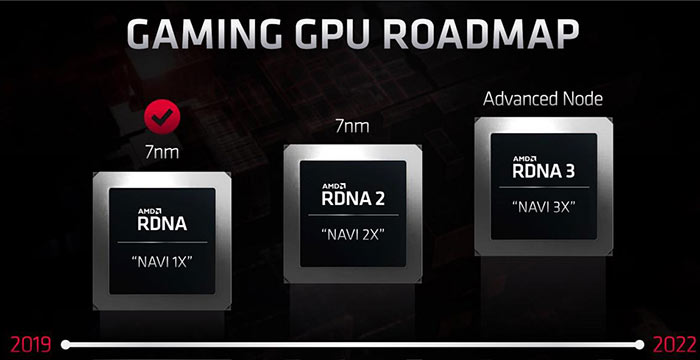 For timescales we have heard via AMD investor presentations that Big Navi graphics cards will be the first RDNA 2 products and appear in H2 this year. Thus they should arrive on PCs ahead of consoles (launching in November). The only other significant RDNA 2 GPU on PC news we have had recently is that the AMD Sienna Cichlid GPU support in Linux should go primetime in October or thereabouts.

While we await further official information, usually-reliable Twitter leaksters like Komachi and RoGame have been steadily sharing AMD Sienna Cichlid GPU (Navi 21/ Big Navi) details and indications. VideoCardz has added these two sources together and mixed in some of its own insider source information to come up with what I have condensed below…

In brief, the information points to the Sienna Cichlid GPU having a maximum of 80 Compute Units. If this is that case Navi 21 will offer double what Navi 10 offered in CU terms, and one might expect a corresponding expansion of the 7mn die. 80 CUs with 64 cores each (expected) results in 5120 Stream Processors. Thus the 'next-generation Radeon RX 6900 XT' could come with up to 5120 SPs but it is likely to be a somewhat lower count as that's how, time and again, the chip business works to be viable. With a theoretical maximum of 80, one might expect the top-end consumer GPU to sport 76 CUs, say. Lastly, remember not to make direct comparisons between CU counts from RDNA and RDNA 2 GPUs as there will be other performance impacting aspects in play, not least some hardware for raytracing. 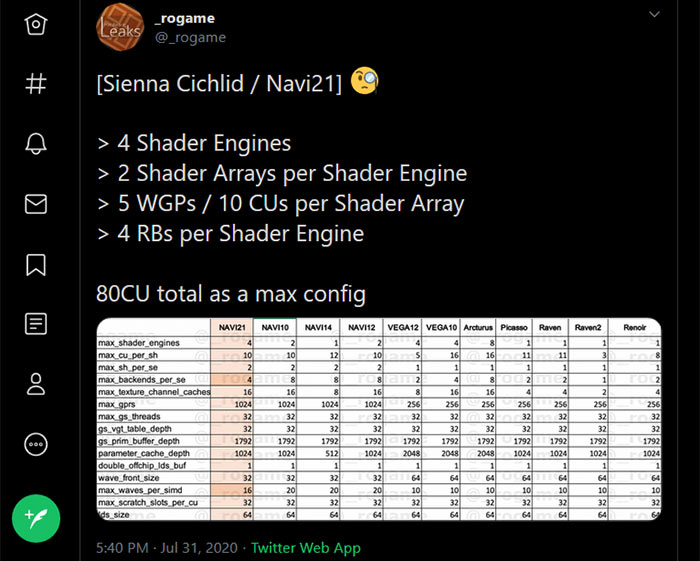 Nvidia Ampere-based GeForce graphics cards are widely tipped to first appear in September, alongside Cyberpunk 2077. Hopefully AMD will be ready to pounce at the same time, to provide worthwhile competition.

Edit:in rasterisation performance of course. All bets are off for RT since I've not seen how RDNA2 does that yet.
Posted by Friesiansam - Mon 03 Aug 2020 15:25
Depending on performance, power consumption and price, when I next upgrade my GPU, it could be the first time in many years that I will have both a CPU and GPU from AMD. Last time that happened was when I had an Athlon 64 with a Radion HD 3470.
Posted by Gentle Viking - Mon 03 Aug 2020 15:30
“So this should be about 50% faster”

It bloody well better be, otherwise with the consoles and their expected performance, gaming on a PC get more or less a thing of the past.

BUT ! interesting times ahead, a new GFX generation always made me giddy,even if i have not been able to join in the fun.
Posted by DevDrake - Mon 03 Aug 2020 15:37
do I feel hope ?