With the Windows 10 May 2020 Update, Microsoft introduced a new GPU scheduler as an opt-in, and off by default, toggle button in graphics settings. This is the Hardware Accelerated GPU Scheduling option, as shown in the main screenshot below. Now that major GPU vendors such as AMD and Nvidia have started to support this feature, it might be worth turning on this "significant and fundamental change to the driver model". Changes you should expect are a reduced overhead for GPU scheduling, though most applications have been designed to hide scheduling costs through buffering, for reduced system latency.

In a blog post Microsoft provides background to why it has introduced Hardware Accelerated GPU Scheduling, what it replaces, and its hopes for going forward. Steve Pronovost, Microsoft Partner Development Lead, starts his explainer piece by talking about the WDDM GPU scheduler, that has been in place for going on 14 years. Before that time most PC games were full screen exclusive apps. However, the move to WDDM meant processes used a scheduler for GPU time - better for multitasking and a responsive overall PC experience.

Over time the WDDM GPU scheduler has been significantly tweaked and enhanced. However, it still is a source of latency and consumes a "high-priority thread running on the CPU that coordinates, prioritizes, and schedules the work submitted by various applications". With the new hardware-accelerated GPU scheduling model using Windows 10 May 2020 Update and supported by the latest AMD/Nvidia drivers, "Windows can now offload most of GPU scheduling to a dedicated GPU-based scheduling processor," says Pronovost. 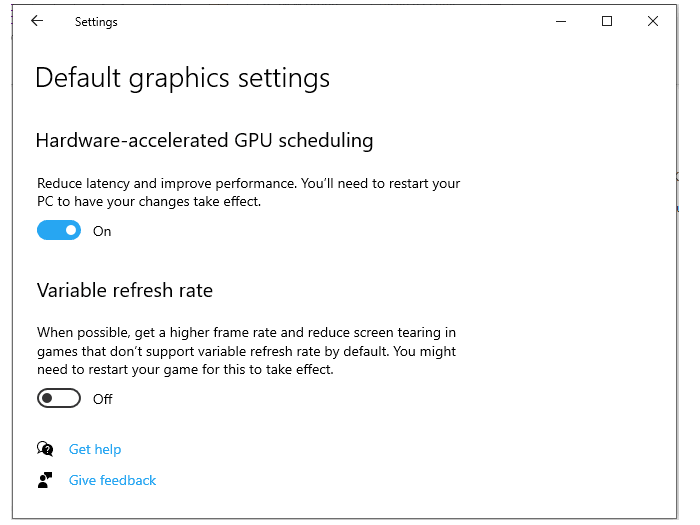 This is a significant operational change so, at the moment, Microsoft is making the hardware scheduler and opt-in for experienced users with vendor supported hardware/drivers. Microsoft intends to silently toggle hardware accelerated GPU scheduling on, with some users in the Insider Fast Ring, to get a good mix of users with and without the new scheduler in operation. This data will be useful for reliability and performance analysis ahead of a wider rollout.

As mentioned in the intro, most apps and games have been written to mask GPU scheduling tasks, so although the hardware acceleration may be working end users might not see an immediate change. On YouTube you can already see several multi-game performance comparison videos like this one, which aren't conclusive overall, with regard to any benefits. The story of what is to come from this significant background change will become clearer later, teases Pronovost. If you test Hardware Accelerated GPU Scheduling and it makes things worse, Microsoft asks that you submit feedback so it can ponder over the data.

The story of what is to come from this significant background change will become clearer later, teases Pronovost.

:rolleyes:
Posted by kalniel - Wed 01 Jul 2020 14:54
We're in July and I'm still waiting for the ‘May’ update..
Posted by CAT-THE-FIFTH - Wed 01 Jul 2020 15:08
The AdoredTV website did some performance tests:
https://adoredtv.com/does-windows-10s-gpu-scheduling-feature-increase-gaming-performance/
https://adoredtv.com/windows-10-gpu-scheduling-benchmarked-in-8-games-and-3dmark/
Posted by LSG501 - Wed 01 Jul 2020 15:48
I have this feeling this is more for next gen xbox (and games that might get pc versions) and maybe gpu computing (think opencl/cuda) on the pc rather than current games which were all built with the old scheduler in mind.