Intel is continuing with its promotion of the upcoming 10nm Tiger Lake mobile processors (TGL-U) as being instrumental in changing the perception of what thin and light devices are capable of. Tiger Lake featured quite heavily in Intel presentations at CES 2020, where it was heralded as being capable of delivering "mobility redefined" with "double-digit performance gains, massive AI performance improvements, a huge leap in graphics performance and 4x the throughput of USB 3 with the new integrated Thunderbolt 4". 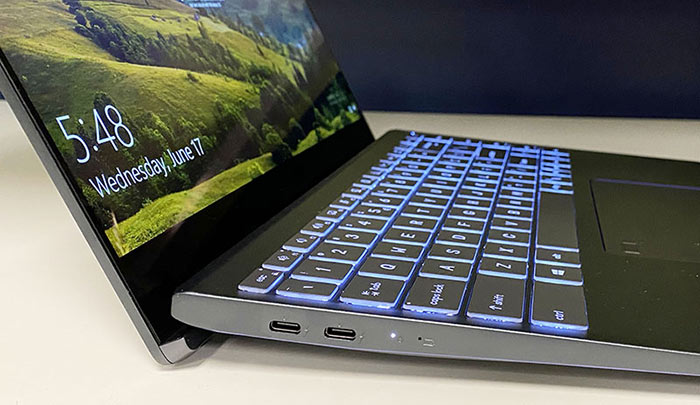 Tiger Lake will be the first Intel SoC with Xe graphics on board. The GPU and AI processing enhancements will make it faster in modern creative apps, which will be very welcome for some. However, until now, we haven't really seen any indications about how it will enable AAA gaming on the go. A CES 2020 demo was running Destiny 2 on Xe graphics but details of that system and how well it ran the game were kept under wraps.

A few hours ago Intel Chief Performance Strategist, Ryan Shrout, who you may remember as the editor of PCPer, released a video of himself playing EA's Battlefield V on an Intel Tiger Lake laptop. Check out the video below, which is limited to max 720p due to the Twitter source.

In the video, and subsequent Twitter comments, Shrout reveals that the thin and light TGL-U laptop he is gaming on had the following in-game settings applied: 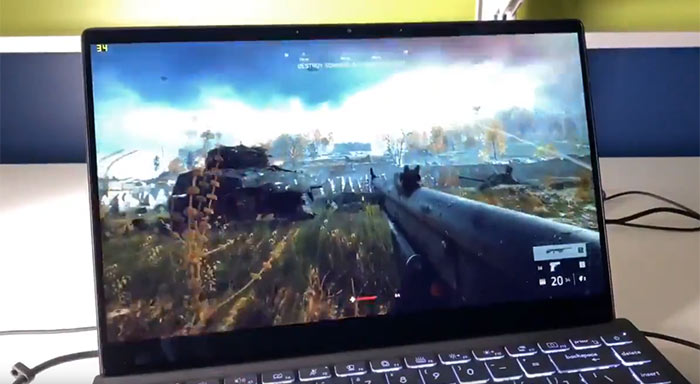 As for the frame rate, Shrout asserts that his Battlefield V gaming experience was 'great' with the FPS "hovering at or above 30 frames per second". He emphasises that this is on a thin and light form factor laptop "using only integrated graphics". To put that into perspective, AdoredTV editor Matthew Connatser commented that his Asus ROG Zephyrus G14 with AMD Ryzen 9 4900HS, running Battlefield V with the same settings, achieved an average 25fps in the same scene.

Intel's Ryan Shrout didn't confirm the system specs, nor would he confirm the EU count of the TGL-U processor under test.

Tiger Lake CPUs were supposed to arrive "mid-year," but Shrout's Twitter post, now that we are at mid-year point, suggests a launch will come "later this year".

Posted by zaph0d - Thu 18 Jun 2020 11:37
You gotta wonder, how many games and subsequently scenes he had to go through to find a AAA game and area that ran at that framerate
Posted by Tabbykatze - Thu 18 Jun 2020 12:04
I love that Intel is still pushing that TB4 is 4 times faster than USB 3 garbage. They're not wrong, but they're being misleading, it's 4 times faster than USB3.1 (most common).

Very interesting about the supposed iGPU performance though…
Posted by [GSV]Trig - Thu 18 Jun 2020 12:27
As for the frame rate, Shrout asserts that his Battlefield V gaming experience was ‘great’ with the FPS “hovering at or above 30 frames per second”.

'[GSV
Trig;4221544']As for the frame rate, Shrout asserts that his Battlefield V gaming experience was ‘great’ with the FPS “hovering at or above 30 frames per second”.

pretty much a minimum for low spec gaming
60 would be more a standard, but even that will be low for some people.
Posted by DanceswithUnix - Thu 18 Jun 2020 13:44

'[GSV
Trig;4221544']As for the frame rate, Shrout asserts that his Battlefield V gaming experience was ‘great’ with the FPS “hovering at or above 30 frames per second”.

If it has Freesync then I could game on that. Fixed sync, no thanks. I always figures Freesync could benefit Intel more than anyone else.