Indications are building, pointing to Nvidia broadening its RTX 20 series of graphics cards yet further. The newest niche-filling SKU appears to be a GeForce RTX 2060 with 8GB (rather than the standard 6GB) of GDDR6 VRAM. Such a beast was spotted listed by Asus in an EEC filing. Furthermore, a GeForce RTX 2060 with 8GB was recently listed as a recommended graphics card for playing Doom Eternal at 1440p / 60fps / HQ visual settings. Those official PC recommended specs have since been edited.

PCGamesN appears to have discovered the Asus EEC listing, dated 10th March 2020. Among the plethora of graphics cards listed by Asus in this documentation are the following: 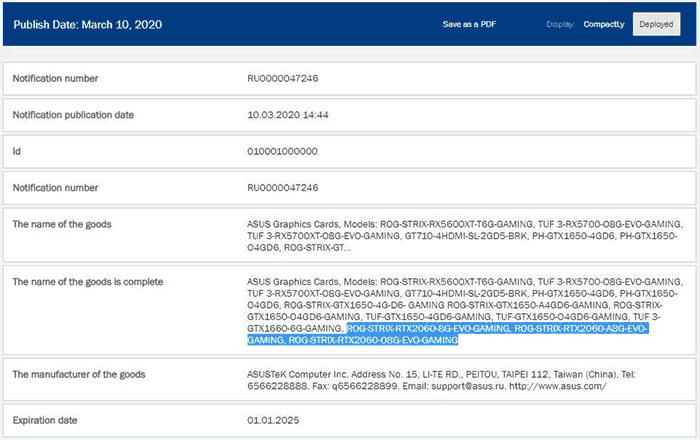 The 8GB RAM spec would appear to have been typed out too many times for a simple brain-burp style error. However, another possibility is that the 'S' in the codenames, indicating that these are 'Super' graphics cards with 8GB, is missing.

What is the point of the purported Nvidia GeForce RTX 2060 with 8GB? Nvidia isn't shy of product proliferation to address as wide a market as possible and attack the competition from multiple angles, as can be seen in its recent product history. Perhaps it, and its AIB partners, sees the RTX 2060 8GB edition as a better answer to AMD's most recent Navi GPU offering, the Radeon RX 5600 XT or RX 5700? 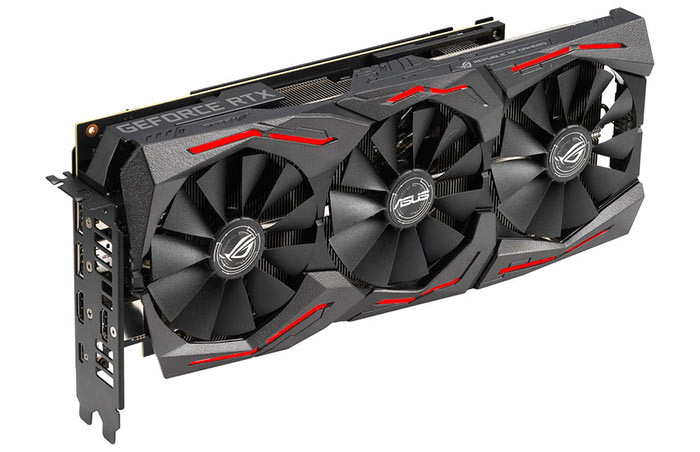 Whether the change in the VRAM configuration is the only alteration made here is not certain. We will have to wait for more thorough leaks or official releases of information for that. At the time of writing a typical GeForce RTX 2060 6GB costs about £300, and the Super edition with not just 8GB of VRAM but extra CUDA cores costs about £370 in the UK. That leaves a decent gap to slot in a new SKU. However, the Radeon RX 5600 XT competition theory doesn't quite line up, as AMD partner cards are around £270 on average.

Posted by EvilCycle - Thu 12 Mar 2020 12:47
That explains DOOM Eternal requiring an 8GB 2060 on recommended specs then, an accidental leak that wasn't even noticed!