Most HEXUS readers interested in graphics cards at this time will have thoroughly read through our day one review of the Sapphire Radeon RX 5600 XT Pulse OC. Our test card was released to us with a BIOS that was subsequently updated with performance improvements ahead of NDA, as well as a TGP uplift necessary to power the faster GPU and memory clocks. Later on in the review you will have seen our benchmark results featuring both original and new BIOS versions of the RX 5600 XT from Sapphire pitted against competitive products, as well as some overclocking tests.

With the BIOS update coming so late from AMD, there will be some cards at retailers which come packing the older BIOS and you might want to update. There isn't a standard way that AMD AIC partners can provide BIOS updates, or if there is it isn't available from AMD. Rather, the partner companies all have their own software, with associated benefits and drawbacks, which can get your shiny new Radeon RX 5600 XT up to speed. So let's work through the methods and links below, in case you need to go through this process.

ASRock has a Windows based 1-click updater, released yesterday, that delivers "enhanced performance" while weighing in at only 1.11MB. Like many other vendors, as you will find below, "ASRock assumes no responsibility for any damages caused by improper operations of downloading or updating the vBIOS," which isn't nice. As always, please read through the install guide carefully before commencing. 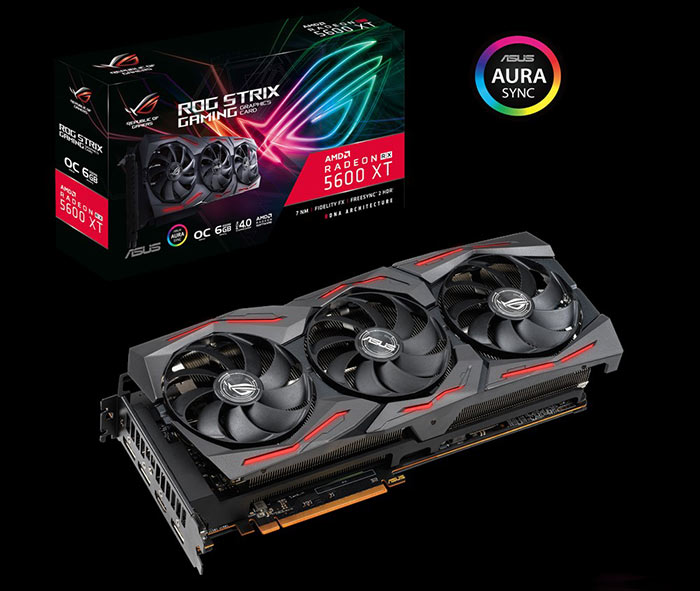 At the time of writing Asus doesn't appear to have any BIOS updates for its AMD Radeon RX 5600 XT based graphics cards. This might be because it held back on shipping them as day one reviews of its new products were rare. At the time of writing the 'ROG-STRIX-RX5600XT-O6G-GAMING' card downloads / utility section of the Asus support website was empty, for example. On its official product pages the new uplifted GPU speeds seem to have been applied.

Gigabyte provides a Windows-based tool for updating its Radeon RX 5600 XT Gaming OC graphics card (GV-R56XTGAMING OC-6GD). You have a choice of two BIOS files to apply, and one pumps up the TGP to 180W and boosts GPU clocks as high as 1750MHz, and memory speeds up to 14Gbps. The other BIOS sticks at 150W and includes some fixes to "improve stability".

Gigabyte's other RX 5600 XT, a WindForce OC model, hasn't got a new BIOS at the time of writing. 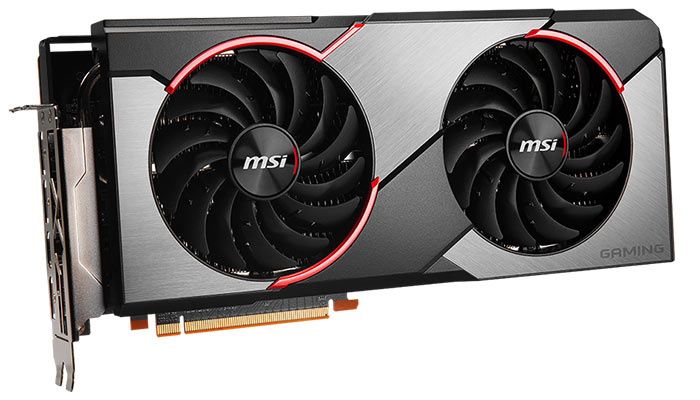 If you bought an MSI branded RX 5600 XT card for using in Windows, please use the Dragon Centre app to find and update the graphics card BIOS. As an MSI card owner you likely already use this app as it covers Afterburner tuning and Mystic Light configurations, as well as this BIOS updater tool.

Owners of RX 5600 XT series graphics cards from PowerColor can find two BIOS files here. If you have a RedDragon or RedDevil you are asked to download the appropriate sub-1MB DOS-based updater to apply the latest BIOS update. The archive you download includes instructions of how to prepare a DOS bootable USB drive (using Rufus), to get your update applied to your system.

Last but not least, if you have acquired one of Sapphire's Pulse Radeon RX 5600 XT OC Edition GPUs, you can easily find the dual-BIOS update by visiting the official product page. Scroll down a little and you will find a v1.01 BIOS file which enables the following two modes:

The compact download includes an archive with flashing tool, Windows batch files, and BIOS data. You can update the Perf/Silent BIOSes after manually switching them. Your zip archive download includes a PDF guide with step by step instructions and helpful images. 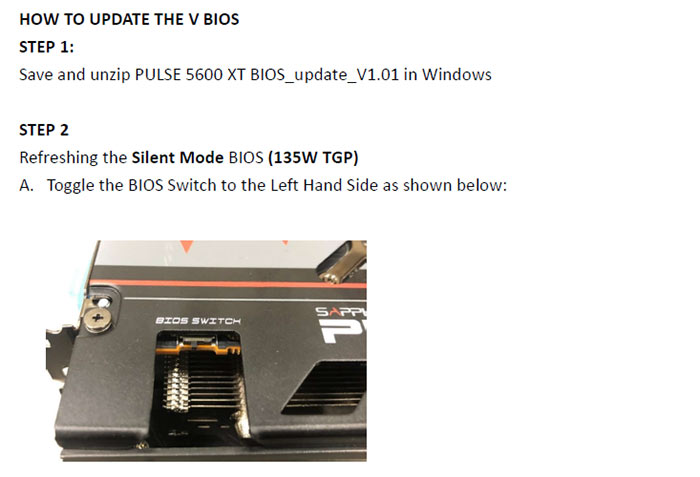