There have been previous sightings of AMD Radeon RX 5600 XT bits and pieces. HEXUS last reported upon signs of the arrival of this particular video card series at the start of December. Word was that we would see a launch of said products early in 2020.

Now further evidence has emerged of the impending AMD Radeon RX 5600 XT arrival courtesy of the EEC regulatory site. A rather common source of pre-release peeks, brought to our attention by Twitterer Komachi. The graphics card 'leak' via the EEC this time shows an extensive new range of products from Gigabyte - the hitherto unseen 'Eagle' range that encompasses all the modern GPUs from AMD and Nvidia (AMD Navi, Nvidia Turing). 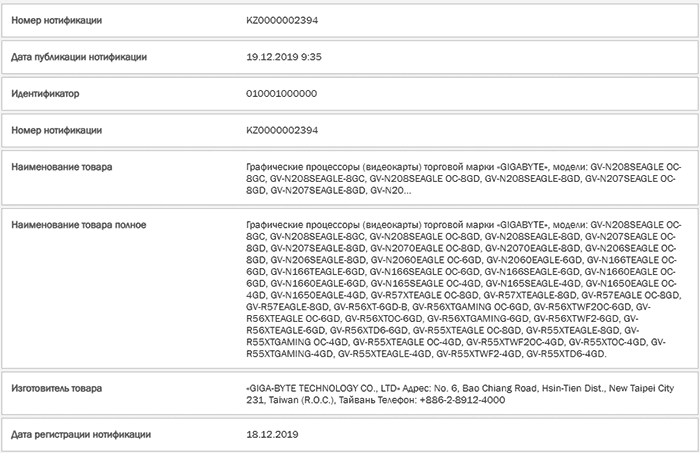 On the topic of the Eagle range first, we don't know much about it. I's assume they were lower-to mid range cooler products as they don't include an RTX 2080 Ti in the listings seen, and miss out premium Gigabyte / Aorus buzzwords such as Xtreme, Gaming (GeForce range), WaterForce, WindForce. All you get with the Eagle series is regular or OC versions of a particular GPU series. 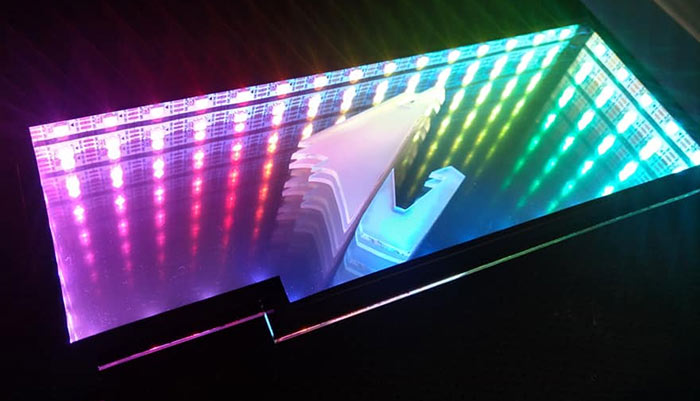 There are a few other RX 5600 XT cards coming from Gigabyte in other series such as regular and OC cards, Gaming and WindForce 2, and more.

Overall it is interesting to see that AMD has gone for the middling 6GB GDDR6 option for the first time, echoing Nvidia's approach in trying to hit a VRAM sweet spot for the price and so gamers don't have the uncomfortable choice between 4 and 8GB, with the price difference that makes. Most interesting though, will be the performance of the RX 5600 XT and where it sits between the existing Radeon RX 5700/XT and RX 5500 XT offerings - and the Nvidia alternatives once the price has been factored in.

Last but not least, while previous reports have tipped early 2020 for a Radeon RX 5600 family graphics cards release, VideoCardz today put its money on CES 2020, which begins on Tuesday 7th and runs until Friday 10th January.

Hopes to become the cross-vendor, cross-platform standard for raytracing acceleration.

globalwarning
So… AMD taking a page from Nvidia's insane and confusing roster of SKUs? Great.

I mean, we don't currently have non-XT versions of the lower-end cards, but I'd hazard a guess that they'll come is AMD thinks there's a market for them and they can produce them cheap enough. Otherwise it's just about the most straight-forward product stack I've seen in years…
Posted by Xlucine - Mon 23 Dec 2019 14:00

globalwarning
So… AMD taking a page from Nvidia's insane and confusing roster of SKUs? Great.

Both product stacks are pretty simple - remember when we had 7 1060s across desktop and mobile?
Posted by JaymondoGB - Fri 27 Dec 2019 12:41
Looking forward to the RX5800 or whatever it will be called. The wait to replace my FuryX continues