The new discrete Intel Xe graphics cards will be built the 10nm process, says the source. However, the reporting on what target markets this initial salvo of graphics card products will aim at is rather nebulous. "Instead of purely targeting the gaming market, Intel is set to combine the new GPUs with its CPUs to create a competitive platform in a bid to pursuit business opportunities from data centre, AI and machine learning applications," writes the DigiTimes team. 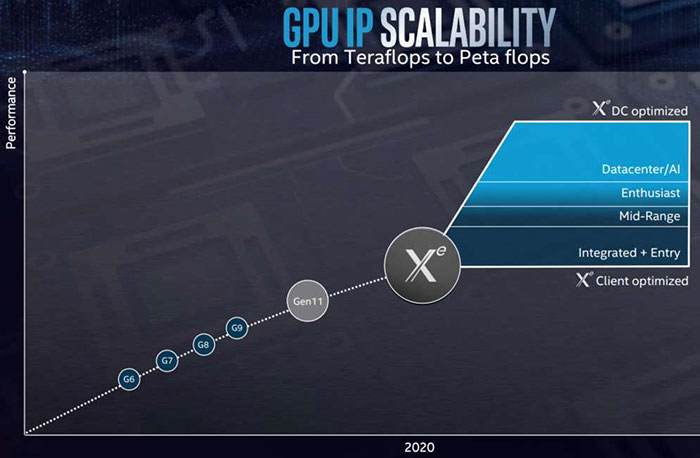 Overall, the Xe project is described in this report as an effort by Intel to scalp data centre, AI, autonomous driving, and machine learning business from rival Nvidia. Can Intel finesse its GPU design to please the PC gaming market too? That is a big ask for this initial discrete offering under the stewardship of Raja Koduri.

With summer 2020 mentioned (and June 2020 embossed on Koduri's Tesla vanity plate) one would expect Intel to host an Xe graphics event in the run-up to at Computex 2020. Going forward to 2021, DigiTimes sources indicate that 7nm Xe GPU packaged using Foveros 3D technology is planned. 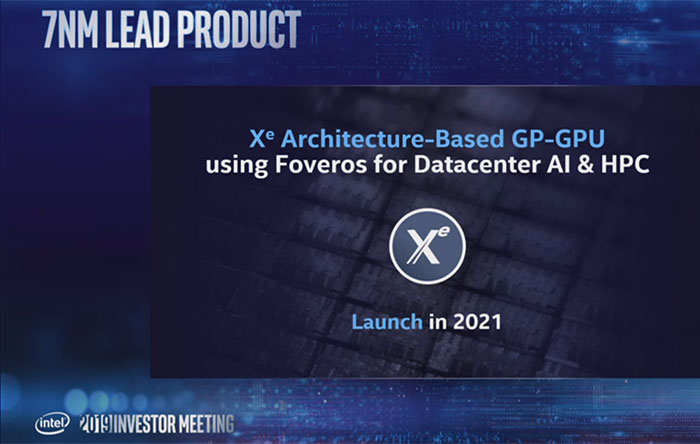 Intel has stated that it didn't confirm that Xe graphics cards would have hardware support for ray tracing, at a recent developer event in Tokyo, wrote PCGamesN in a report yesterday. It puts the confusion down to simple mistranslations from Japanese to English. However, Intel has confirmed that some Xe solutions, like those targeting content creators who indulge in 3D rendering, will offer ray tracing acceleration, says the website.

Hopefully the above has provided a little enlightenment with regard to Intel's Xe raytracing plans. In brief I think it is pointing to a GPU hardware stack where some SKUs have some/more ray tracing acceleration than others. Perhaps it will be somewhat like Nvidia's GeForce GTX / RTX split range of discrete GPU offerings based on the Turing architecture.

Posted by Gentle Viking - Wed 16 Oct 2019 16:43
Nice, looking forward to see if Intel can disrupt the GFX market.
Posted by Tabbykatze - Wed 16 Oct 2019 18:36
AMD tried making a one size fits all architecture and we got Vega. It was very good in the data centre market minus the fact the majority of software is preferably/solely Nvidia. But it left a lot to be desired in the gaming market.

Which was a Raja Koduri design…

Now we have Intel seeming to do the same. I hope Raja has learnt from his mistakes.
Posted by Gentle Viking - Wed 16 Oct 2019 21:39
If he have not, then Intel have definitely hired the wrong guy.
But at this level ( minus when politics are involved ) you are only allowed to make the same mistake once.
Posted by Rubarb - Thu 17 Oct 2019 00:25

Gentle Viking;1338941
If he have not, then Intel have definitely hired the wrong guy.
But at this level ( minus when politics are involved ) you are only allowed to make the same mistake once.

BTW, I'm still not sold on the whole “June 2020” rumour. If you look closely you'll notice that *all* three vanity license plates in that article list “JUN” as the month. I'd hazard a guess that that means that the plate needs renewal come June and nothing else.

I'm also not really counting on Intel to “disrupt” the graphics market. They've tried several times before, but they've always failed. The only reason Intel is a massive player in this market is due to the integrated graphics solutions in most of its CPUs. (Slightly OT: Why doesn't AMD do something similar with the Ryzen 3000 CPUs that only contain one CCD?)