Those that have bought into Nvidia's RTX gaming vision are still waiting for the cascade of real-time raytracing enabled titles to appear on PC. If you go and check the official GeForce RTX showcase page today you will find a list of just six games and one tech demo that are available to give your Turing GPU a raytracing workout. For reference, it is nine months since HEXUS reviewed the Nvidia GeForce RTX 2080 Ti and RTX 2080.

A big help for the Nvidia RTX cause, and real-time raytracing in general via the likes of the Microsoft's DirectX Ray Tracing API (DXR), will be when games engines come packing this 'holy grail' technology. Back in Feb we saw the first versions of the popular Unreal Engine 4 come with real-time ray tracing support (preview feature), and it should have a big effect on the amount of DXR capable titles in due course.

Yesterday Epic Games, the makers of Unreal Engine, shared news concerning one of the biggest games of all time, Fortnite. On YouTube it published the Fortnite X John Wick: Wick's Bounty Trailer (embedded above). This video showcases an update that allows players to be the slick assassin John Wick, within the game.

Although not mentioned in the YouTube blurb, the demo video features an interesting development. The UE Twitter account states that the demo footage was captured with UE4's new raytracing techniques applied. Apparently the trailer features: 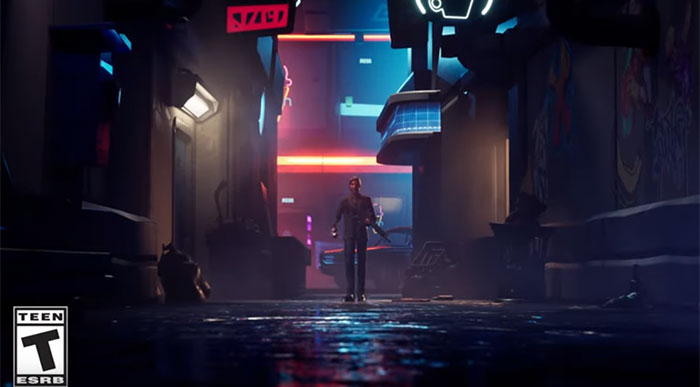 Fortnite isn't an obvious candidate for raytraced graphics with its cartoony style and competitive need for high frame rates. However, looking at the video with the knowledge that raytracing has been applied, one can spot the realistic lighting and shadows in the dark neon-lit rain soaked streets. This illustrates the problem with real-time raytracing - games engines were already quite good at faking realistic lighting so you need to watch out carefully for 'authenticity'.

In other raytracing news, Nvidia published a blog post a few hours ago on the topic of underwater raytraced scenes. It says that it can now "make underwater scenes look photo-real with ray traced water caustics in DXR".

Of course light behaves differently under water and Nvidia's Holger Gruen, a keen snorkeler, has been working on creating convincing lighting simulations of aquatic environments. If you want a deep dive into this aspect of real-time raytracing Nvidia has shared a five minute clip of Gruen talking at the GDC earlier this year.

Posted by Axle_Grease - Sat 18 May 2019 22:41
The purpose of ray-tracing is to improve visual realism. Why implement ray-tracing in games with Pixar style cartoon graphics? Fortnight was never designed to look realistic, so why bother?