The as yet unannounced Nvidia GeForce GTX 1650 was spotted going through the EEC trading area about 10 days ago. This SKU will complete the GTX 16 series for now, unless the earlier rumoured 3GB GTX 1660 (Ti) cards start rolling out at the same time. In our previous GTX 1650 story we predicted the "3DMark, Geekbench, AoTS and / or FFXV scores," would be next in the leaky trail of this graphics card to launch date, and today the eagle eyed Tum Apisak shared the fact that he had spotted this very GPU in the official Final Fantasy XV online benchmarks database.

If you head on over to the FFXV benchmarks page you will find reference to an Nvidia GeForce GTX 1650 in the 1920 x 1080 High Quality, and the 2560 x 1440 Lite Quality tables. In the former table, part reproduced below, you can see that the GTX 1650's performance is somewhere between the AMD Radeon RX 570 and 580 graphics cards. Compared to previous Nvidia graphics cards it performs rather similarly to the GTX 1660 3GB version. 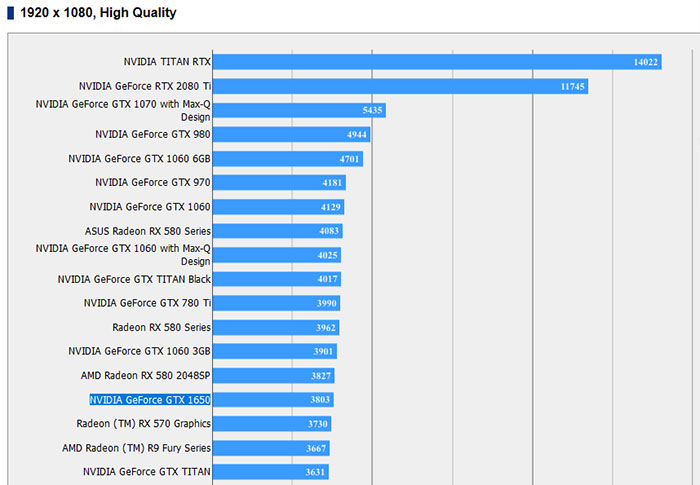 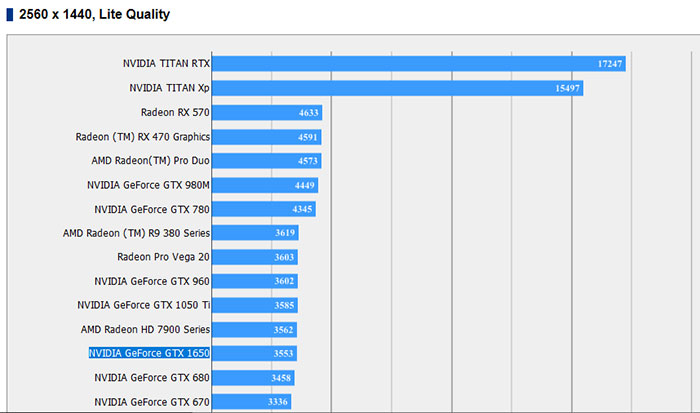 The above tests appear to confirm that the target market for the GTX 1650 is very much those interested in playing modern PC titles in 1080p.

Previously leaked information indicates that the Nvidia GeForce GTX 1650 is based upon the 12nm TU117 GPU with 768 CUDA cores. It is thought that it will come with 4GB of GDDR5 RAM on a 128-bit memory bus. Pricing should be around US$179 or equivalent.

Also, lets not forget the fact that FF benchmark is notoriously NV biased, so NV GPU's will give better performance.
Posted by cptwhite_uk - Sat 30 Mar 2019 08:46
Matches both RX570 and GTX960, something seriously amiss here