Nvidia used its CES 2019 keynote on Sunday evening to launch the GeForce RTX 2060 graphics card. There is a Founders Edition and it looks pretty much identical to the RTX 2070 FE. Furthermore, Nvidia AiB partners have now launched/listed all their alternative designs. At the keynote Nvidia CEO Jensen Huang declared "RTX is here, next gen is on," before continuing to explain his statement was intended for the masses - "For $349 you can enjoy next generation gaming," Huang said to the excited audience. "The long awaited RTX 2060 is here." 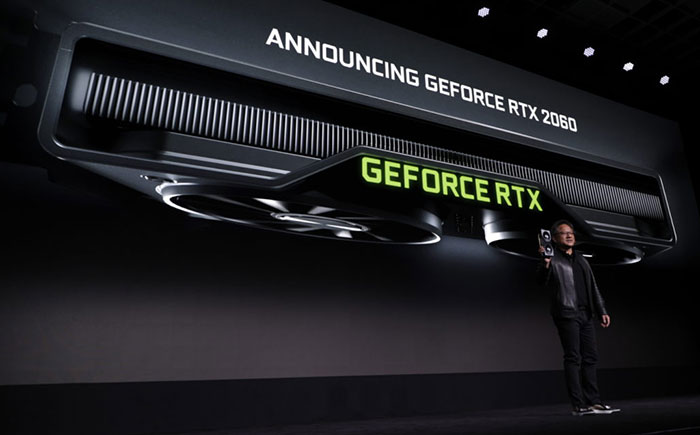 The headline claims for the new GeForce RTX 2060 seem impressive. It is said to be 60 per cent faster than the GTX 1060 on current titles, even beating the GTX 1070Ti. Furthermore, the Turing and Tensor cores mean it can "run Battlefield V with ray tracing at 60 frames per second." The price of US$349 sounds good, but I think we have been desensitized by the rest of the RTX range - the launch price for the GTX 1060 was $249, or $299 for the Founders Edition. 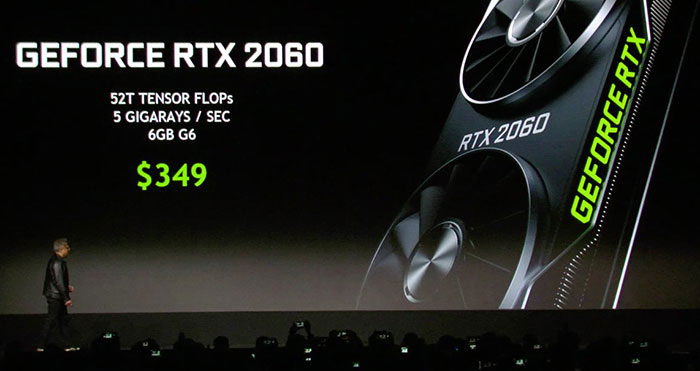 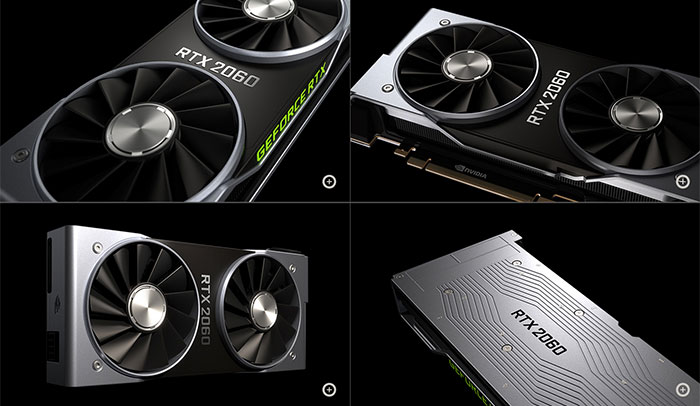 A limited time bundle comes with the new Nvidia GeForce RTX 2060, or desktops pre-installed with the card. Buyers will be able to choose from a free copy of Anthem or Battlefield V with their purchase. Systems makers such as Acer, Alienware, Dell, HP and Lenovo will be making PCs with RTX 2060s inside. 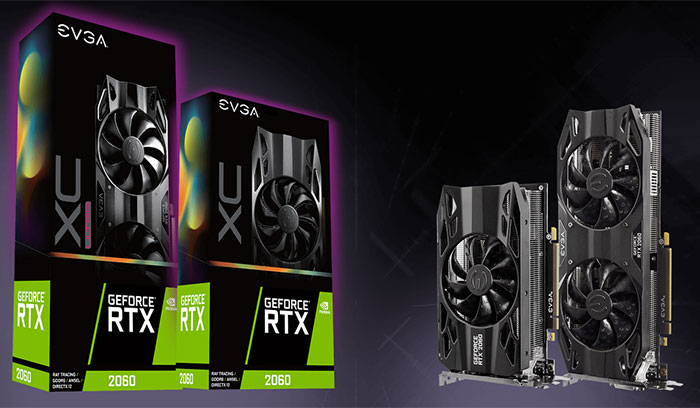 For graphics cards you will be able to turn to the usual brands such as Asus, Colorful, EVGA, Gainward, Galax, Gigabyte, Innovision 3D, MSI, Palit, PNY and Zotac from 15th January. Look for both stock and OC versions of the cards from these vendors. Check my links for product pages. For example; MSI now lists five RTX 2060 cards, Gigabyte/Aorus has six variants, EVGA has six too, and Asus has various Strix, Dual and Turbo versions. 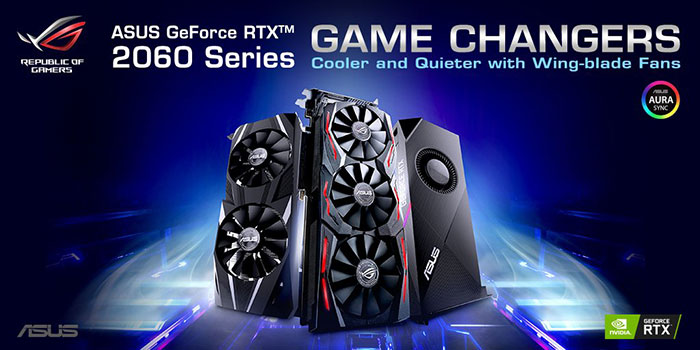 Most of the third party designs look like pretty standard twin-triple fan solutions (as per the current GRT/RTX cards out there), but Gigabyte has a compact single fan board that stood out, dubbed the Gigabyte Geforce RTX 2060 Mini ITX OC 6G (just noticed EVGA had one too, the RTX 2060SC). Another less common design was the blower style RTX 2060 card, with Asus and Galax providing one example each. 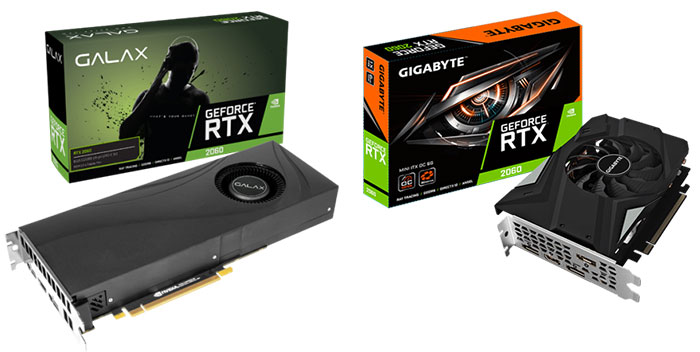 Please stay tuned to HEXUS as we will have a review of a GeForce RTX 2060 FE up here as soon as we are allowed to.

I make the SRP £329 once you account for VAT. I mean, it's a lot of graphics card for £329, but I'm not sure that qualifies as “for the masses”….
Posted by NewtonDeadface - Mon 07 Jan 2019 11:35
Lets hope AMD announces a Navi that can compete with at least the 2060 otherwise Nvidia will price gouge the PC gaming market to stagnation.
Posted by ohmaheid - Mon 07 Jan 2019 12:02
“Furthermore, the Turing and Tensor cores mean it can ”run Battlefield V with ray tracing at 60 frames per second."

I use this argument to define “for the masses”, are you ready?
When the GPU price passes the CPU price of the person that would chose that card considering the CPU/System he has, it is NOT for the masses.