Nvidia has Tweeted to confirm the availability date for the GeForce RTX 2070 graphics cards. The precise wording is "The GeForce RTX 2070 will be available on October 17th". Possibly aware of the pricing 'issue' with its higher-end RTX 2080 and RTX 2080 Ti graphics cards, it added this snippet to the Tweet: "Shop starting at $499 ($599 Founders Edition)," and provided a direct link to its own US store.

No stock at the UK store

HEXUS shared an in-depth look at the Turing architecture, followed up a couple of days later with the full reviews of the Nvidia GeForce RTX 2080 and RTX 2080 Ti a week ago today. These will give enthusiasts some indication of the performance of the upcoming RTX 2070 if we compare the known tech specs of the upcoming card with those we have tested. Nvidia hasn't shared any official gaming performance data for the RTX 2070 as yet. 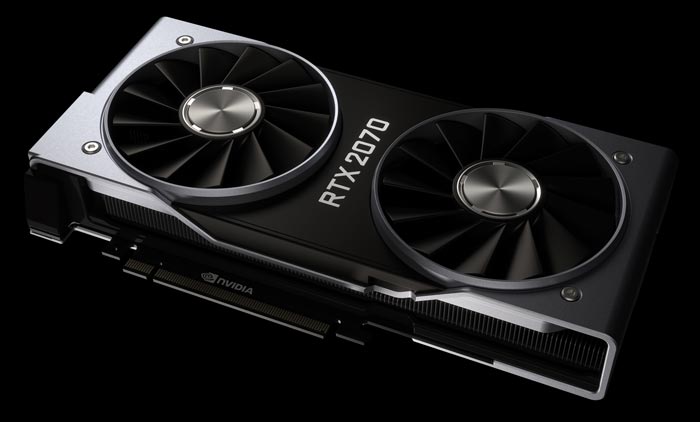 Its nearest neighbour that we have already thoroughly tested, the GeForce RTX 2080 FE, has 2944 CUDA cores (28 per cent more cores) running at a base / boost of 1515MHz / 1800MHz (5 per cent faster boost speed), but with an identical memory configuration. 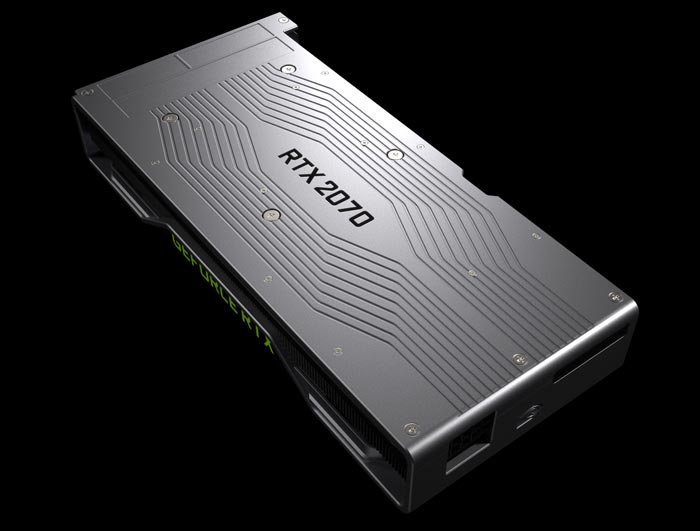 Some may be annoyed that the GeForce RTX 2070 lacks the NVLink multi-GPU connectors available on higher-end models. For further reading on the upcoming GeForce RTX 2070 cards it is worth a look at the Asus lineup of seven SKUs (ROG Strix, DUAL, Turbo series) spotted last week.

Posted by EvilCycle - Wed 26 Sep 2018 13:01
Dropping SLI from the 1060 was one thing, removing multi GPU support from this is unforgivable. The XX70 series is now mid range apparently guys! I really hope AMD use this as an opportunity to undercut them, might be the first time I have used an ATI/AMD GPU in many many years if they do.
Posted by mikeo - Wed 26 Sep 2018 18:33
Crazy.

You can pick up a brand new 1080 TI for pretty much this sort of money. And the RTX 2070 must be going to underperform the 1080 TI by some margin (consider it's pretty much on par with a RTX 2080 in current games).

EvilCycle
Dropping SLI from the 1060 was one thing, removing multi GPU support from this is unforgivable. The XX70 series is now mid range apparently guys! I really hope AMD use this as an opportunity to undercut them, might be the first time I have used an ATI/AMD GPU in many many years if they do.

I get the impression the 2070 is really the 2060, the 2080 is really the 2080Ti, the 2080Ti the Titan. Well, from the pricing definitely. Otherwise I fail to see the reasoning for removing SLI from the 2070, the 2060 perhaps (because it was cheaper to buy two cards for less price and similar performance as the higher end cards, in games that were supported by drivers).

Still, this pricing fiasco is a really naff move by Nvidia, I'd rather give AMD my money and have less performance if this is the way they treat consumers.
Posted by =assassin= - Thu 27 Sep 2018 14:54
Oh joy, another over-priced card with unexciting performance gains! :P This whole 20xx series launch has just turned into one long disappointment. I usually look forwards to new releases, but this time it has been rubbish.
Posted by Moogly - Thu 27 Sep 2018 17:52
Looks like AMD will be getting my money.