Probably one of the highlights of the Nvidia GeForce RTX 20-Series launch was seeing upcoming AAA games with 'RTX On'. In different games, RTX On can mean different things, as the Nvidia newsroom explains here. For Battlefield 5, RTX On means a "broad game adoption of real-time ray tracing" and the RTX-20 Series unveiling presentation made this very clear with video snippets showing all sorts of hyper-real light rays and reflections in the game. 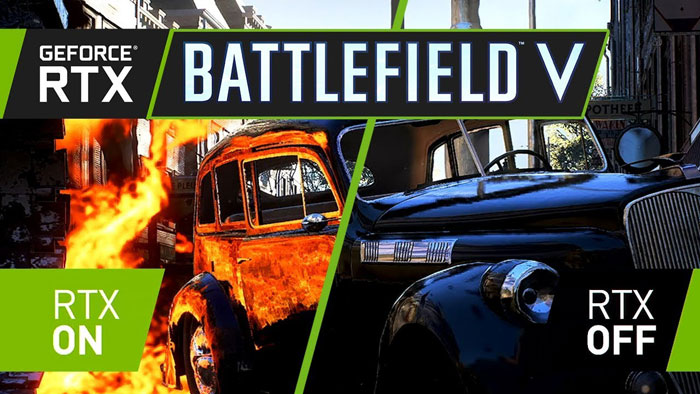 The embargo on Battlefield 5 Rotterdam videos was lifted sometime yesterday and various gaming sites took the chance to try this upcoming WWII FPS with RTX On. I've been watching YouTube segments put together by the likes of Digital Foundry and PC Gamer, - and Nvidia shared a new clip too.

Nvidia's own clip, directly above, shows Battlefield V Rotterdam multiplayer gameplay with RTX On "at a smooth 60 FPS", captured on a GeForce RTX 2080 Ti. Unfortunately there is no frame counter overlay in this clip but we can see that the game is played on an 'RTX Alpha' build.

Digital Foundry went into much more detail in its video (embedded below). As it is associated with EuroGamer you can see a writeup of the video on that more general gaming news site. As an introduction we are reminded that with RTX On specular reflections are rendered by the new RT Cores. That replaces all in-game reflections otherwise/alternatively rendered using cube map or SRR (screen-space reflections) techniques. RTX is more accurate and can show reflections on-screen of things and events off-screen. This could be advantageous in play as you might see someone sneaking around a corner via a reflection, for example.

A few optimisation tricks are being used to "ensure consistent 60fps performance at 1080p resolution" says the EuroGamer report. One example is that rays don't bounce around continuously, a reflection of a reflection will not be ray traced but sent to pre-rendered cube maps to save processing power. Furthermore, ray tracing results are said to require filtering to clean up via a custom temporal filter.

Of course Nvidia and EA/DICE are looking closely in optimising things to get better performance before these games, hardware, and RTX features go live for consumers. That same thrust was made in calming PC gamer worries with SOTTR. However, it this is the top end card, sometimes dipping into sub 60fps territory in 1080p, what will we see with the RTX 2080 and the RTX 2070? 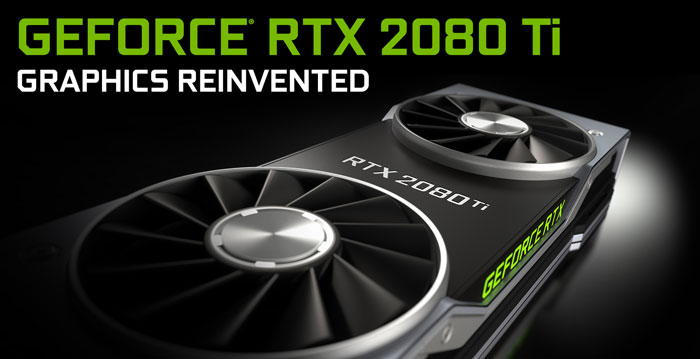 Summing up, EuroGamer says that "this is just the beginning and given tools as powerful as Turing's ray tracing technology, DICE is looking towards a future of rich possibilities". It remains enthusiastic about the tech, though admits the hardware and software we see now are "very much first generation".

Posted by Tunnah - Thu 30 Aug 2018 11:40
It's weird how this is being touted as THE reason to buy it. The comparison that keeps coming up is when tessellation first came about, but tessellation was never a focus of selling, because they were aware of the poor performance.

Nobody buying this card is using it on anything less than 4K, and nobody is going to downscale just so they can see slightly better reflections. And that's all it is - slightly better. The hype is most definitely not real
Posted by Kanoe - Thu 30 Aug 2018 11:43
If I wanted to game at 4k with 30 fps or below I would just stick to my current GPU cause that's what I already get! Also I have never looked at reflections when running round in an FPS and thought I wish they were more reflectioney.

In fast paced games I think the usefulness of this tech is much reduced.
Posted by Troopa - Thu 30 Aug 2018 11:45
I guess it depends on how you play your games, if you generally play on ULTRA 16X etc then you will probably want to get one. For me i generally turn all the effects down to enhance performance so…
Posted by ohmaheid - Thu 30 Aug 2018 12:04
Anti-climatic doesn't really do it justice….
Posted by flearider - Thu 30 Aug 2018 12:54
don't you just love the world today .. always being sold a lie
bigger better faster .. and it's not but hey give us more money for free