Nvidia has announced that it is adding the GeForce GTX 1070 Ti to its GTX 10 roster of gaming GPUs. Ahead of this news there was quite a substantial build-up of leaks and rumours so it is good to see it go official. However, even though it has been launched today, with pre-orders opening up immediately, end users won’t get their mitts on these graphics cards until 2nd November and onwards. 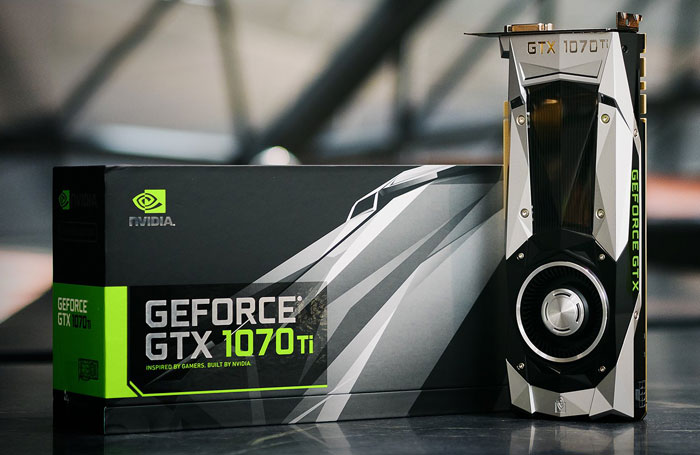 Of course the GeForce GTX 1070 Ti is based upon Nvidia’s Pascal architecture and snuggles in specs, performance and pricing between the currently available GTX 1070 and 1080 designs. Ahead of the official confirmation of the GTX 1070 Ti it was widely believed that it was designed to go head-to-head with AMD’s Radeon Vega 56 graphics cards. That theory still seems reasonable.

Interestingly some rumours ahead of the official news suggested the GTX 1070 Ti would be locked – not overclockable. That sounded a bit silly and indeed, in its email to HEXUS, Nvidia describes the GTX 1070 Ti as “an overclocking monster with plenty of headroom for gamers to crank up the clock speeds”. Furthermore, Nvidia says its partners have gone even further, pushing past stock specs out of the box with their custom cards.

As it is ahead of NDA and Nvidia’s blog doesn’t publish any overclocking info we don’t have anything like that to share with you. Most well-seasoned PC enthusiasts can already have a good guess about the performance and overclockability of the GTX 1070 Ti as it sits between existing similar designs and the number of CUDA cores and reference clocks are now known. 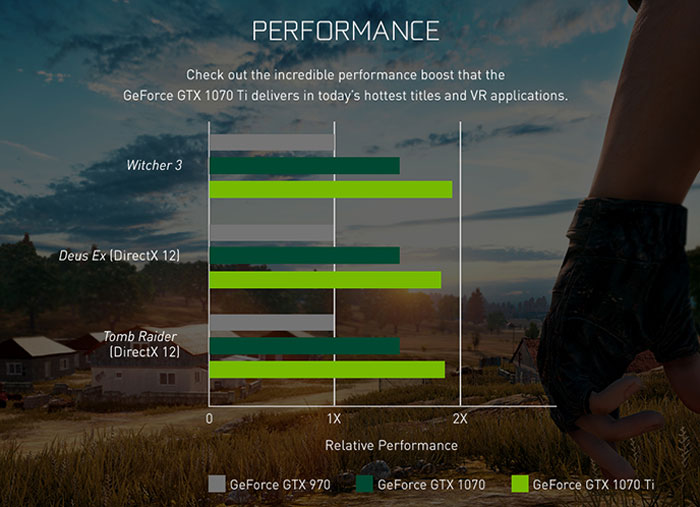 In its own brief marketing friendly comparisons Nvidia doesn’t compare the new card against the GTX 1080 or AMD Radeon Vega 56 but against the GTX 970 and GTX 1070. The chart, above, is still worth a glance though. In a more lyrical description of the new card's performance Nvidia wrote that it “screams through Destiny 2, Shadows of War, Star Wars Battlefront II and PUBG”. 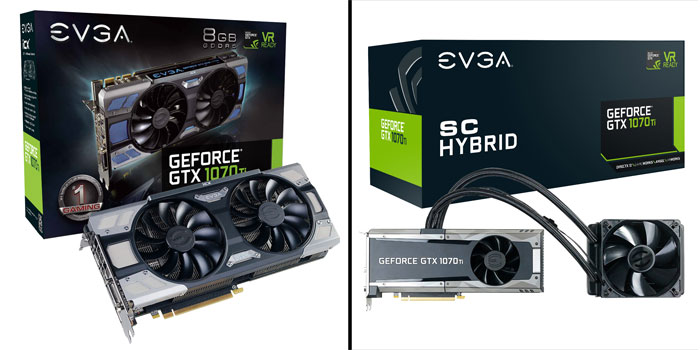 syristix
£419… this is the issue with performance monopoly.
- the increments shown by the cards above no no and no - give me a card that plays 4k at 100 FPS and I'd happily pay the best part of £700 because that would be a game changer and would warrant it - until then I ain't no cows teet stop trying to milk me - rant over ;)

Oh I hear you, but how would they post records profits without milking everyone?