AMD says it will launch the first Zen 3 CPUs later this year, as well as its highly anticipated RDNA 2 GPUs. Zen 2 has proved a winner for AMD so it will be interesting to see the advancements delivered in Zen 3 with its codename Vermeer processors, when they arrive. While we wait patiently, Germany's Igor Wallossek has some tantalising information from his sources to share with regard to a next gen AMD processor with 16C/32T.

Wallossek has shared an OPN code for an unannounced AMD processor as follows: '100-000000059-52_48/35_Y'. Analysis of the code, and taking into account some prior leaks, indicates that the processor has the following qualities:

Moreover, this is claimed to be an Engineering Sample, which typically would be set up with more sedate base/boost clocks than the final shipping version of the processor. 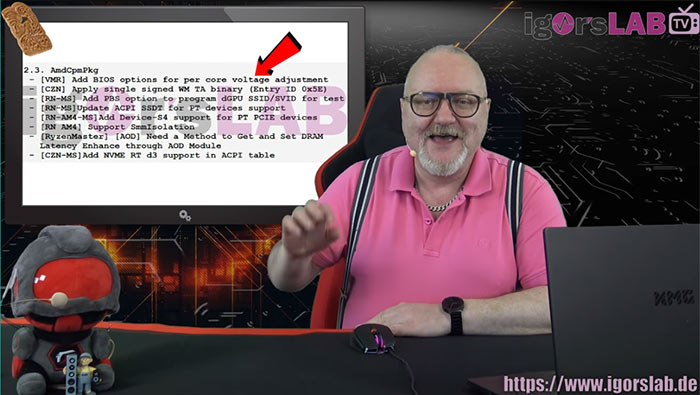 As for the name - our headline says 'AMD Ryzen 9 4950X' but we can't be certain AMD will use the 4000 series for these Vermeer parts, it might be better to call this processor the AMD Ryzen 9 5950X, even though it is the successor to the Ryzen 9 3950X - to bump the series number and avoid previous gen architecture APU comparison confusion.

Intel has been struggling in keeping up with the process advancements that TSMC et al offer AMD, but it has always managed to stay ahead in the MHz race (against Zen) and that is still important in a wide range of PC games.

Lastly, it is important to take Igor's analysis with a pinch of salt as though the information from his sources is taken in good faith, these codenames he has unearthed might not end up being final shipping processors.

Tattysnuc
looking VERY promising.
Does anyone know if these purport to retain the socket compatibility with X570?

Tattysnuc
looking VERY promising.
Does anyone know if these purport to retain the socket compatibility with X570?

I sure hope so. I def bought one earlier this year with the notion X570 would have compatibility with 4000 series. Given the previous backlash I think they learned not to go back on their word.
Posted by deksman2 - Thu 06 Aug 2020 17:02
4.8GhZ boost would be only 100 MhZ higher than 3950X boost.
Still, if this is indeed just an engineering sample, then its possible clock speeds would improve later on.

But, I wouldn't hold my breadth on this end.
The Enhanced 7nm node Zen 3 will be made on is still 7nm (albeit refined).
We don't know how much of a clock increase will there be (if any).
Zen 3 will primarily focus on this being a new uArch which has a more unified design (with big reduction in latencies) and of course IPC improvements (to say the least).
I don't think we should expect large clock improvements on this node.

Given its already early August, and Zen 3 is slated for release late this year, its possible that these might be it in regards to frequencies.