AMD published its Q2 2020 financials a few hours ago. CEO Dr Lisa Su summarised that "We delivered strong second quarter results, led by record notebook and server processor sales as Ryzen and Epyc revenue more than doubled from a year ago". Happily for investors already onboard, the results beat analyst estimates and AMD's stock price is currently over 10 per cent up in afterhours trading. 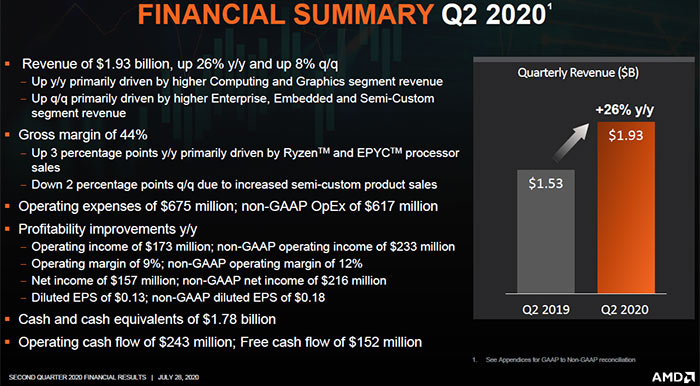 HEXUS readers are typically most interested in AMD's so called Computing and Graphics Segment. You can see the summary of this business segment above. Some highlights are that AMD is enjoying the best client processor revenue in >12 years, it has a plethora of laptop design wins, and it has reconfirmed that it will "launch Zen 3 CPUs, RDNA 2 GPUs and new CDNA data centre GPU architecture in late 2020".

As for Zen 4, this processor architecture will appear first in H2 2021 sometime, as the technology behind AMD's Epyc Genoa lineup. Zen 4 is confirmed as a 5nm processor on the latest roadmaps from AMD. 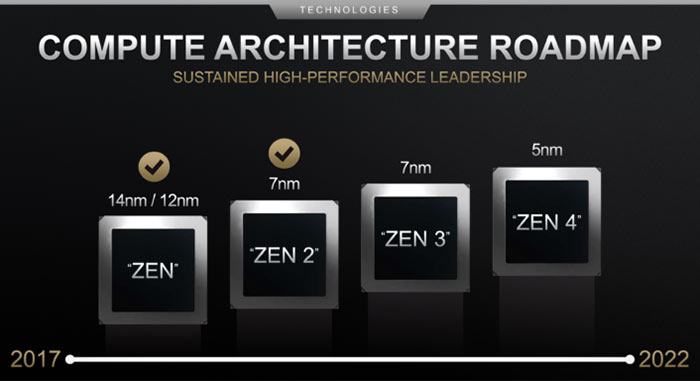 Another news nugget is that AMD has its next-generation console SoC products in mass production right now, readying for holiday season product sales.

Tech industry analyst Patrick Moorhead shared some interesting quotes from the post results earnings call, if you want to read more. A full recording of the webcast is available via the AMD investors' site too.

Posted by Tabbykatze - Wed 29 Jul 2020 10:50
I think something more impressive (unless I'm reading it wrong, i'm not wholly financially savvy) but AMD is still writing their debt off hand over fist. 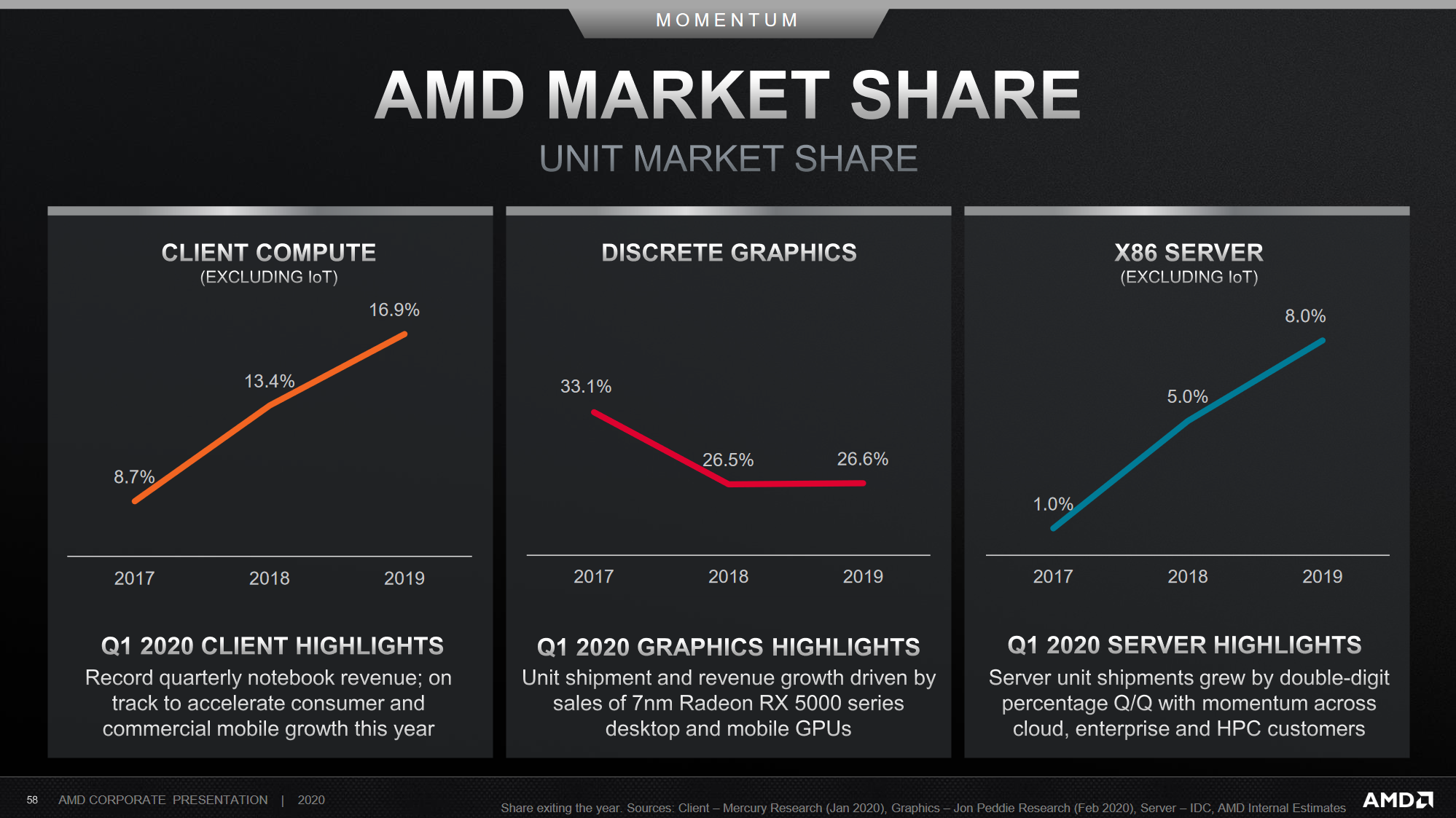 Tabbykatze
I think something more impressive (unless I'm reading it wrong, i'm not wholly financially savvy) but AMD is still writing their debt off hand over fist.

They have managed to write off 75% of their debt since 2015 and on their current trajectory they'll have written off their red book debt from nearly a decade past within a year. That is quite exciting because then there'll be no spectre cutting into their margins with no gains.

Very impressive, but there literally is that much money in it.

When they finally pay it off, this will obviously go in the pot with the rest of the cash going forward (very rough description).

Even then, these amounts are absolutely chump change in the scheme of things. I see AMD being very, very financially healthy very soon.

Intel must really be trembling, keeping AMD without funds, was one of the biggest tools they had to suppress competition.

Given they're struggling as it is, once the financial distribution is flipped, it will likely get much worse, much more quickly.
Posted by [GSV]Trig - Wed 29 Jul 2020 16:54
And I so nearly bought AMD shares a few years ago..

Nice to see them kicking both Intel and NVidia though, competition is gooood.