Intel's Lakefield CPUs are rather interesting processors. They are a first for Intel in a number of ways. The tiny 12 x 12 x 1mm packages are Intel's first for consumers to leverage Foveros 3D-stacking tech, and the other major first is that the core types are mixed to present a 'hybrid CPU'. Built on 10nm, the first Intel Lakefield CPUs come packing 5C/5T. The 'hybrid' from the description refers to Intel's take on big.LITTLE - as it has included a single performance scalable 10nm 'Sunny Cove' core alongside four power-efficient 'Tremont' cores. In theory this should provide the best-of-both-worlds, within the power envelope given, with Sunny Cove used for nippy single core operations, and the Tremont cores helping to shoulder multi-threaded tasks. 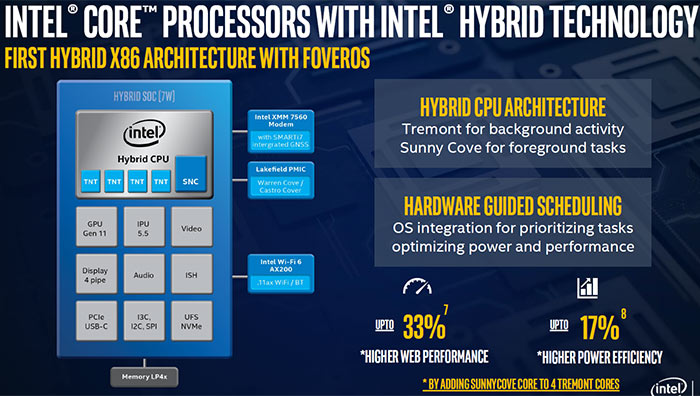 Last month, the Samsung Galaxy Book S launched in an Intel Lakefield CPU version. It had previously been available powered by the Qualcomm Snapdragon 8cx running Windows 10. Earlier this month, after Samsung's announcement for some reason, Intel officially launched its Lakefield 3D packaged hybrid processors. The Samsung Galaxy Book S with Lakefield CPU is only just starting to become available though, and the only other Lakefield device we know of with a confirmed release window is the Lenovo's ThinkPad X1 Fold, coming later in 2020. 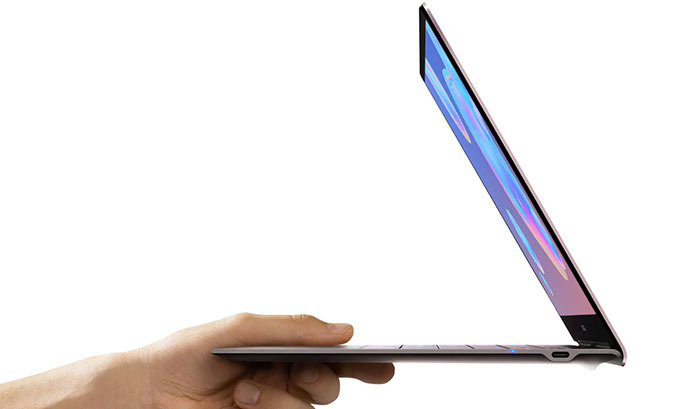 Laptop-centric tech site NotebookCheck is one of the first to get their hands on a Samsung Galaxy Book S (Intel) and has quickly run it through a number of tests to assess its capabilities. To cut a long story short, the site is rather underwhelmed by Intel's answer to the Snapdragon 8cx, but isn't quite sure if it’s the hardware or software to blame.

The processor used by the Intel version of the Samsung Galaxy Book S is a Core i5-L16G7. You can check out the full official specs on the Ark. In brief, it has the aforementioned CPU core configuration running at base/boost of 1.4/3.0GHz, with 4MB cache, in a 7W envelope. It supports a max 8GB of RAM, with 34GB/s bandwidth, and Gen.11 Intel UHD Graphics (Iris Plus Graphics G7) with 64 Execution Units are onboard. NotebookCheck highlights that the graphics cores run much slower on this 7W part than on 15W models.

So, how does the first Lakefield processor tested perform? In single core mode it is surprising to hear that the Lakefield chip "even falls behind the old Amber Lake dual-core m3-8100Y". The Arm-based SD8cx chip beats it convincingly in Geekbench. It is thought the main culprit is the Lakefield boost speed never getting near to the advertised 3.0GHz, maxing out at about 2.4GHz for NotebookCheck. 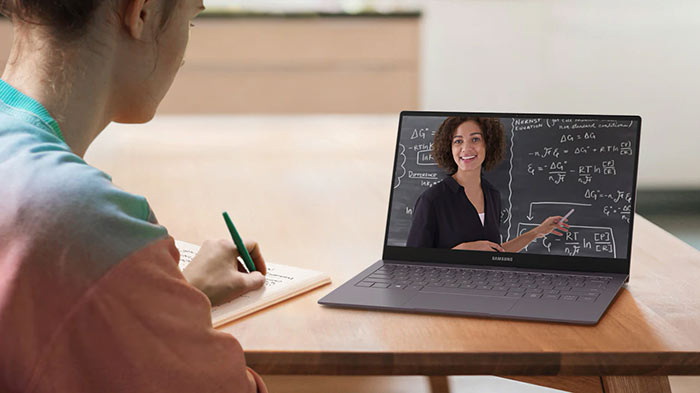 Browser performance wasn't very inspiring either, with the Lakefield sitting not very comfortably above Pentium and Celeron CPUs on the whole - not much better than the SD8cx. Last but not least, we warned about the GPU clocks above and that lack of power / low clock speeds is reflected in an uninspiring showing in 3DMark and in games like Dota 2.

In conclusion, as per our headline, the Lakefield CPU isn't going to rock your world but it does manage to compete against a model equipped with the SD8cx. The price is the same it seems, but NotebookCheck hasn't had a proper look at battery life yet. Another interesting point raised by a NotebookCheck reader is that the current version of Windows 10 doesn't support Lakefield scheduling, so it is operating as a quad-core Atom part in the tests, as the OS needs a patch or update to make full use of this CPU. If this is the case it is quite an oversight by Samsung, Intel and/or Microsoft. I'm not sure if the Task Manager / Cinebench composite shots, as below, show this problem. 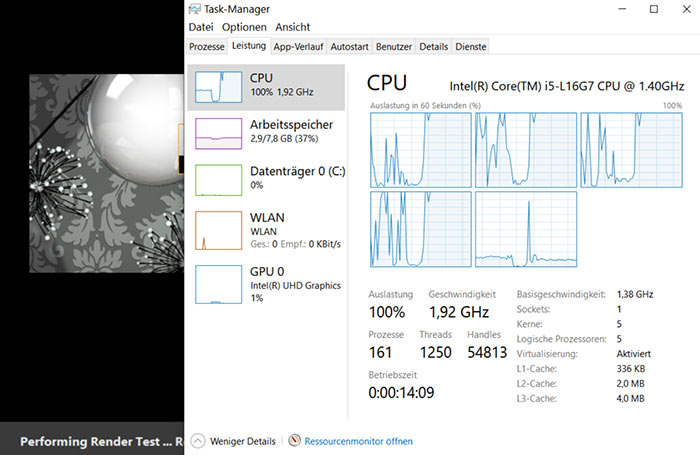 If that issue is curtailing performance presumably it'll shorten battery life as well.
Posted by lumireleon - Fri 26 Jun 2020 16:59
no Cinebench but can it run crysis?
Posted by 3dcandy - Fri 26 Jun 2020 17:22
I just actually lolled at how poor Intel and their partners are executing things right now…
Posted by Tabbykatze - Fri 26 Jun 2020 17:28
Tbh, it does look like either a misreporting of the preferred core to Windows or the Windows Scheduler was FUBAR in these tests.

However, from my understanding of core architecture, the Intel Lakefield was being overly aggressive in moving the cinebench test between cores even though it was running at the max.