Intel has outlined its end of life plans for its Coffee Lake desktop processors. In a PCN (PDF file link) published yesterday it announced that orders for these CPUs will not be available after 18th December 2020. Of course it would like OEMs and consumers to adopt its latest platforms. On the desktop that would mean 9th gen Coffee Lake refresh CPUs and 10th gen Comet Lake CPUs. 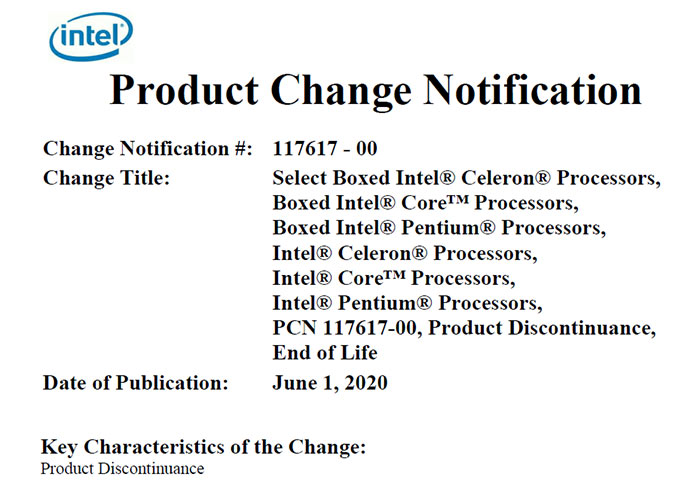 The top of the line Coffee Lake processor for consumer desktops was the Intel Core i7-8700K, launched in Q4 2017. HEXUS reviewed this processor at the time, which was heralded as a six-core (12 thread) mainstream flagship. Those specs are roughly in line with a modern Core-i5 CPU like the Intel Core i5-10600K. The newest Intel flagship CPU for enthusiasts, the Core i9-10900K, packs 10C/20T and runs at up to 5.3GHz - but it is still on 14nm. 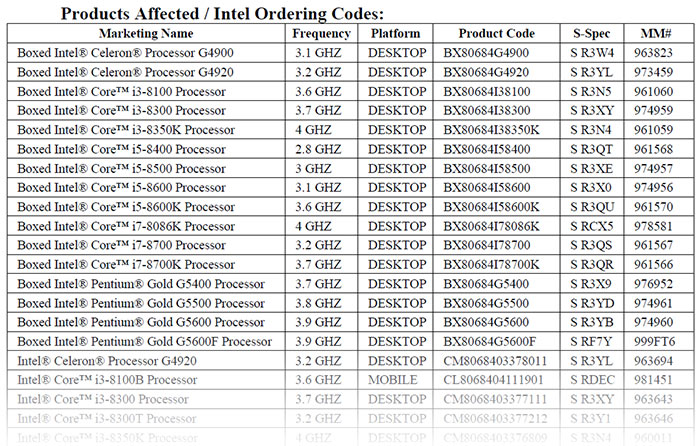 Not all of the outgoing Coffee Lake processors have replacements available. Currently it isn't easy to find lower TDP 'T' suffixed parts, for example. However, it is still a few months before the 8th gen processors cease to be available. Overall, this PCN isn't that important for enthusiasts who would usually keep up with the latest generation CPU offerings for upgrades.

Dead as a dodecahedron

In another announcement, affecting a newer line of processors, Intel is to cease selling the Core i9-9900K and Core i9-9900KS in the special dodecahedron packaging. That probably isn't at all important to new buyers but will help make the packaging a bit of a collector's item, so is perhaps a benefit for existing owners.

Intel issued PCNs for quite a number of things yesterday, as well as the processors mentioned above. Notably, various NUC and Compute Stick models are also on their way out.

Gentle Viking;1338941
Hello Intel.
The rain forest told me to say Thank you so very much :mrgreen:

I know it's bad, but I really would like to have one of thoses dodecahedric boxes on my shelf, don't really care for the cpu but the box is really cute :)
Posted by kalniel - Wed 03 Jun 2020 08:19

abcvd22
I know it's bad, but I really would like to have one of thoses dodecahedric boxes on my shelf, don't really care for the cpu but the box is really cute :)

You should have said earlier.. I've just got rid of mine.