The HEXUS editor was very impressed with the AMD Ryzen Threadripper 3990X CPU, as you can read in our day one review, published on Friday. The processor won a coveted HEXUS performance award and the editor doled out lashings of praise for this 128-thread CPU, calling it the "emperor of multi-threaded apps," which pushes HEDT to new heights, comes with a feature rich chipset and "annihilates Intel HEDT."

It seems like extreme overclocking enthusiasts have wasted no time in pushing the Threadripper 3990X to its limits, seeing how it compares to the current crème-de-la-crème and how it performs in popular benchmarks. Over its first weekend the top-end 7nm Zen 2 based Threadripper has made claim to four out of the eight HWBOT World Records - CPU Benchmarks. 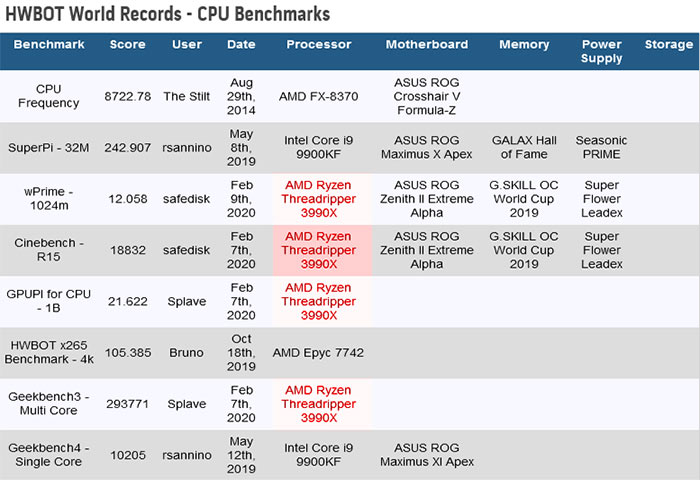 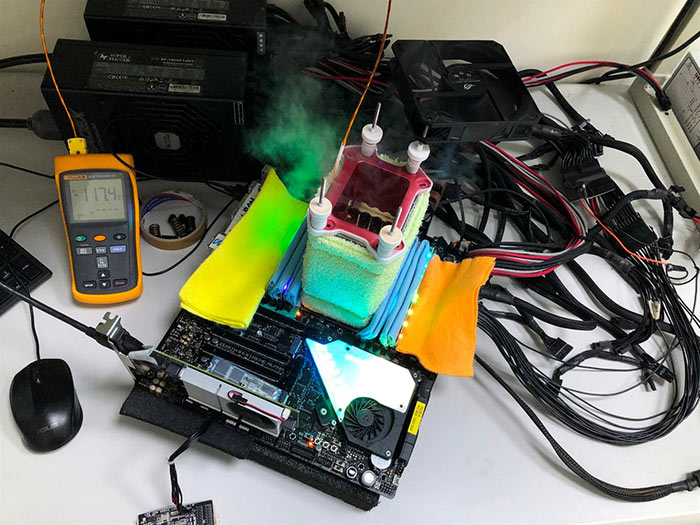 Safedisk used LN2 cooling to chill his TR 3990X and achieve 5,225MHz on all cores an 80 epr cent overclock. The PC system used 32GB of G.Skill DDR4 RAM, and an Asus ROG Zenith II Extreme Alpha TRX40 motherboard. You can see the colourful LN2 cooled setup above, and the validated benchmark score below. 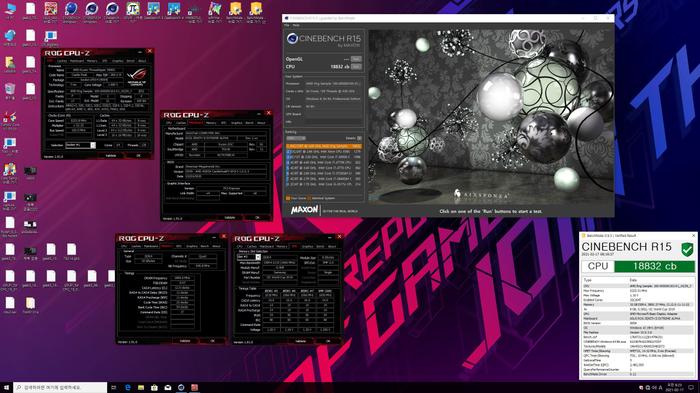 Safedisk also achieved the highest OC of the TR 3990X so far according to HWBOT. His 5,573.7MHz achievement represents a 92 per cent overclock.

Splave used an overclock of 5,375MHz (+85.34 per cent) to achieve his Geekbench3 - Multi Core record. His system featured 32GB of G.Skill Trident Neo DDR4 3,800MHz c14 RAM, installed on an ASRock TRX40 Taichi motherboard. You can check the validation screen below, or go to this link. Splave's wPrime - 1024m record breaking score was achieved at a faster clock speed - 5,400.27MHz. 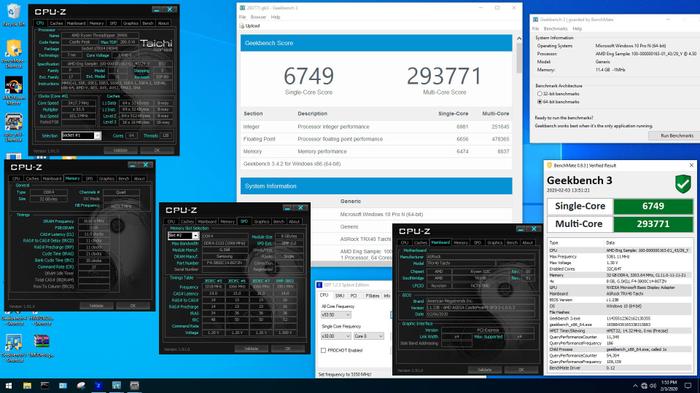 AMD's Ryzen Threadripper 3990X is available to purchase for the pleasingly symmetrical sum of $3990 in the US and £3,689 in the UK where outlets like Scan have stock available.

Posted by Yoyoyo69 - Tue 11 Feb 2020 13:50
Usually when opposition perform their own comparisons, they look for, target and concentrate on highlighting weaknesses.

No wonder Intel were on a slagging match, they stand no chance.
Posted by KultiVator - Tue 11 Feb 2020 15:37
Intel will be back, but for now AMD can't seem to do much wrong (maybe just their video drivers could be made a touch more reliable ahead of the Big Navi launch).
Posted by sinhaomar - Wed 12 Feb 2020 12:58
Extereme top results are impressive. Whould be more interesting to see light home overclocking))