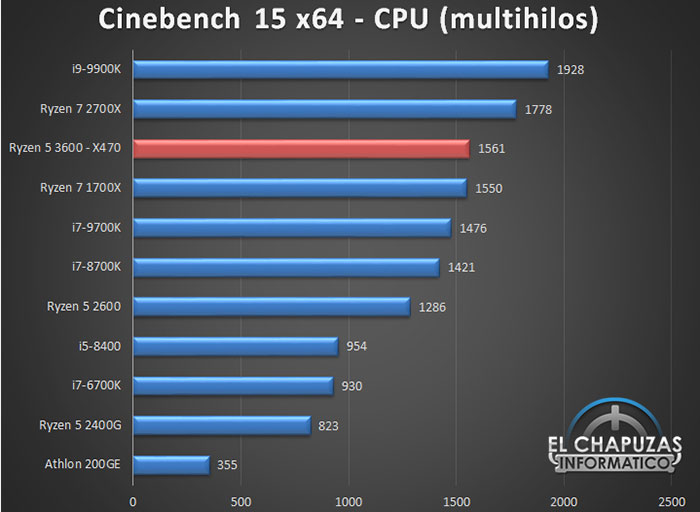 Overall the El Chapuzas Informatico review is quite comprehensive then, but some might question its choice of comparison processors (varies between tests), and that at this very early stage it didn't have access to an AMD X500 series motherboard, namely an X570 board. The X470 motherboard used does have the latest BIOS supporting 3rd gen Ryzen, however the reviewer noted that any OC activity via multiplier adjustment resulted in a system freeze. 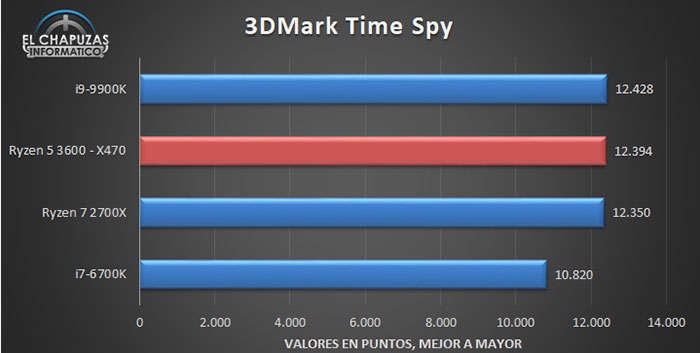 I've shared a few of the review benchmark tables above and below, one from each app category, but the source site has quite a few more - as indicted in the intro. It is worth mentioning the base system configuration which is bullet pointed below:

It is noted that under testing with the stock cooler, the processor temperature varied from about 40ºC at rest to about 75ºC under stress. 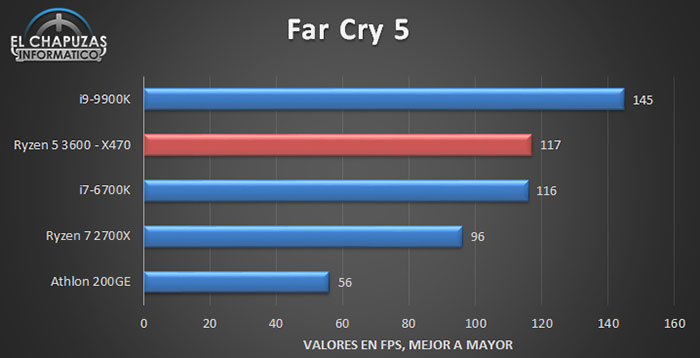 In conclusion El Chapuzas Informatico said that "IPC has increased remarkably, improving in addition the performance in games, where it surpasses even the 2700X of previous generation and approaches the i9-9900K." That is a good uplift in comparison to the previous gen Ryzen 5 2600, it says. Finally the site says it will published an updated review on 7th July "like the rest" of the media, this time using an X570 motherboard.

AMD Gaming has Tweeted confirming games bundles will be ready for the launch of the Radeon RX 5700 series graphics cards and select 3rd Gen AMD Ryzen processors when they launch next month. The announcement video is embedded below.

In brief, buyers of AMD's latest wares will receive an Xbox Game Pass subscription valid for three months. As covered previously, this pass provides a library of 100+ games. 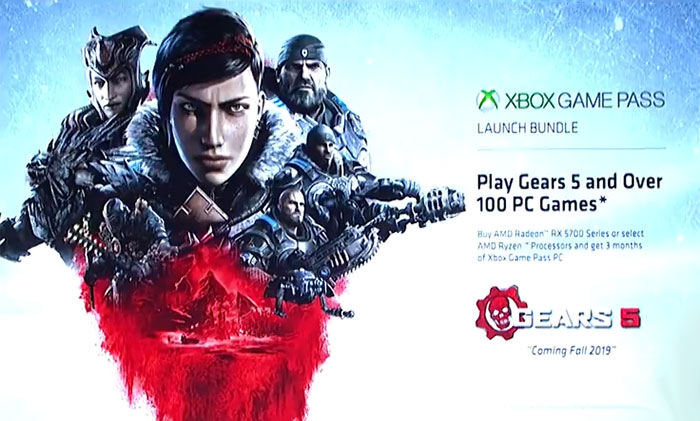 kalniel
Not impressed with the bundled pass though - I'd like something that's going to last more than 3 months with my CPU/GPU purchase..

I mean not everyone even gets freebies on release and the fact you get to have a taste of those 100 games means you can then go and purchase them at a later date If you do like them, furthermore the game pass is available cheap from third parties and can make it cheaper than buying games on release. All to their own though.
Posted by azrael- - Tue 25 Jun 2019 11:47
SHUT UP AND TAKE MY MONEY!