You are here:
CPU Tablets News

Apple talked up the processing power in the new 2018 iPad Pro models at the launch event on Tuesday in New York. Powered by the octa-core 7nm Apple A12X Bionic chip with 64-bit architecture, Neural Engine, and embedded M12 coprocessor it was claimed that the newest redesigned iPad Pro models were "faster than 92 per cent of portable PCs," and delivered graphics "on a par with the Xbox One S". 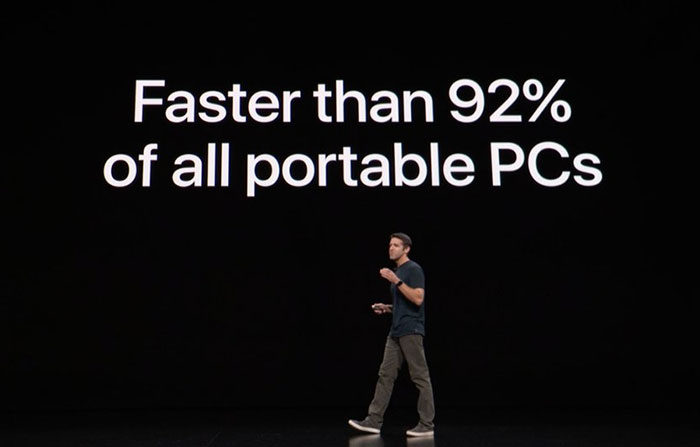 Ahead of the general availability of the redesigned and beefed up iPad Pro models (Tuesday, 6th Nov) some third party benchmark runs have been spotted on Geekbench. 9to5 Mac spotted the impressive scores and commented that they rival Apple's newest laptops packing Intel's latest Core i7 processors. 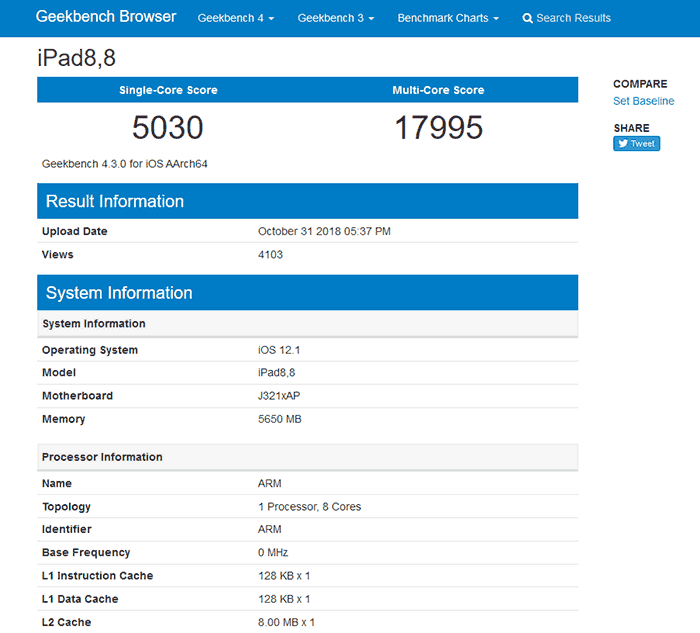 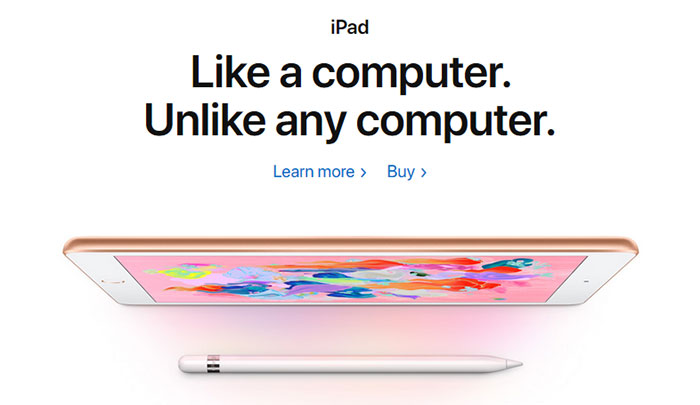 Signing off my Apple 'There's more in the making' launch event news back in mid October, I noted that well known analyst Ming-Chi Kuo said that Macs will adopt Apple's A-series processors in some form starting from 2020 or 2021. Bloomberg sources indicated a similar strategic move earlier this year. With the Apple A12X already looking like a good competitor for mobile Intel Core i5 and i7 chips, the signs are good for Apple's smooth transition to further vertical integration in Mac computers.

Posted by CAT-THE-FIFTH - Fri 02 Nov 2018 14:19
Geekbench like many of these benchmarks means nothing in the realworld and it's very easy to make sure you can run optimisations to make scores look higher.

Plus TBH for most basic stuff even an SB Core i3 would be fine. I wish instead of optimising for benchmarks these mobile devices worked on dropping power instead.
Posted by deepblue08 - Fri 02 Nov 2018 14:25
No wonder Apple is considering moving away from Intel's chips.
Posted by sykobee - Fri 02 Nov 2018 14:46
Yeah, it's Geekbench.

Still, the trend is clear. And soon we'll be able to compare Photoshop directly, and that will be a real world comparison.

Still, the trend is clear. And soon we'll be able to compare Photoshop directly, and that will be a real world comparison.

Also I think we'd all agree that the GPU on this will smash any Intel iGPU into a thin watery paste.

Again will be an equivalent version with full functionality?

Will the performance be sustained over a hour of processing RAWs? Or just a best case scenario for the tablet? For instance some of the stuff I do involves processing over a 100 RAWs in a batch with noise reduction.

All these headline figures are probably short term benchmarks and with Apple and Samsung charging more and more they need to find a way to sell stuff.
Posted by LSG501 - Fri 02 Nov 2018 16:21
Geekbench… yeah I never trust that one as it seems to be a little too heavily ‘optimised’ for arm cpu's and iOS versus other OS's and/or x86/x64.

Basically I'll believe it when I see it when an iPad Pro can keep up with ‘professional’ requirements in graphic design.