Evidence seen by HEXUS indicates that a marketing representative of Cooler Master gained access to an invite-only, private press briefing held last week in France by its competitor Antec.

Further evidence seen by HEXUS shows that both Cedric Pineau, "en charge du bureau France Cooler Master", seems to admit both knowledge of Hallot's actions and his responsibility for Hallot's behaviour, which he agrees "n'est pas appréciable" (‘is not acceptable').

Admission that Hallot acquired one of Antec's USB memory sticks is also made, though, surprisingly we think, Pineau seems somewhat dismissive of its contents stating it "n'est nullement confidentiel" (‘is not confidential').

No mention is made by Pineau regarding the manner in which Hallot gained access to the event; whether Pineau or anyone else at Cooler Master had prior knowledge of Hallot's intentions before engaging in what seems to be an act of pre-mediated espionage and what Cooler Master has done with the information wrongly taken from Antec.

We understand that Jérémie Hallot has been only quite recently engaged by Cooler Master and is (or was) recently a significant figure associated with a French gaming clan called ‘D4gaming', which, amongst others, is presently sponsored by 'steelseries' (which offers some products which compete with Cooler Master's own 'CM Storm' offerings) and claims some kind of partnership with Intel. 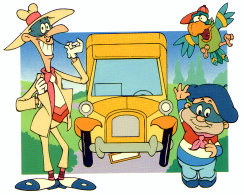 Posted by llololloy - Tue 10 Nov 2009 21:08
Am I alone in thinking this isn't a big deal. I thought companies watched each other all the time.
It's not like they snuck into their R&D, this was a meeting with none antec people, how did they know one of them wouldn't go to coolermaster or zalman or lian li with some of the info?
Posted by edzieba - Tue 10 Nov 2009 22:18

llololloy
how did they know one of them wouldn't go to coolermaster or zalman or lian li with some of the info?

It's called a Non-Disclosure Agreement, or NDA, and they're legally binding. Breaking one generally means you can say goodbye to whatever relationship you had with a company, and find yourself in significant difficulty dealing with almost any other company. Nobody wants to work with someone who might leak information to competitors.