Fanless cooling specialist case maker Turemetal has a number of chassis and PSUs in its online store. The beefiest chassis it has is the UP10 fanless case which is advertised as being capable of handling up to EATX motherboards, CPUs up to 140W, and GPUs up to 160W, as well as your choice of ATX or SFX power.

Yesterday Fanless Tech spotted the Turemetal founder pushing the UP10 a fair bit beyond those advertised limits. It reports that "Turemetal's mastermind Mical Wong managed to passively-cool the high-octane GeForce RTX 3080," passively in the chassis which is packed with thick aluminium fins and heatpipes. 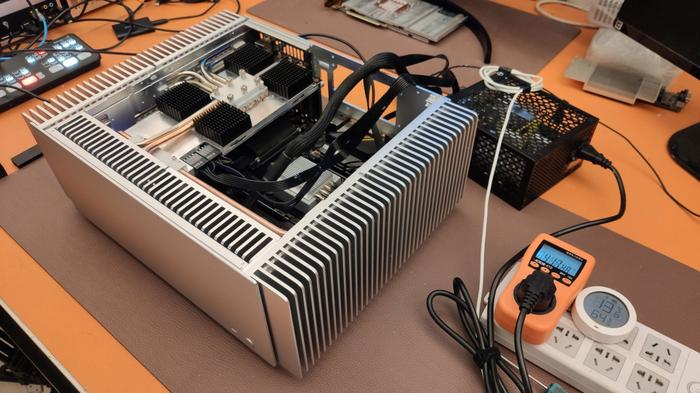 You can see more images from the thermal limits-stretching venture on Wong's Twitter account. He shows that the full system is pulling about 410W from the mains socket. That's somewhat more than the combined numbers above, suggesting the TU10 is capable of cooling a 300W system. Actually the Nvidia GeForce RTX 3080 Founders Edition is rated at 320W alone.

Wong ran the Furmark stress test to show what the UP10 was capable of with the RTX 3080 / R5 5600X inside. However, as many Twitter responses have noted the graph shows that the test was ended a little prematurely, in just a few minutes, before the temperature curve stabilised. The GPU had started the test at 18°C and reached a toasty 87°C and while the curve was almost flattening but wasn't quite there. 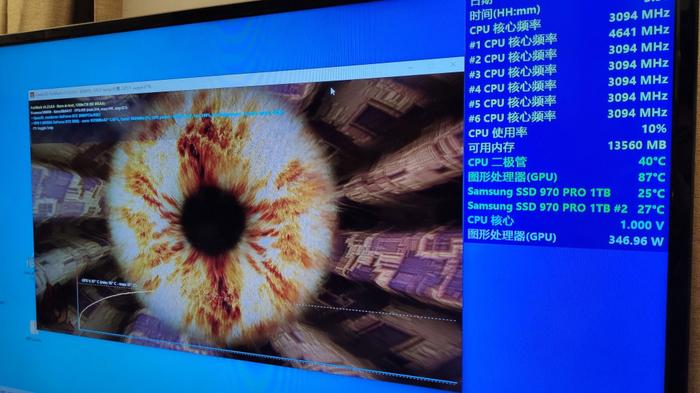 Other observations are that the room temperature was low, at just 13.6°C, and the CPU in the system was not under any pressure (10 per cent load at screenshot time). With a more normal room temperature levels and a balanced load stressing CPU and GPU the system might start throttling quite quickly. On the other hand, Wong could have underclocked, reduced the power limit, and/or undervolted the GPU to run it at up to 100W less but retaining a worthwhile chunk of its performance in a stable passive system.

At the time of writing RTX 3080 GPUs are pretty hard to find unless you are willing to stump up scalper friendly prices. Add onto this the approximate US$800 UP10 price and this kind of system is going to cost you a pretty penny.

Totally agree. I like the idea of pure fanless systems but slow spinning fans will drastically improve temperatures/performance without really impacting on noise in most cases.
Posted by Corky34 - Fri 19 Feb 2021 08:46
If the picture is anything to go by then I'd guess we'd see a few degrees more if the PSU (assuming that's fanless) was in the case and the top cover was on. Not knocking that case though as it's lovely it's just he's maybe asking too much of it.
Posted by gagaga - Sat 20 Feb 2021 13:21

Totally agree. I like the idea of pure fanless systems but slow spinning fans will drastically improve temperatures/performance without really impacting on noise in most cases.

Have a selection of fanless PCs in mostly Akasa cases - they struggle in the UK with no AC and no forced air circulation. Over heating/throttling is common. A slow fan makes an enormous difference.
Posted by Jonj1611 - Sat 20 Feb 2021 14:05
Bet that thing weighs a ton