Apple didn't just launch new iPhones yesterday evening in Cupertino. The iconic tech firm also introduced a new iPad, iPad OS, a new Watch, and shared fresh info on Apple TV+ and Apple Arcade. After six generations of the 'regular' iPad, this seventh gen device is the first to sport a screen larger than 10-inches in diagonal - yet remains a similar size to hold. The new standard iPad still costs from US$329 (£349) and looks much the same but offers some worthy upgrades.

Apple's upgraded iPad is built around a 10.2-inch Retina IPS display (2160x1620-pixels) with a 500nits max brightness. 'Regular' iPad support for the Apple Pencil (Gen 1) started last year, and it is shown in many images alongside this stylus and the newly supported full-size Smart Keyboard cover. 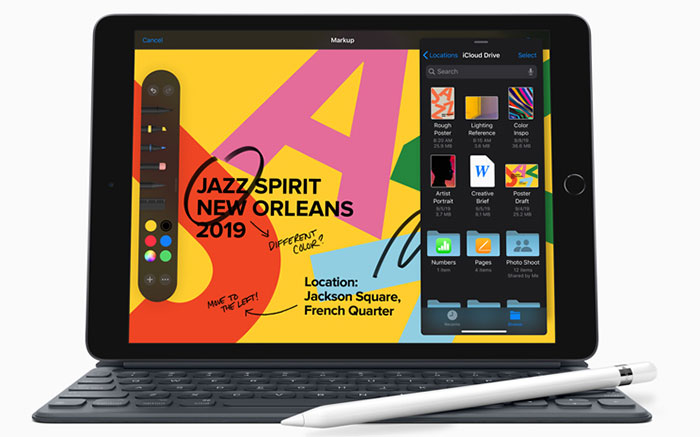 Inside you will find the A10 Fusion chip, which is said to be great for multitasking and gaming and gives this iPad "up to two times faster performance over the top-selling Windows PC". Other features worth mentioning are the; built-in FaceTime HD camera and 8MP back camera, advanced sensors for AR experiences, 100 per cent recycled aluminium chassis, stereo speakers, dual microphones, Touch ID, Wi-Fi plus Bluetooth with LTE options, and USB Type-C connector. As usual, you will get about 10 hours use from a full charge. 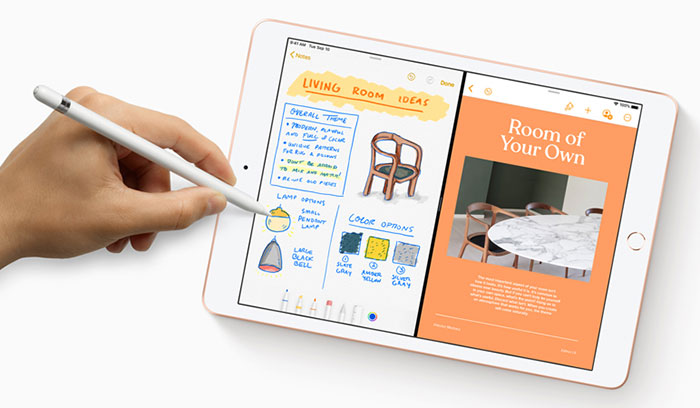 iPad OS makes its debut alongside the 7th gen iPad. Apple has lots of tablet optimised apps in its store so it is good to have the OS significantly tweaked for the bigger screen too. "The new iPad was built to run iPadOS, which introduces powerful new ways to multitask, manage and mark up documents, use Apple Pencil and view more information at a glance on a redesigned Home screen," said Greg Joswiak, Apple’s vice president of Product Marketing. This makes it better for all the tasks you already enjoy on your iPad, like "creating, learning, working and playing," added Joswiak.

Apple Watch Series 5 starts at $399 for the GPS version and you can add another $100 if you want 4G connectivity. Apple will continue to sell the older Series 3 Watch at $199. 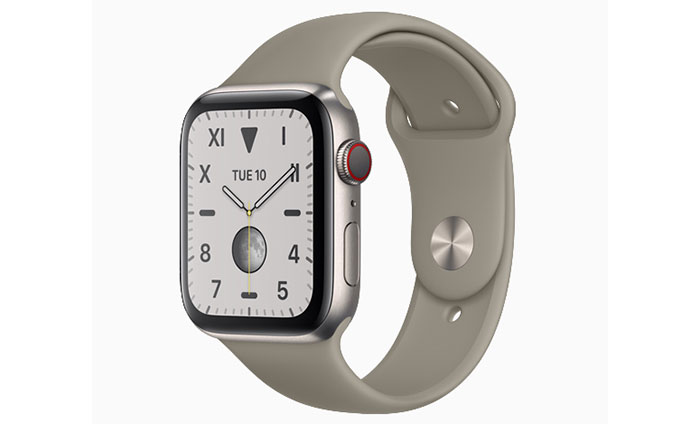 Apple Watch buyers can choose casing materials such as aluminium, ceramic and stainless steel, as well as titanium - a first for the Watch (example pictured above). A wide range of watch bands are also available.

We have news about Apple's upcoming subscription services. Apple TV+ is set to launch on 1st Nov in 100 countries, and starts at $4.99 for a family account. New iPhone, iPad, Mac or Apple TV purchasers will get a year free. Apple showed off a number of new exclusive series and dramas. You will be able to watch Apple TV+ on a wide selection of non-Apple devices like smart TVs and HDMI streaming stick type dongles. 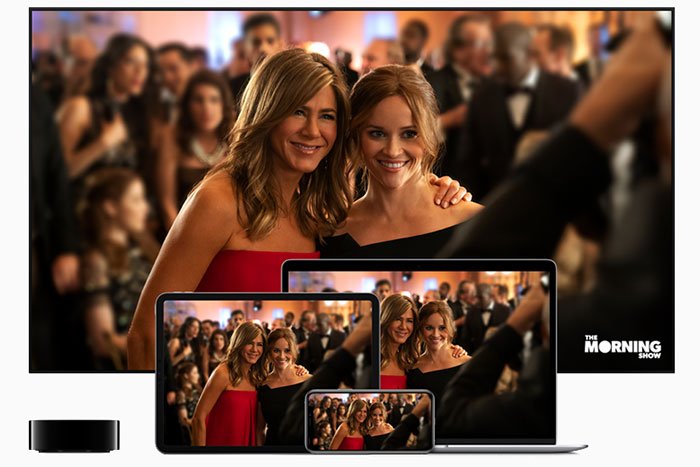 Apple Arcade gaming subscriptions are set to go live from 19th Sept, in 150 countries, and are priced starting at $4.99pcm for families. 100 games will be available at launch and users. Apple will roll out a new version of the App Store with an Arcade tab where you can get started. Like with the video service, new titles will be added every month. A free one-month trial will be available on the platforms it supports; iOS 13, iPadOS, tvOS12, and MacOS Catalina. 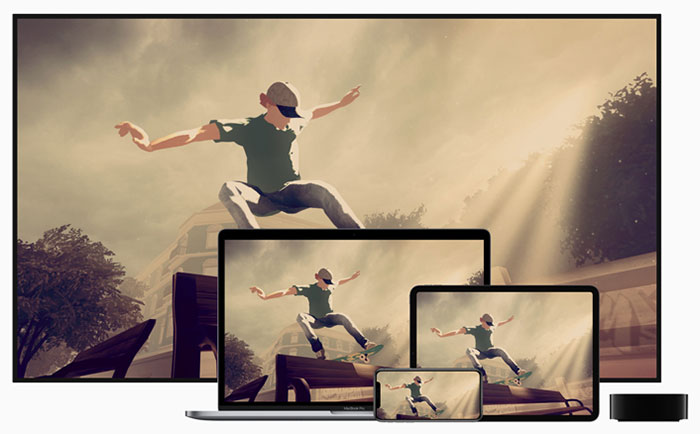 MrRockliffe
You mention that it's the first regular iPad to offer pencil support, however I thought the previous generation iPad did

MrRockliffe
You mention that it's the first regular iPad to offer pencil support, however I thought the previous generation iPad did

The iPad Air definitely has had Pencil support for some time and you're right about iPad 6th Gen having support as well.
Posted by [GSV]Trig - Wed 11 Sep 2019 14:36
Just out of interest, what is “the top-selling Windows PC”?
Posted by Hoonigan - Wed 11 Sep 2019 14:41
A Series 3 Apple Watch for £199 is tempting, very tempting. I find my FitBit can be limiting at times. Will have to consider this.