You are here:
General CPU News

The Eyxnos 7 9610 is built on Samsung's 10nm FinFET process. Inside the SoC you will find four Cortex-A73 cores running at 2.3 gigahertz (GHz), and four 1.6GHz Cortex-A53 cores. The GPU is a second-generation Bifrost-based ARM Mali-G72. Support for Cat.12 3CA (carrier aggregation) at 600 megabits per second (Mbps) for downlink and Cat.13 2CA at 150Mbps for uplink is present thanks to the embedded LTE modem. The SoC boasts high-throughput 802.11ac 2×2 MIMO Wi-Fi, faster and longer range Bluetooth 5.0 too. 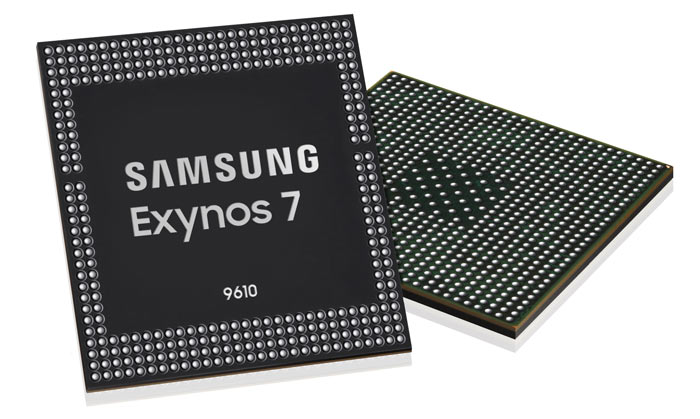 Moving onto the headline imaging features, 480fps slow-motion support in full HD is delivered thanks to a beefed up mage signal processor (ISP) and a premium multi-format codec (MFC) that allows encoding and decoding up to 4K 120fps. Samsung leverages new vision and image processing power, coupled with a neural network engine, for more intelligently enhanced face detection, as well as single camera out-focusing and augmented low-light images. Smart depth sensing can deliver bokeh or out-focused portraits even with a single camera.

Samsung says that the Exynos 7 Series 9610 will be in mass production by the second half of 2018.

In another interesting piece of Samsung news today, Patently Mobile (via Liliputing) has uncovered plans for a phone/tablet hybrid where extra screen real estate rolls (or slides) out from the sides. This could be a decent workable alternative to folding or other rolling mechanisms that have previously been punted. 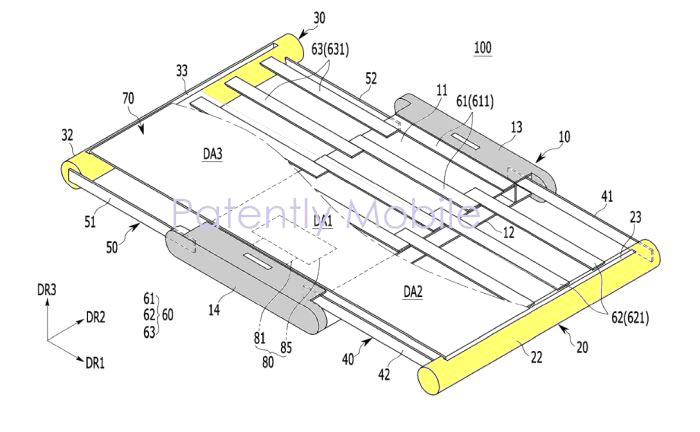 Samsung R&D people appear to be busy selecting the best way to provide an expanding screen. These efforts remind me of the dumb-phone form factor design choices with candybars, sliders, clamshells, and even spinners being released over the years.