With MWC a fortnight away there's still quite some time before we get to see the first smart devices powered by the Qualcomm Snapdragon 845 launch. By all accounts this is a very powerful mobile application processor, with headline official claims of it being 25 per cent faster at CPU operations and 30 per cent faster at GPU operations than the SD835. There are other significant improvements too, such as the X20 modem - boosting LTE and Wi-Fi communications speeds. It is expected that the Snapdragon 845 will be powering many regional variants of the Samsung Galaxy S9, and a new generation of Always Connected PCs later in the year. Incidentally this 10nm SoC is manufactured by Samsung. 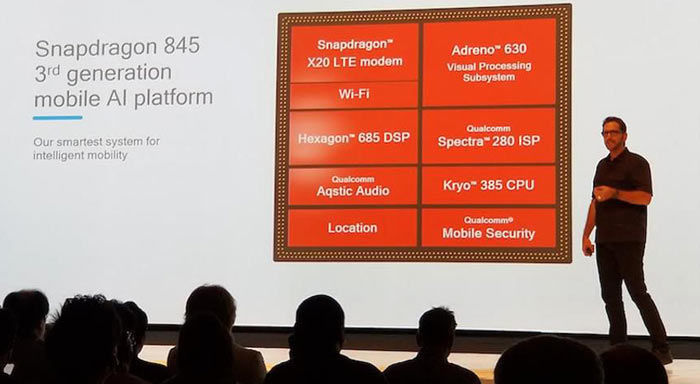 Ahead of the first associated product launches CNet managed to get some quality time to test Snapdragon 845 Android reference phones at Qualcomm's labs. The CNet team was given two hours to evaluate the phones and used a dozen benchmarking tools covering all the bases, such as, CPU, GPU, and website rendering tests.

Before we get to the benchmarks and comparisons, it's worth noting the Android reference phone tech specs: 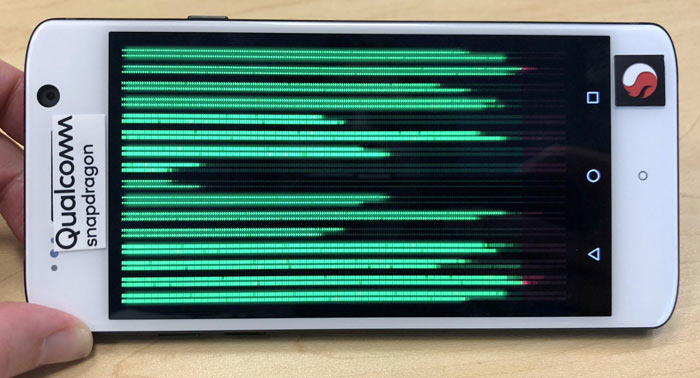 Against the above platform CNet chose to test the Galaxy Note 8, Pixel 2 XL and LG V30 - all of which are Snapdragon 835 mobiles. If you already own one of the comparison phones, already at the cutting edge, you will likely be interested in the tabulated benchmark results. I've snipped a few key benchmarks and reproduced them in an abridged table below. If you want to check out the full set of results - of course they are available on CNet.

Overall the judgement is that "Qualcomm's [performance] claims mostly hold." There are plenty of stellar performance uplifts observed alongside some not so stunning increments. We look forward to seeing Qualcomm's latest and greatest shipping products and putting some of them through the HEXUS labs.

Posted by ETR316 - Mon 12 Feb 2018 13:44
it sounds very impressive, and no doubts that it is, but with next year's 5G modems coming ill wait this round out until the 855 comes, with 5G
Posted by chrestomanci - Mon 12 Feb 2018 16:12
I would not read much into the reference phone they built. It will only be made available in tiny numbers to hardware partners, and end user's won't be able to buy one.

I am actually surprised that it was phone shaped. I would have expected a bare circuit board with the display, battery and hardware buttons hanging on the end of ribbon cables, similar to a Samsung Exynos dev board:

chrestomanci
I am actually surprised that it was phone shaped.

Would make sense if the new chip is bump compatible with the predecessor.
Posted by yeeeeman - Mon 12 Feb 2018 17:48

ETR316
it sounds very impressive, and no doubts that it is, but with next year's 5G modems coming ill wait this round out until the 855 comes, with 5G

yeeeeman
Yep, next year's platform is the one to have: 5G, Wifi 11ax - new standard, 7nm process - low power, ARM new uArch cores will be used and they promise big upgrades.

A 5G chip and WiFi .ax aren't much use without infrastructure that supports them. Is anywhere close to rolling out a 5G network? Has a standard even been agreed yet?

I know .ax has had several drafts that have yet to be agreed as a formal standard yet and the earliest that'll happen will be the summer (and it's not guaranteed it'll pass then either,) so can't see compliant routers anytime soon.

I just hope we avoid the unholy mess of “draft” routers we got with N.