Apple held a special iPad and Watch event last month. This month it is set to follow up with its highly anticipated iPhone 12 launch event. An announcement teaser was shared by Apple yesterday, and here it is on Apple SVP of marketing, Greg Joswiak's, Twitter feed. Though not mentioned specifically, it is widely assumed by the Apple press that this Tuesday, 13th October scheduled event is being held to take the wraps of the new iPhone 12 models. If you are interested there will be a live broadcast from Apple Park, starting at 10am PDT on the day (that will be 6pm in the UK). 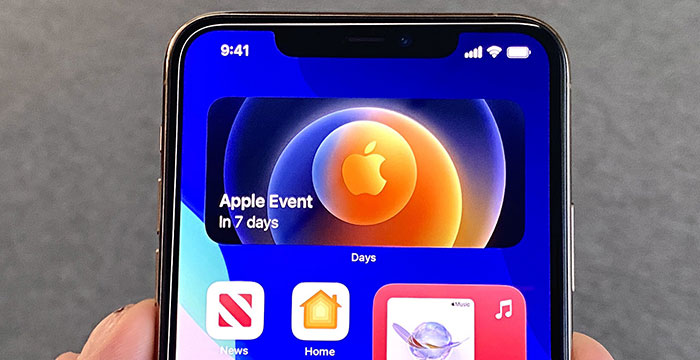 The event teaser tagline is 'Hi, Speed,' which hints at one of the major features of the iPhone generational upgrade - a faster new processor. Indeed, leaks point to the 5nm Apple A14 being a very powerful mobile SoC, and of course it is going to form the foundation of the A14X which will power the first 'Apple Silicon' Arm-based Macs in due course. 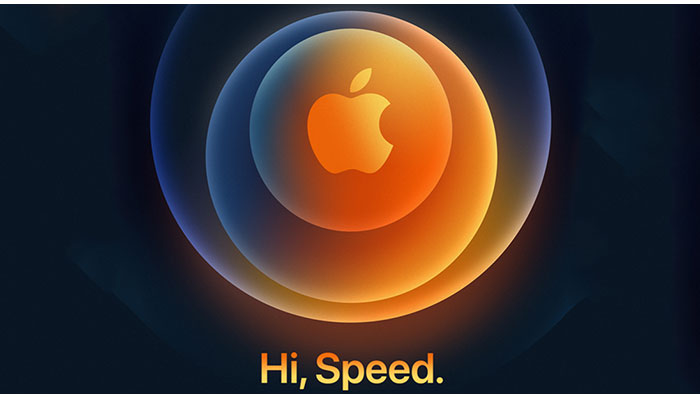 As per our article subheading, there are four iPhone 12 models expected to launch together next Tuesday. According to various Apple-centric sites you will be presented with the following four models:

MacRumours asserts that all the screen choices above will edge-to-edge OLED panels. Notably the top model (at 6.7-inches) will be the largest screened iPhone ever. Other common features are the upper notch, which is said to still be rather broad, Face ID, and front-facing TrueDepth cameras.

As well as the range-wide adoption of OLED displays, and speedy A14 SoC upgrades, the iPhone 12 models should all be 5G ready - however, sources note that only the Pro models are likely to get Sub-6GHz 5G.

Other things to watch out for in the iPhone 12 event are a broad redesign of the range which is said to take cues from the newest iPad Pro tablets. New cameras are expected to push the range forward too, with some models getting complementary LiDAR scanners.

Apple is usually good at minimising the time between its announcements and products being available on shelves. New iPhones are usually launched earlier in the year, September usually, but we have no specific indications about why the yearly refresh has been delayed in 2020 (Covid?) Unfortunately, there is no hint about the launch of the first A14X powered Macs during the presentation next week but it is possible we will find out more.

six_tymes
still with the ugly annoying notch in 2020, no thanks

That is the only thing i'm interested in finding out from this event - will Apple “invent” full screen phones again or will they stick with their horrible, ugly gigantic notch.

The actual phones I don't give two hoots about, assuming they continue their spiral downwards with their software & hardware quality control, which started around 6-7 years ago and has just continued to get worse and worse.
Posted by Hoonigan - Thu 08 Oct 2020 09:02
I'm on an iPhone X at the moment but I'm finding myself wishing the camera was better quite often, plus it's 3 years in the tooth now so the battery isn't what it once was; it still lasts me a full day most of the time but I'd rather have a bit left in the tank.

I'll be tuning in for this, hoping they do it in that Forest Green that they offer the iPhone 11 in, that colour's fantastic!
Posted by [GSV]Trig - Thu 08 Oct 2020 09:14
People moan about notches, but then also moan about not having an edge to edge screen…