You are here:
Tablets Accessories News

Apple hosted a special event with the strapline 'Time Flies' yesterday evening. Obviously that was hinting at the new Watch devices it had to show off, the Watch Series 6, and the Watch SE. However there were several other interesting announcements, namely iPads (as per our headline) and the Apple One subscription bundles.

The all-new iPad Air takes the 'Air' series into iPad Pro territory in the design stakes as well as offering some pleasingly high specs. This tablet is built around a larger 10.9-inch 'Liquid Retina' display with full lamination, P3 wide colour support, True Tone, and an anti-reflective coating plus modest, even looking, bezels. On the topic of design, this iPad Air features a new Touch ID sensor integrated into the side mounted power button. 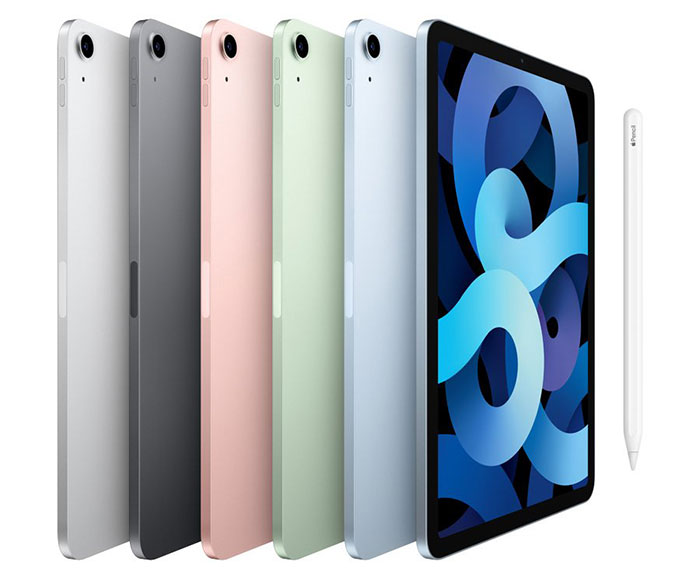 Available in five finishes (silver, space gray, rose gold, green, and sky blue), the new iPad Air is compatible with Magic Keyboard and its floating design, and built-in trackpad, Smart Keyboard Folio, and new Smart Folio covers, as well as Apple Pencil, which attaches magnetically to the side for easy pairing, charging, and storing.

Apple has upgraded the camera and audio too. The new tablet includes a 7MP front-facing FaceTime HD camera, as well as the same 12MP rear camera used in iPad Pro. Held in landscape mode users will enjoy wide stereo sound. Apple has moved to the USB Type-C connector for this model which is good for much more than charging - supporting connections to cameras, hard drives, and external monitors up to 4K.

So far, so good but perhaps the most important introduction to his iPad Air is the new A14 Bionic processor. This is the first time that the iPad line has lead the iPhone line in processing since 2011. Built at 5nm, the A14 is said to pack in 11.8 billion transistors. Increased performance and power efficiency is seen across the board, according to Apple. For example it says the 6-core CPU is 40 per cent faster, and its 4-core GPU is 30 per cent better (vs previous gen device). Additionally for onboard AI processing, the A14 sports a new 16-core Neural Engine that is twice as fast, and capable of performing up to 11 trillion operations per second. 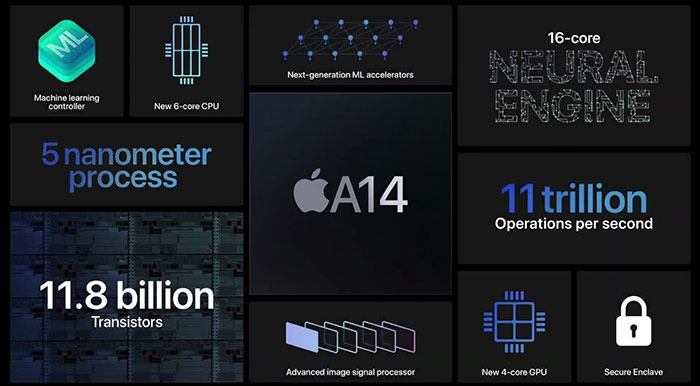 Arriving in October, the iPad Air will cost from US$599 for the Wi-Fi model with 64GB of built-in storage.

Apple's 8th Gen iPad looks a lot more like the traditional iPad, with its significant forehead/chin, and the latter featuring the circular Touch ID Home button. This more affordable iPad features the charms of the A12 Bionic SoC, and a 10.2-inch Retina display. Apple asserts that the newer processor means that this 8th Gen iPad delivers 40 per cent faster CPU performance and twice the graphics capability of its predecessor. 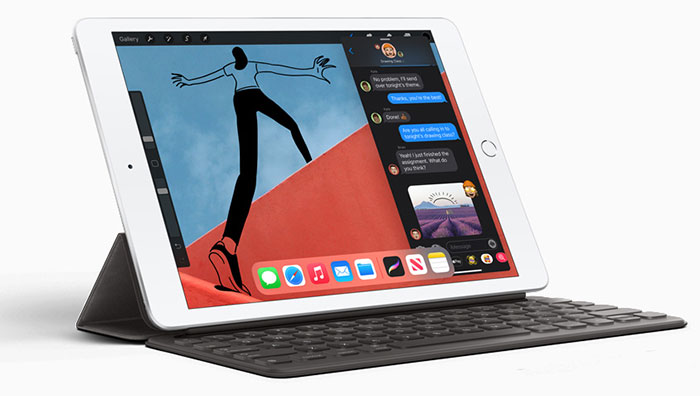 The new iPad is priced starting from US$329 and is available to order today in 25 countries.

Apple kicked off its 'Time Flies' event with the showcasing of the Apple Watch 6. This wearable builds on the previous model's strengths as a health monitoring device by adding blood oxygen monitoring. Apple says this feature can determine the oxygen saturation of your blood in approx 15s. A next-generation always-on altimeter is also present.

Elsewhere in the Watch 6 design is a new up to 20 per cent faster S6 SoC, a new 2.5x brighter always on display, and support for 5GHz Wi-Fi networks. These improvements have been made without impacting the "all-day 18-hour battery life" of the Watch. Apple says the Watch 6 can recharge to full in one and a half hours. 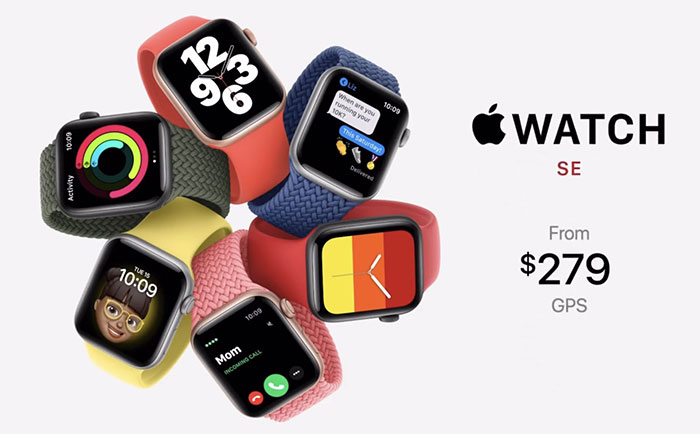 Apple One is the name of Apple's subscription service bundles. There are various permutations of Apple services being made available this Autumn which put together services such as Apple Music, Apple TV+, Apple Arcade, Apple News+, Apple Fitness+, and iCloud for a bundle-value price. 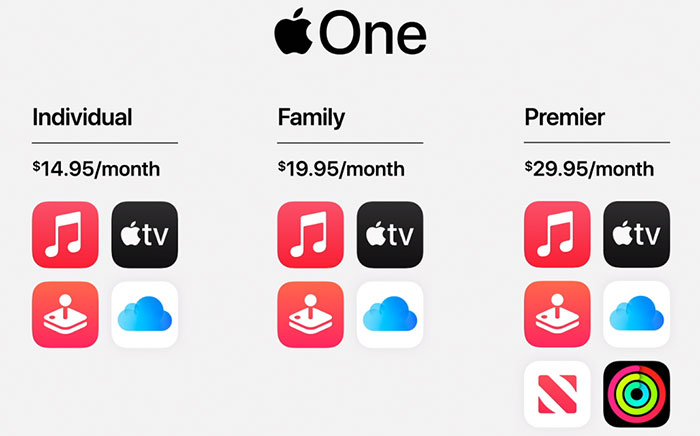 It is worth noting that the Premier Plan will only be available in Australia, Canada, the UK, and the US initially.

As to the models, honestly they feel like they've just done a copy paste and added a colour filter… then increased the price on the air ($100)
Posted by Kanoe - Wed 16 Sep 2020 11:17
The “new” ipad looks very dated with the size of bezels and I can't understand why someone would buy one unless they are already trapped in the Apple eco system and they broke their exisiting device and have no choice.
Posted by DanceswithUnix - Wed 16 Sep 2020 11:21

Kanoe
The “new” ipad looks very dated with the size of bezels and I can't understand why someone would buy one unless they are already trapped in the Apple eco system and they broke their exisiting device and have no choice.

How do you hold a pad that has no bezels? It isn't like a phone that you can rest in your palm, or a monitor that is on a stand.