The official Xbox Twitter account surprised this morning by unveiling the Xbox Series S games console. There has been talk about a lower-tier next-gen console being readied as a running mate for the Xbox Series X for many months. The rumours gained very strong support last month when the xBox Series S was spotted as being mentioned on new Microsoft games controller packaging. 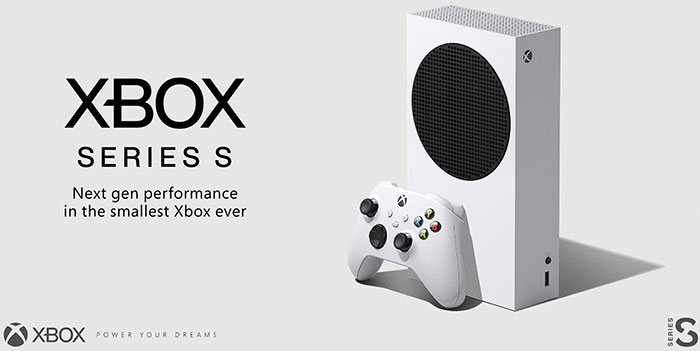 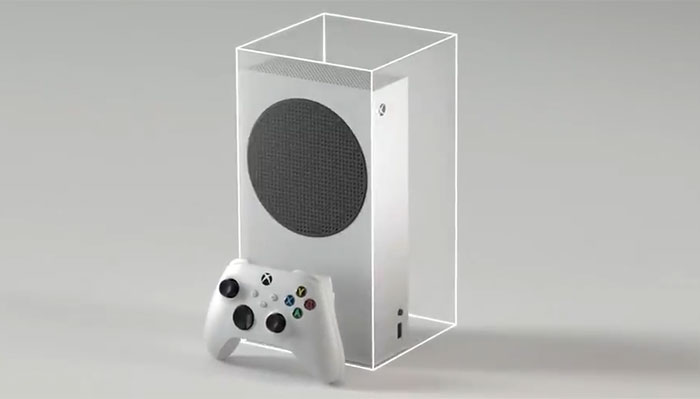 So, what do we know from this official reveal? Microsoft says that the Xbox Series S is "the smallest Xbox ever," which will make it particularly appealing to some. It will still deliver "next-gen performance," asserts Microsoft's dedicated gaming division. The price is also good to see up front; US$299. We don't even have an official statement on the price of the Xbox Series X as yet, but the consensus seems to be that it will launch at $499. 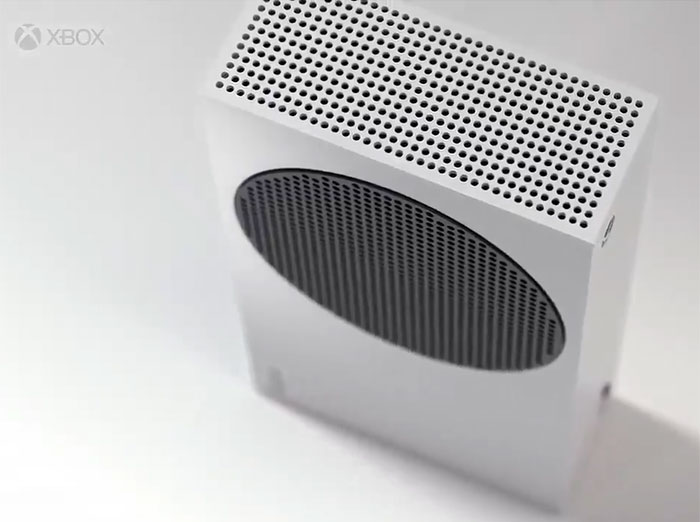 The other key takeaway we have from this official announcement is the physical form of the Xbox Series S. It looks like it is less than half the size of its bigger brother. As rumoured, there is no optical drive present. What looks like a speaker grill is an extra air vent, as the top vent on this design covers quite a small surface area.

The key tech specs and respective performance of the Xbox Series S are still largely a matter for speculation and rumours. The latest information we have is that the lower powered console will feature 7.5GB of RAM, offer around 4 teraflops of GPU performance, and ship with the same CPU cores found on the Xbox Series X. It is expected to target 60fps 1080p gameplay on next-gen titles. A couple of weeks ago Microsoft revealed quite a bit of detail about the Xbox Series X SoC (at Hot Chips 2020), which for comparison, is capable of 12 teraflops. A graphic released at the symposium compares that to the Xbox One X with 6 teraflops and the plain vanilla Xbox One with 1.3 teraflops of GPU performance.

Xbox UK has revealed that the UK pricing for the Xbox Series S is to be £249. Furthermore, in the World Premiere Reveal Trailer embedded below, you will see that the discless console release date is stated to be 10th November. During the video it is claimed that the new console is capable of playing games in 1440p at up to 120fps, and that it comes packing a custom 512GB SSD.

If they can do an all black/white design with game pass thrown in for a set monthly amount it could do well (£20 over 2 years?). They did similar with this gen recently and it's a really cheap way to game.
Posted by LSG501 - Tue 08 Sep 2020 10:48
Yeah can't say I like the black grill either, it would have been quite nice as a totally white design imo.

Kind of tempted by it as a ‘media streamer’ but also think it's a tad too expensive for what it is…. hopefully there is a ‘black version too because white just doesn’t go with ANYTHING in my media kit…
Posted by Steviepunk - Tue 08 Sep 2020 10:50
I thought there rumours were that this would have 10GB of memory? I think the 7.5GB is how much would be usable by games (2.5GB being used by system), similarly the X will have 16GB memory with 13.5GB usable by games
Posted by Steviepunk - Tue 08 Sep 2020 10:51

cheesemp
That black grill is awful. What were they thinking???

If they can do an all black/white design with game pass thrown in for a set monthly amount it could do well (£20 over 2 years?). They did similar with this gen recently and it's a really cheap way to game.

Indeed, I think a light grey would have been better, or even just go for a ‘2 tone’ style with the whole top half being a vent (rectangle rather than a circle).