Above, you can see the Dead Space remake teaser trailer. It doesn't show you a lot, but at least EA used some of the game-in-development footage to show you the kind of visuals you might expect. This survival horror classic has been "completely rebuilt from the ground up by Motive Studios to offer a deeper and more immersive experience," says EA. Dead Space will feature completely rebuilt assets and all-new technology, leveraging the powerful Frostbite engine. 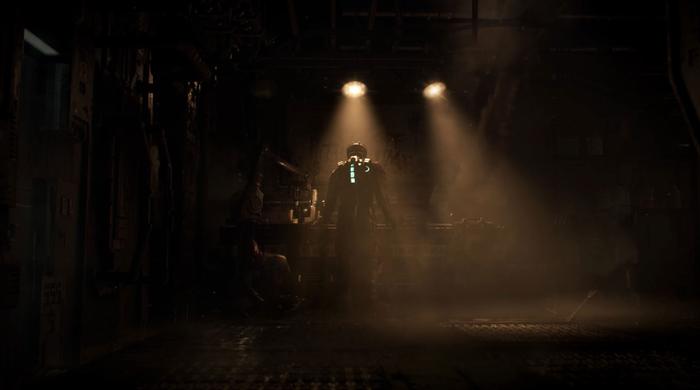 As a next gen thoroughly modern remake, this updated classic is only coming out on PlayStation5, Xbox Series X/S, and PC. EA didn't offer up any release date information.

Battlefield Portal will be the second major experience provided for Battlefield 2042 owners (first was All-Out Warfare). In brief, you could call this expansion a creative mode for the game. Officially it is described as "an all-new, community-driven platform that will give players the ability to discover, create and share unexpected battles." The video showcases some left-of-field examples of Portal's application.

In Battlefield Portal users will be able to access every piece of content from Battlefield 2042’s sandbox – weapons, vehicles, specialists – and mix them up with assets from games like Battlefield 1942, Battlefield: Bad Company 2, and Battlefield 3 – remade in BF2042's engine (Frostbite again). Specifically, the following maps / experiences are provided to the new Battlefield Builder tool users: 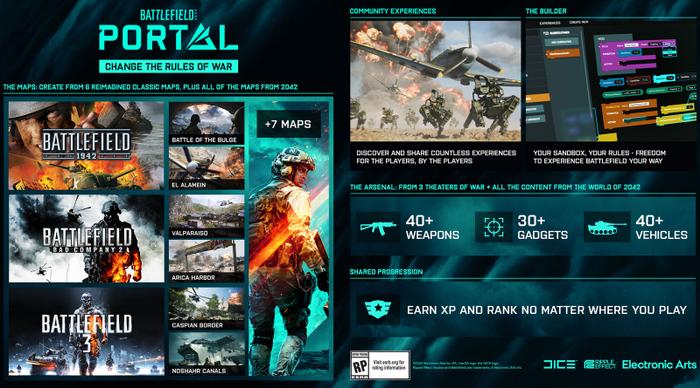 Your creations will be playable and sharable from this update which arrives on 22nd October on PlayStation 4, Xbox One, PlayStation 5, Xbox Series X/S, and PC.

You can watch the full EA Play Live event stream below. The show starts at 33mins 30s in.

They are calling it a remake not a remaster so that makes sense, its going to be similar but changed and improved (hopefully!) rather than just uping the asset quality and being done with it. I know before they useed to say they wanted coop in the first one but ran into technical limitations at the time so I am really hoping they manage to add that in as I had great fun playing 2 and 3 in coop personally.
Posted by Spud1 - Fri 23 Jul 2021 14:50
You know, it's not Dead Space 4..but I don't care, i'm *really* looking forward to this. Really like the universe and lore behind it.

It's very rare that an over-the-shoulder action/horror game like this appeals to me, but I have played through DS1-3 twice now (finished DS3 again only last week) and really enjoyed them. DS2 is still the standout of the series for me; exploring the Sprawl was a lot of fun.

I just hope they don't mess wtih it too much - even DS1 still looks and plays great on the PC right now. My main worry is they go mad with cosmetics and make it more action orientated like they did with 3, which would be a huge shame. I'm not bothered in the slightest about co-op play but provided they don't mess with the main game to get that in, I can see that working well too.
Posted by fend_oblivion - Sat 24 Jul 2021 09:53
EA almost killed the series with Dead Space 3 and its micro-transactions. Hopefully, they've learned from their mistake. I hope this remake does great :)