Amazon's New World looks like it could be the biggest new MMO hit of the summer. It launched a closed beta, which became available on Steam Tuesday, and it has already grown to be in the top five biggest games on the PC. According to SteamDB it has hit about 190k concurrent users for two days in a row – rubbing shoulders with the likes of Grand Theft Auto V and Apex Legends. New World seems to be a hit on Twitch too.

While New World is very popular straight out of the gate, it isn't without its teething issues, of course. One of the most interesting and tragic sounding issues it seems to be having is that it could potentially overload your GPU rather swiftly and send it to the silicon graveyard.

A particular GPU which seems to be vulnerable to the New World bricking issue is the EVGA GeForce RTX 3090. ComputerBase (German) reports that there are multiple problem reports on the New World Forums, on Reddit, and among Twitch streamers like Gladd.

Various users and tech sites have pondered over what could be causing this problem to occur for users of these powerful graphics cards. The consensus seems to be that the game currently has an uncapped framerate when users are in the menus, before or between actual gaming sessions - and this is a problem for the EVGA RTX 3090 design for some reason. Until Amazon or EVGA do something about this problem, it is recommended that users of powerful Nvidia GPUs set their own global FPS limit in the Nvidia Control Panel. 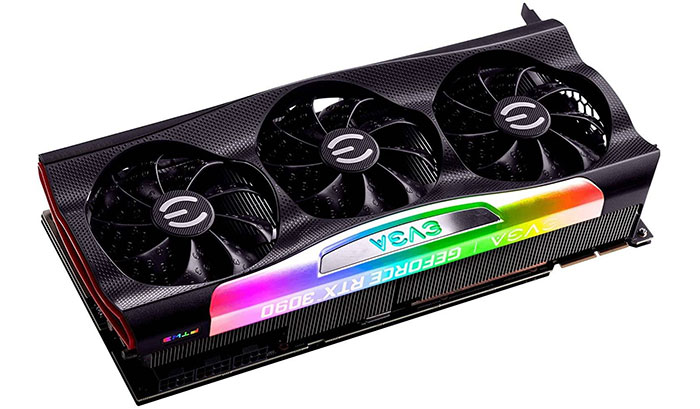 EVGA hasn't commented on the above problem at the time of writing (it seems to be too busy celebrating its 22nd anniversary) but Amazon's New World social media team seems to suggest that the raised issues are statistically irrelevant, asserting that "The New World Closed Beta is safe to play". Nevertheless, it is issuing a patch very shortly, which "caps frames per second on our menu screen". 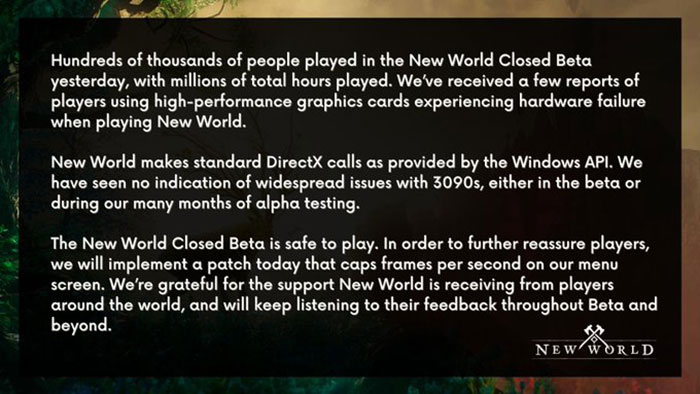 New World is scheduled to be generally released on 31st August. If you want to join in the beta pre-order on Steam, Amazon, or complete the tester sign up on newworld.com. 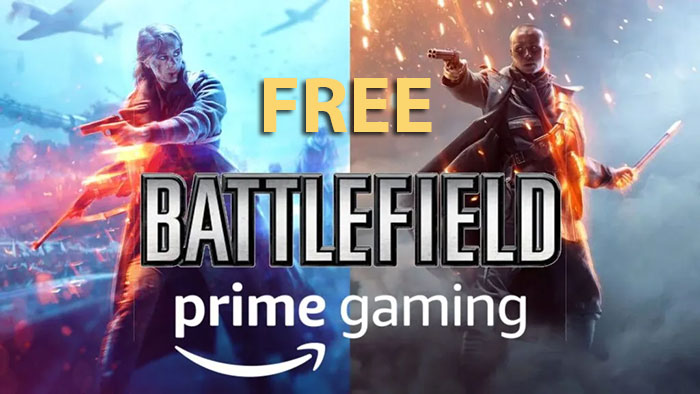 If you don't have Prime right now, you can probably get a free one-month trial. When I visited this page, I was offered one, but remember to cancel before the month is out to avoid getting auto-charged £7.99 or whatever it costs per month in your region.

May be worth updating the article to clarify….

I would be interested to try New World..if they can make a good enough story with enough depth (in the way Blizzard did with WoW) it could get me interested - but a little early to tell and I don't intend to pre order for beta access whilst it's potentially bricking GPUs!
Posted by cheesemp - Thu 22 Jul 2021 14:41
I find it quite concerning that some of these GPUs can be designed in such a way that a non-frame rate limited game could cook it? What's to stop an early Direct 7 game with simple graphics from doing the same thing? This reminds me of old CPU's (P3? P4? Athlons?) that would destroy themselves if the heat sink wasn't attached. Now all CPU's safely throttle when unable to handle conditions. Why would a GPU not be designed to do the same? (I know its supposed to be power delivery that's dying but that is monitored too)
Posted by ik9000 - Thu 22 Jul 2021 14:43
I ran the 3dmark laptop bench on my 3070. It went crazy. 900fps at one point and coil whine galore at anything over 600fps. Not making that mistake again.
Posted by Corky34 - Thu 22 Jul 2021 14:58

cheesemp
I find it quite concerning that some of these GPUs can be designed in such a way that a non-frame rate limited game could cook it?

Those were my thoughts, i didn't even think software was even capable of doing such a thing but i guess it must be although I've no idea how.