Last month Ubisoft announced that Watch Dogs: Legion players would start to be able to enjoy some multiplayer fun in its near-future London-based third-person play-as-anyone hacking action adventure. It named the date of 9th March for the arrival of the new game mode on all platforms (i.e. tomorrow). However, this oft-delayed multiplayer mode has now been delayed again - just for PC gamers.

In its news blog post, linked above, Ubisoft explains that PC gamers with a certain brand of GPU would have to suffer from game crashes if the Online mode was released for the platform tomorrow. Obviously this is more than the occasional crash, perhaps it might be an instant crash to desktop or similarly epic fail, we have no way of knowing.

"We’ve identified an issue in the PC version that can cause the game to crash for players with certain GPUs," said the hastily prepared news piece focusing upon "a few things that have just come to our attention".

Unfortunately for PC fans of Legion, there is no estimate regarding the extra time required to fix this crashing issue. "The dev team is working on fixing the issue as quickly as possible and in the meantime, we’ve made the decision to wait to launch the PC version until this is fixed." It is promised that when news of the PC launch date is available it will be communicated ASAP.

The major parts of Watch Dogs: Legion multiplayer will be; Co-op missions where you work within a crew of two to four hackers to complete, Tactical Ops which require a higher level of co-ordinated task completion (so Ubisoft has introduced in-game voice chat functionality as almost a necessity here), and the Spiderbot Arena multiplayer venue where combatants take part in death matches using their titular bots. 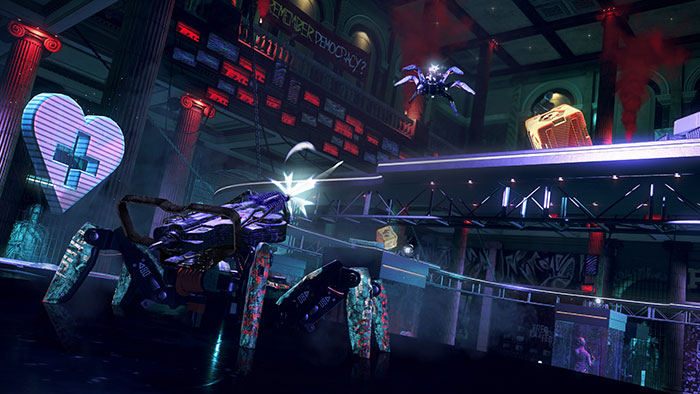 The PC crashing bug isn't the only thing to be aware of on the eve of the Online mode release. Ubisoft says that the first Tactical Op will not be available until 23rd March, as this game mode is crashing on all platforms for now. Lastly, it is noted that "PlayStation 4/5 will have limited in-game text chat at launch, and we are working on a fix for this, which will be coming on 23rd March as well".

Online mode sounds pretty fun, but crashes can soon put a dampener on things. Hopefully, Ubisoft can fix the known issues quickly and comprehensively over the next few weeks.

Why do people keep rewarding companies that do this kind of thing with our hard earned money? Do they not release that until we take our money elsewhere that they wont improve?

Kanoe
It's so broken but we are releasing it anyway, nice one Ubisoft.

Seems like they should delay until the 23rd March for everyone, regardless of platform. What's the point in releasing when it seems like it either crashes or is incomplete?
Posted by Spud1 - Mon 08 Mar 2021 17:23
Forgot I even had this game, since I got it at the same time as Cyberpunk!

got to say, I played a a few hours and wasn't massively impressed… Not sure an MP can save this…Some great ideas, but quickly became very formulaic, repetitive and boring.