Over the weekend Watch Dogs: Legion producer Lathieeshe Thillainathan hosted a Reddit AMA focussed upon the game. During the session many questions were answered and the query from which our headline was derived asked about features that next gen console owners can look forward to when playing the game. 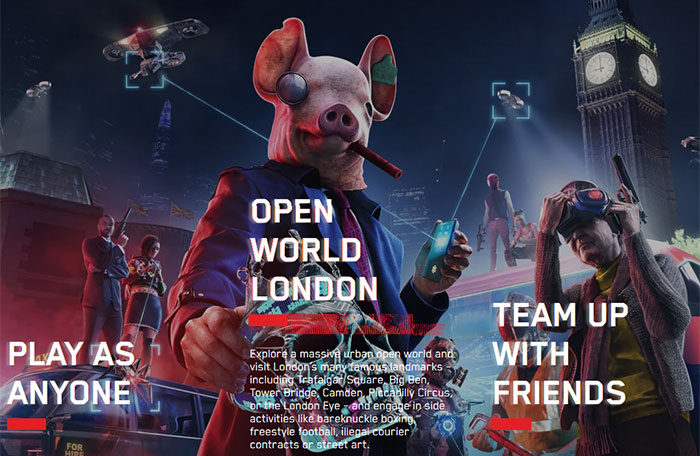 In response to the question "What are some of the features the Ps5 and Xbox Series X have for Watch Dogs?" the official Watchdogs Devs account replied "Ray tracing, 4k, 30fps on PS5 and Xbox Series X". Skimming through the replies, it seems that the touted performance isn't good enough for most Reddit responders, and many questioned whether turning off ray tracing could mean the consoles could achieve 4K 60fps. Unfortunately there was no Ubisoft follow up to questions about graphics options. 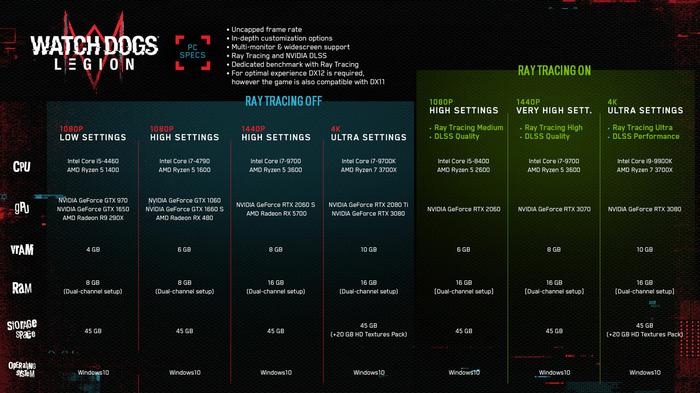 Ubisoft recently updated the PC specs matrix for Watch Dogs: Legion. If you head on over to the Ubisoft store page, select an edition, and scroll down - you will see the matrix that I have reproduced above. Click the image to zoom in as there are so many permutations it will be very hard to read at 700px wide.

Other points about running Watch Dogs: Legion on PC that are worthy of note are that it; runs with an uncapped framerate, there are a multitude of graphics settings to tweak to optimise your performance/experience, there is multi-monitor and widescreen support, DX11 is supported but DX 12 recommended, and there is a dedicated Legion ray tracing benchmark that you can run. 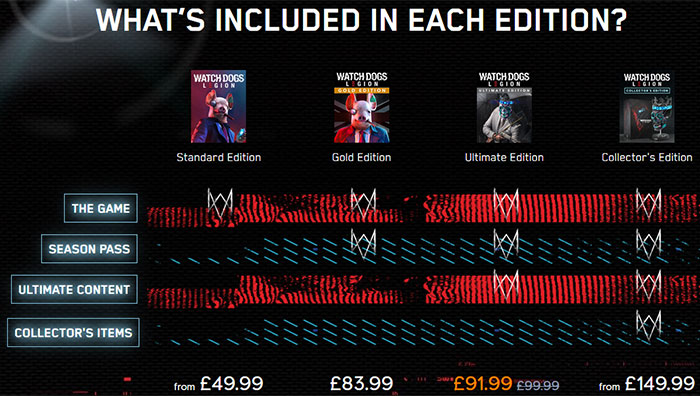 Watch Dogs: Legion is out on 29th October on PC, PS4 and Xbox One. It will be available on PS5 and Xbox Series X/S at launch. Nvidia is offering the game for free in a GeForce RTX 30 Series bundle.

Yoyoyo69
Sounds as though they're actually proud of underperforming, again.

That's 4k with raytracing on a system that can't do DLSS, in a very complex open world with dense crowds, driving and flying vehicles. You'd be hard pressed to find someone who's had to work on a similar game looking at Legion and these figures and thinking it wasn't impressive.