Treyarch has published the Call of Duty: Black Ops Cold War - Zombies Reveal Trailer, as well as a fuller video that includes the trailer and developer discussion of the game, gameplay, features, modes, and more. I've embedded the latter video below, and if you want to go straight to the trailer segment simply skip forward to 1 minute in.

The story behind the new zombies mode takes place in the 80s cold war era but has its roots in a WWII bunker. As part of a CIA-backed international response team, dubbed Requiem, you will investigate an old WWII bunker that has the potential to uncover secrets which will upend the global order. Complicating things, a Soviet-led group, dubbed the Omega Group, are also keen to study the mysterious bunker complex. You will thus encounter the mindless zombie hordes and highly trained Omega Group foes in the bunker. 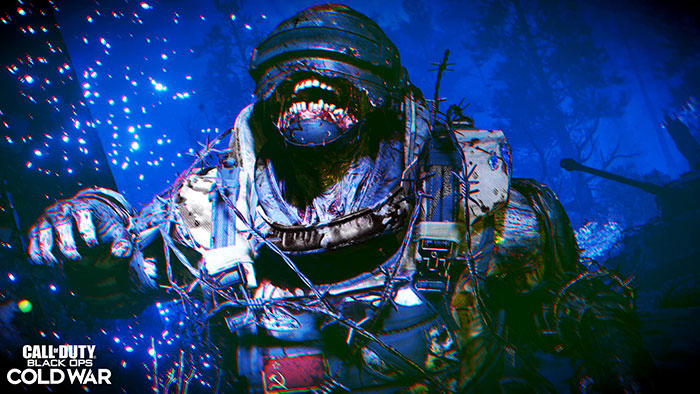 In addition to the story outlined above you are promised new characters, modes, and ways to play for the most epic zombies content ever, which will be a free expansion for all game owners and be cross play / cross gen compatible.

Gamers will be able to enter zombie mode with Battle Pass Progression and Loadouts, no more starting with a basic pistol. Furthermore, you will be able to find new weapons in this mode, with new rarity levels, and be able to upgrade weapon features and stats as you progress. Additionally players can deploy Field Upgrades as abilities to strengthen their squad, as well as find and deploy various lethal and tactical equipment like Grenade Launchers, Sentry Turrets, Explosive Bows and more. 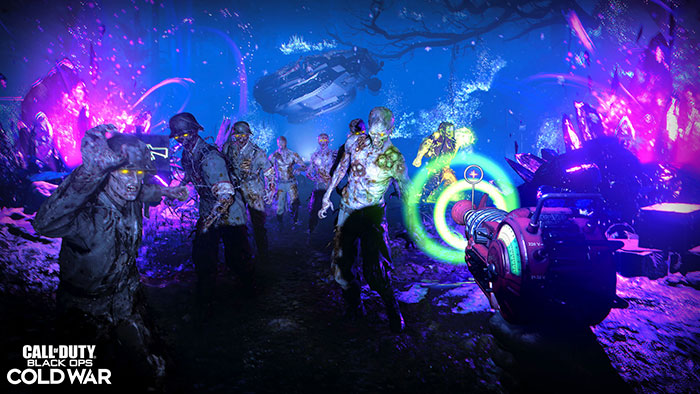 Previously CoD Zombie modes had no way out, the end of the battle was when you were overwhelmed and died. In the Call of Duty: Black Ops Cold War Zombie mode you can request 'Exfil' and a chopper will come and pick you up so you can save yourself. An Exfil request will dial the zombies up to 11 but if you survive the intense wait you will be rewarded...

The new CoD zombies mode will be generally released between 17-19th October.

Posted by Gentle Viking - Thu 01 Oct 2020 11:51
Look stupid for a person like me, but for the people already into the latest COD thing it might be okay for them.
But as i am not into the way the new COD and all / most new FPS games play, its just stupid.

I have invented a new decease, it is called OCG which is short for Obsessive Compulsory Gamers.
Posted by [GSV]Trig - Thu 01 Oct 2020 12:07
If we get a trial of it on Warzone I might play that, but otherwise, I don't play often enough to pay for games anymore..
Posted by Spud1 - Thu 01 Oct 2020 12:57
Really looking forward to it - Zombies has been the best mode in the Treyarch iterations for a long time, MUCH more fun than the death simulator mode (multiplayer).

Best thing about this new one is that they have confirmed cross play, which means i'll be able to play this with my console owning friends rather than randoms on PC :) Win!
Posted by excalibur1814 - Thu 01 Oct 2020 15:15
I recall buying one of these Zombie add-ons and… I regretted it. I actually thought that it was a campaign.