Activision has released the 'reveal trailer' for Call of Duty: Black Ops: Cold War. It describes the new game as "the direct sequel to Call of Duty; Black Ops, the original that started it all". Also now we have the release date, 13th November, and details of the various game editions that will be available to buy on PlayStation 4, Xbox One, and PC.

Above is the game reveal trailer, which includes gameplay footage captured on a PlayStation 5. Though this video starts with some Vietnam War style scenes, it is perhaps only to provide the proxy war background to what would become the cold war of the 1980s. Later on you will see the game is firmly set in the Reagan era with that president featuring quite prominently in cut scenes and the Black Ops operations you will play through being set at that time. 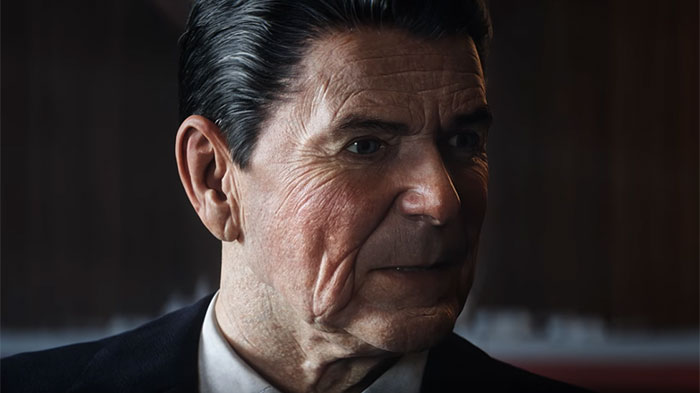 Activision promised a "gripping single player campaign". That isn't all though; there will be "next generation multiplayer and Zombies experiences" too. If you want to know more about multiplayer, a new trailer on that aspect of the game will be released on 9th September, AKA the 'Worldwide Multiplayer Reveal'. If you head on over to the game's homepage you will also see that Black Ops: Cold War builds on the f2p Call of Duty Warzone experience.

On the pre-order page I was given the choice of Standard and Ultimate Editions (£50 and £80 respectively). Console gamers might be interested in the Cross-Gen bundle which includes the current gen game with promise of next gen upgrade when launched (for $10 extra). 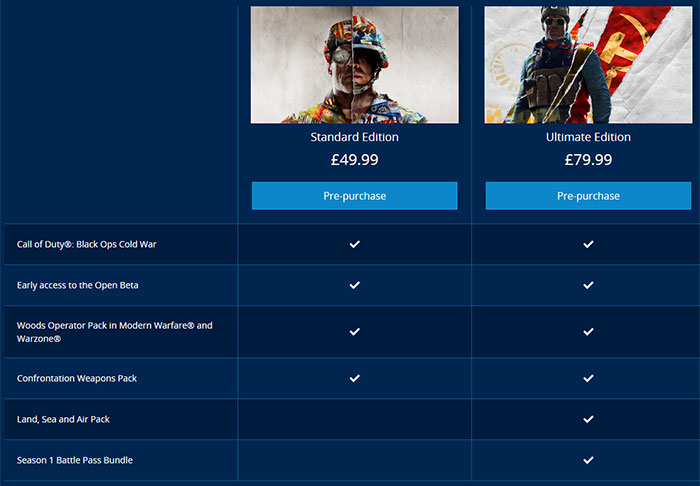 The main difference between standard and ultimate editions is the inclusion of the Battle Pass season pass content when it rolls out but Activision promises a "massive calendar of free, post launch content" for everyone.

While current gen consoles and PCs will get the game on 13th Nov, Activision says that the PS5 and Xbox Series X version will arrive later in the year.