The Ubisoft Forward event went ahead on Sunday evening but after a series of leaks in the run up held few surprises. Nevertheless, it was good to see official details, good quality trailers and developer discussions about the games. Probably the biggest announcements/reveals of the digital event were of; Far Cry 6, Watch Dogs: Legion, and Assassins' Creed Valhalla. But there were other games and DLCs showcased too. 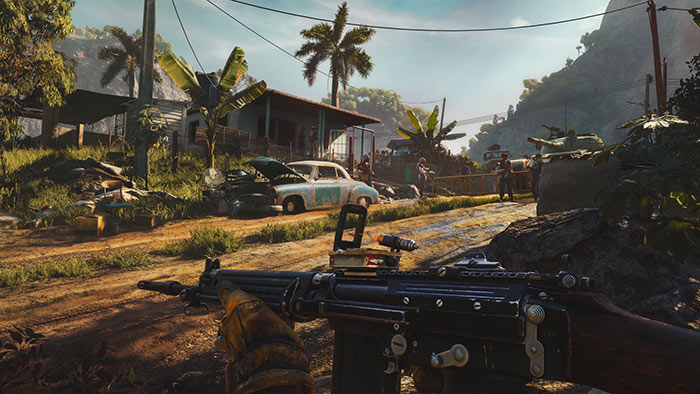 Far Cry 6 was officially unveiled. The game stars Giancarlo Esposito of Breaking Bad fame, and is set in the war-torn country of Yara. The country is described as a tropical paradise frozen in time and Esposito plays the tyrannical dictator Anton Castillo. You will play as a rebel Yaran and the action takes place in the sprawling capital city of Yara, among other regions. City conflict is uncharacteristic of the franchise thus far.

I've embedded the 'World Premiere Trailer' above and for more Far Cry 6 info you can watch the special Giancarlo Esposito interview about his character and the game here. 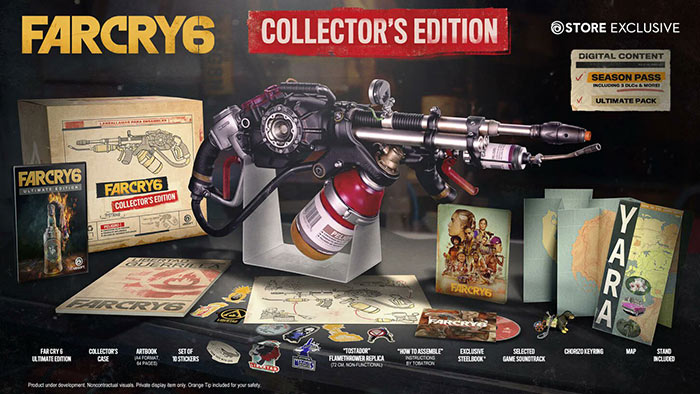 Far Cry 6 is pre-orderable now in the UK it costs from £49.99. There are various editions to purchase, as is now usual, with the Collector's Edition being one of note as it comes with "a high quality replica of ' Tostador'," which is a flame thrower that features in the game. This edition comes with the Ultimate Pack, and the Season Pass (three new DLCs and more). The release date is somewhat distant though, it is currently set to be released on 18th Feb 2021.

Watch Dogs: Legion takes place in London, where in place of a grown up government "corrupt opportunists have taken over and it’s up to you to build a resistance to give the city back to the people". Watching through the 'Gameplay Overview Trailer' does reveal a very quirky English flavour to the proceedings, not just in the locations but the play character selection.

Your task in the game is to build a capable team to "rebuild DedSec to fight back against those who wish to keep London oppressed". Will you be able to wind us back the days of 'cool Britannia'? As per usual in Watch Dogs, hacking is an important weapon, as is advanced gadgetry like drones, stealth etc.

There are other Watch Dogs Legion videos to watch on the Ubisoft channel if you are interested. Again this is up for pre-order, in various editions, starting from £49.99. Release date: 29th October.

Assassin's Creed: Valhalla's trailer was leaked a week ago, as we reported. Ubisoft shared a Gameplay Overview Trailer for this title which is set during the Viking invasion of England. The action involves raiding settlements spotted from your longboat, with the help of your trusty crew. With the pillaged resources and riches you will build a settlement, strengthening your presence, supplies, manpower and so on.

From the fractured kingdoms of the English dark ages, Ubisoft says you will face the greatest variety of foes ever found in an Assassin's Creed game.

You can now pre-order Assassin's Creed: Valhalla for £49.99 and up. It will be released on 17th Nov on Xbox One, PlayStation 4, PC and Stadia - also coming for Xbox Series X and PlayStation 5.

At Ubisoft Forward there were also various news nuggets on updates and DLCs for titles like; Just Dance 2020, The Crew 2, Ghost Recon Breakpoint, and Hyper Scape. Mobile gamers might appreciate the fast paced military-themed role-playing game, Tom Clancy's Elite Squad coming to Android and iOS on 27th August. It features the most iconic Tom Clancy’s heroes and villains in real-time 5v5 battles. There's a campaign PVE mode too, which might be good for tuning your skills.

In other Ubisoft news, perhaps overshadowed by all the new games information, several top executives have left the firm after probes into misconduct at the company. Chief executive and co-founder, Yves Guillemot, said that Ubisoft seeks to provide a safe and inclusive workplace environment for its employees and toxic behaviours have no place in the company.

Cool though.
Posted by mtyson - Mon 13 Jul 2020 11:13
If you tried and failed to register for the free copy of Watch Dogs 2 PC on UPlay during the live streamed event (technical difficulties) you might be interested to know it works now, I just tested it. Click the link from this official Ubisoft Tweet and sign in.
Posted by 3dcandy - Mon 13 Jul 2020 12:16
Should be a real flame thrower for that price ;)
Posted by cheesemp - Mon 13 Jul 2020 13:01

mtyson
If you tried and failed to register for the free copy of Watch Dogs 2 PC on UPlay during the live streamed event (technical difficulties) you might be interested to know it works now, I just tested it. Click the link from this official Ubisoft Tweet and sign in.

Ubisoft “next gen” looks to be more of the same remaining. Probably the odd graphical improvement.

I won't buy any more of their products until they start making decent games again.