The developers of the Command & Conquer Remaster have released the first video teaser via a blog post with embedded YouTube player. The purpose of the video is to give fans a clear taste of the HD graphics upgrades that have been implemented so far. According to the blog post the video shared celebrates one year since the C&C Remaster was first officially announced.

The video above starts with the original low res graphical elements in play. The camera zooms in so you can clearly see pixilation in the units and structures of the game. Then, the image fades and reappears with new units and structures on display with pleasing amounts of sharpness and detail. All the while you can watch the frantic RTS action taking place and hear blood-pressure raising announcements such as "unit lost", and "building captured".

In the blog post it is confirmed that the Remaster uses the classic 2D visual style, and is thus as authentic as possible with regard to the original games. It isn't a remake, the developers remind us, and the revered code from C&C Tiberian Dawn and C&C Red Alert will be used to "match the core gameplay, feel, and signature look of the legacy titles". 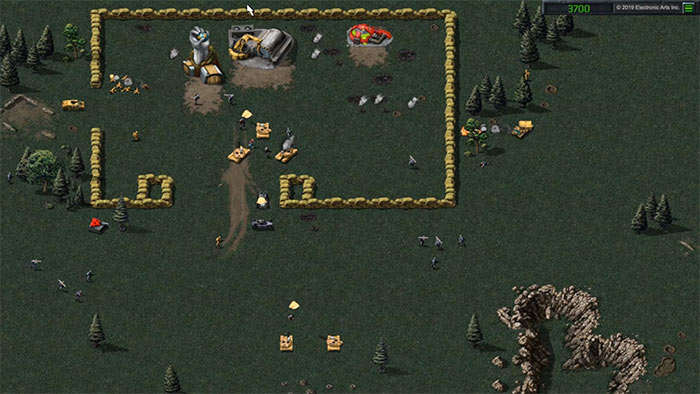 Zoomed out view of the battlefield

An outfit called Lemon Sky has "re-concepted, re-modeled, and re-animated every gameplay asset from scratch," relays the blog post. Later the 3D models are rendered and exported in 2D to lineup with the original visuals "frame for frame". This isn't a trivial task as a small single unit like the Grenadier might need 600 frames for all his actions.

A bonus of the resources in place swapping approach is that Petroglyph has been able to utilise their deep familiarity with the source code to enable the real-time switching of Legacy / Remastered graphics in Campaign missions, says the blog. 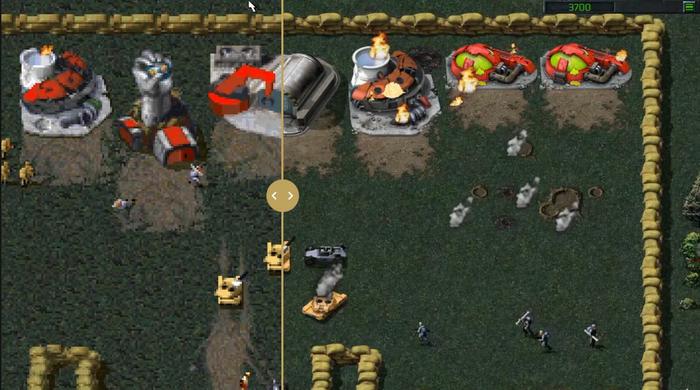 Further examples of switching between old and new graphics in game are provided on the official EA site where there are image comparison sliders layered above animated battle scenes from Tiberian Dawn. I don't know how to embed this kind of element here, but if you are a C&C enthusiast it might be worth heading over to this page and twiddling (screen shot example above).

Translation; we're too cheap to actually rework the game, so it will have bugs up the arse and run like rubbishrubbishrubbishrubbish, if you're even lucky enough to get in game on a modern PC; but its ok because we're being ‘faithful’.
Posted by rob4001 - Thu 24 Oct 2019 14:27
While it has nostalgia for me. It has not aged well even with the remaster