A month ago we first heard about EA considering releasing a string of Command & Conquer PC remasters. Now the games publisher has revealed, via official blog and Reddit, its initial plans with the franchise remasters. Turning from old masters to glorious new raytraced creations, EA/DICE has issued a patch for the new Battlefield V to enable DirectX Ray-tracing and Nvidia RTX options. Interestingly, TechPowerUp has already shared a review and analysis of the game performance with DXR active.

EA says that it will remaster Command & Conquer: Tiberian Dawn, and due to popular demand it will also remaster the original Command & Conquer: Red Alert. EA will partner with Petroglyph Games to develop the C&C remastered collection. You might not have heard of this firm but it includes "many of the original developers from Westwood Studios, and some of the most influential members of the original Command & Conquer development team from 1995." Names checked include the likes of Joe Bostic (co-creator of C&C), Steve Tall (programmer), Jim Vessella (producer), Mike Legg (audio), and Frank Klepacki (composer).

With these experienced talents working on the remaster, EA promises that it will do its best to maintain the authenticity of the original experiences. In addition to Petroglyph, EA will be using the premier art studio services of Lemon Sky Studios to help bring these original games to 4K glory.

Readers might be concerned about paid expansions and microtransactions. EA has ruled out such money making schemes in these remasters. Furthermore, classic expansion packs like Covert Ops, Counterstrike, and Aftermath will be bundled with the base game.

As Microsoft re-started its rollout of Windows 10 October 2018 Update (which includes DirectX Raytracing API), EA/DICE released a patch for Battlefield V, and Nvidia released the GeForce 416.94 WHQL drivers - which all come together to enable gamers to enjoy real time raytracing on their shiny new Nvidia GeForce RTX 20 graphics cards. 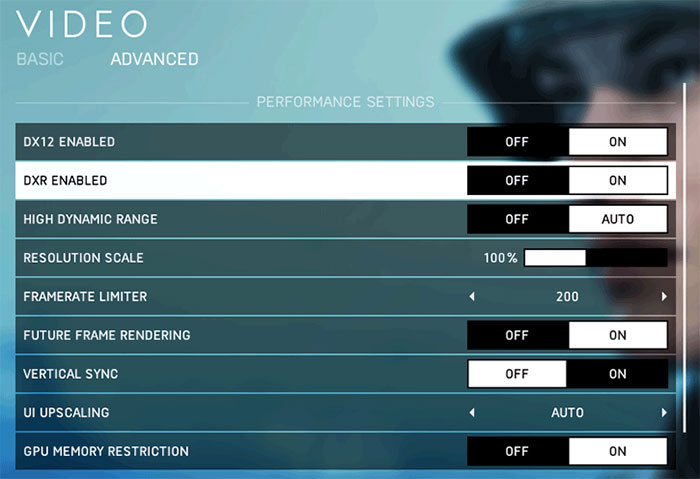 TechPowerUp has already tested Battlefield V with DXR on / off and with four quality settings (if on, of course) low, medium, high, and ultra. The site shares its finding in tabular form here, with separate charts for 1080p, 1440p, and 2160p gaming. I've truncated the 1080p chart to embed below, as an example. 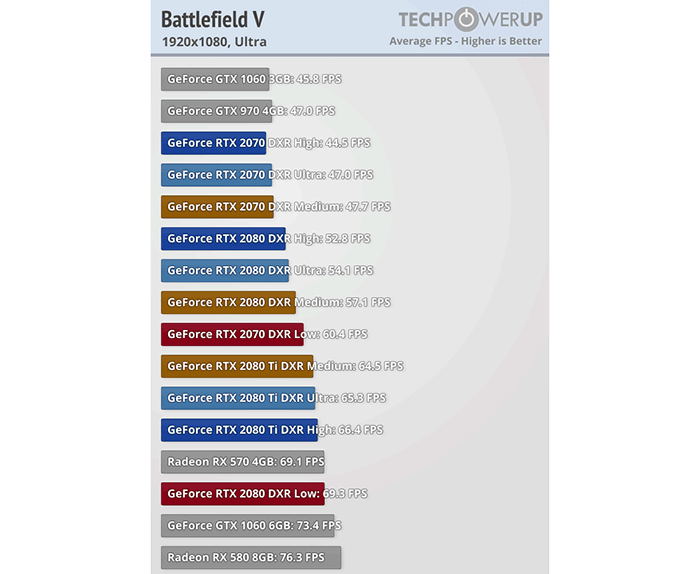 It is observed that flicking on the DXR option impacts frame rates by about 60 per cent on the RTX 2080 and RTX 2080 Ti with most sub-settings making little or no difference in framerates until you turn it down to 'low'. Meanwhile the RTX 2070 allows for Battlefield V real time raytracing that is "somewhat playable at 1080p, barely playable at 1440p, and practically unplayable at 4K UHD". That makes the RXT 2070 sound underpowered for 'RTX On' frills as things stand. You can also check out Guru3D for a similar set of tests and findings.

https://www.youtube.com/watch?v=F-ZlMl9L3kM
Posted by Jonj1611 - Thu 15 Nov 2018 11:10
Will definitely be buying the remasters, EA have said there will be no micro-transactions, keep your word EA!
Posted by EvilCycle - Thu 15 Nov 2018 11:16
Those results for BFV may not be entirely accurate. There are some bugs and optimisation issues, there has been talk that changing graphics settings may not be attaching to the game properly especially when changing between them. Note how DXR on high has fewer frames than DXR on ultra for the 2080. Over on reddit there is a lot of conflicting accounts on how the game is running, some are saying it runs like a dog with RTX on, others are saying they are getting better results than these initial benchmarks, so colour me confused.

I am not convinced BFV in this state is a good example of how RTX is going to play out in the future, but only time will tell.
Posted by Spud1 - Thu 15 Nov 2018 13:02
C&C remasters with some of the original Westwood devs? Yes please :)

Raytracing in BFV is also pretty amazing. Last night I played a round of Rotterdam with “normal” reflections, and then flipped on DXR and played the same map again…wow what a difference! It's night and day - it really brings the world to life and looks as good as the press videos.

I found a nice alleyway with intact shop windows and some still water on the floor…and stood there firing rockets down the alley to watch the reflections travel..it was beautiful :)

Sadly it does hit performance quite hard. running a few comparisons and with my spec…

Conquest game on rotterdam in each case:


So it does have a huge impact on performance at the moment unfortunately. Not enough to stop me leaving it on now though. The biggest difference between “low” and “ultra” is in the detail of the reflections shown - but in a fast moving game like BFV it doesn't make a big difference visually - you still get the effect and the benefits.

The tech has a way to go but it really is amazing to see in person its a huge leap forward in graphics tech.
Posted by atemporal - Thu 15 Nov 2018 13:41

Jonj1611
Will definitely be buying the remasters, EA have said there will be no micro-transactions, keep your word EA!

ah you built a weapons factory and a battlelab. Pay here to unlock the mammoth tank…