Microsoft has announced that Forza 4 will be available via Steam on PC in a few weeks time. Xbox Game Studios will release the game via Steam on 9th March, and this will be the first time gamers will be able to buy into the franchise via this popular PC gaming portal/store. Forza Horizon 4 isn't a new game, even on the PC platform, as it was originally released on Xbox One and Windows in October 2018. It is currently available on PC via the Microsoft Store or via Xbox Game Pass for PC, if you prefer.

Forza Horizon 4 is cross play compatible, so you will be able to play against friends on Xbox One, Xbox Series X/S and other devices thanks to the wonders of cloud gaming. This cross play functionality will be maintained with Steam platform users.

The Steam page for the game allows for pre-orders, and all the DLCs and expansions are going to be available too – goodies such as the Lego themed DLC and the Best of Bond sports car pack. Moreover, new, upcoming content such as the Hot Wheels Legends Car pack will make it to Steam when released. 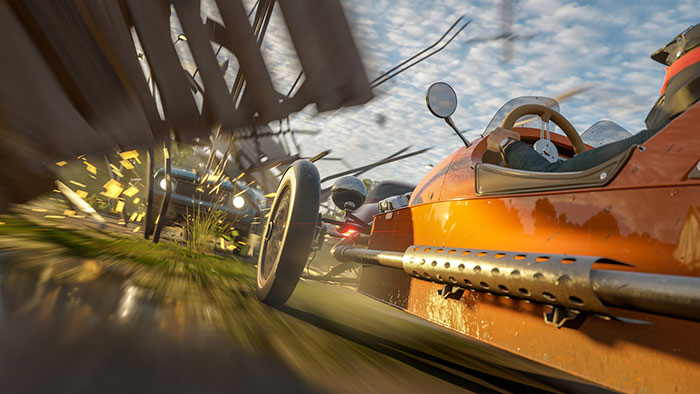 Microsoft's move to distribute Forza Horizon 4 via Steam is the latest manifestation of its intention to bring Xbox games to a wider market – especially outside the usual Xbox ecosystem. Previous notable titles which have crossed the line include; Halo: The Master Chief Collection, Sea of Thieves and Gears 5. We aren't sure if Microsoft will accelerate the launch of its titles on places like Steam or whether, in the case of Forza, other franchise titles will make it over in the coming weeks / months.

In other Steam news, the SteamDB data tracker shows that this popular PC gaming platform has once again beaten its records for user engagement. Two days ago Steam hit 26,401,443 concurrent users. The 25 million milestone was only surpassed at the start of 2021, and we are expecting the records to keep coming with the pandemic and lockdowns persisting.

As I said get the ultimate edition if you can, it does seem to cost a bit but you get access to everything including the expansion packs.

Fortune Island was good, Lego was a bit meh but nice for the novelty value.