AMD has launched Robot Cache to the public as an open beta. The service has been in closed testing for some time and has been built to become "the world’s first videogame marketplace to buy PC games, resell them when you’re done and mine to earn free ones".

In a launch Tweet, Robot Cache summed up that it is providing a service built upon three pillars. Firstly it is a games store which allows gamers to re-sell their digital games and get 25 per cent back. Secondly the Robot Cache store is built using efficient blockchain tech, which allows AMD to give developers a very generous cut of sales revenue - 95 per cent. Lastly, built-in crypto mining features allow gamers to utilise their hardware to mine 'IRON' which can be used to purchase new games on Robot Cache.

On its dedicated Robot Cache pages, AMD says that there is a "huge selection of games from your favourite game-makers and content creators, from AAA to indie," available. Having looked through the beta store I'm not so sure about that statement. I didn't see that many PC games I recognised and of those I'd heard of the titles seemed older and weren't really AAA titles. Check out the screenshot of the current top sellers page for example, picture below. 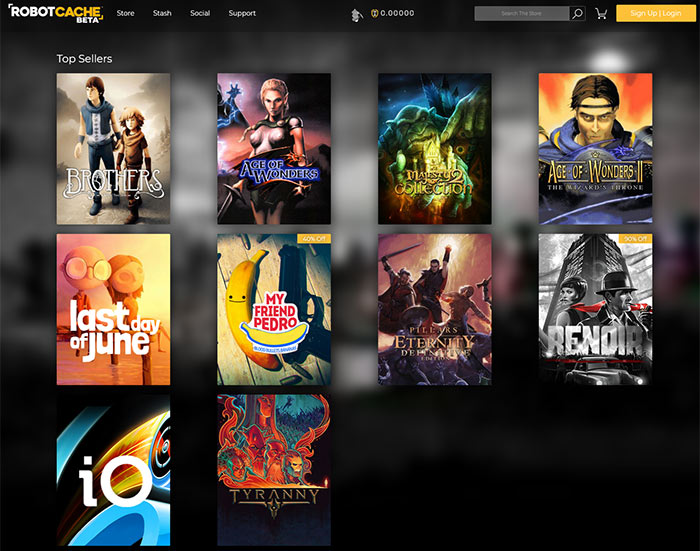 There is a useful FAQ about Robot Cache available, if your interest is piqued. Some of the most important points I have picked out from the answers include: 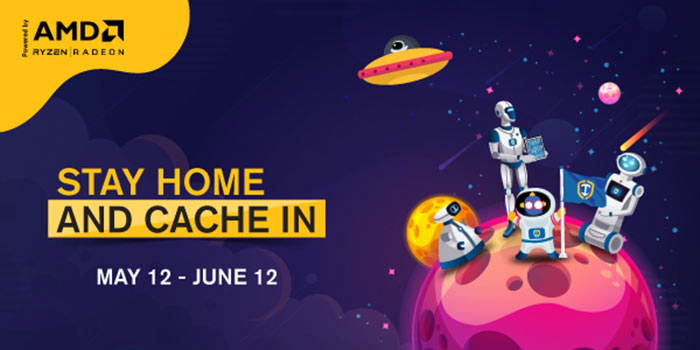 At the time of writing the 'Stay Home and Cache In' sale has begun, running until 12th June. You will find many Robot Cache hosted games available at up to 90 per cent off.

Struggling to understand the value in this, not just for me, but for any group AMD might wish to target.