When the Epic Games Store was revealed last year one of the key features for the PC gaming industry was the 'fair economics' of the proposition. Then, and now, Valve's Steam platform takes a 30 per cent cut of the revenue generated in a game sale - that's 70:30 in favour of the developer. The Epic Games Store rebalances this significantly to 88:12. There were other interesting tweaks too, as you can read about those in the linked story, but the revenue split is the largest industry-impacting change. 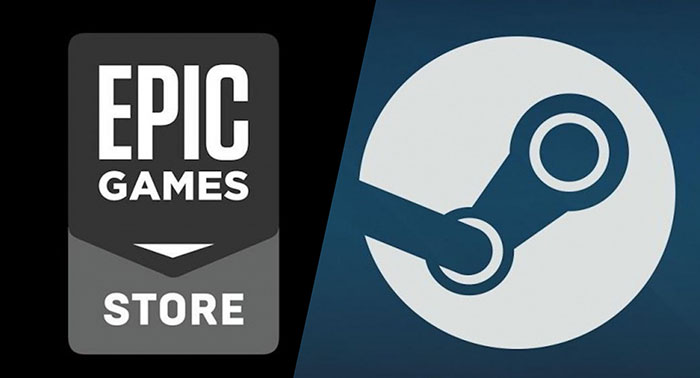 Over the last few months we have seen the Epic Games Store grow and introduce some further controversy to the PC games market. The largest bone of contention with PC gamers seems to be a series of announcements of Epic Games Store exclusives. One can understand developers being interested in the new PC games store thanks to its better revenue spilt. Furthermore, the e-store migration doesn't seem to have any ill-effects - last month for example: "Metro Exodus sold two and a half times more copies on the Epic Games Store than Metro Last Light sold in the same amount of time on Steam," according to a Polygon report.

If Steam committed to a permanent 88% revenue share for all developers and publishers without major strings attached, Epic would hastily organize a retreat from exclusives (while honoring our partner commitments) and consider putting our own games on Steam.

A few hours ago Epic CEO Tim Sweeney threw down the gauntlet to Valve and said that if Steam would reduce its revenue share permanently then Epic Games Store exclusives such as the aforementioned Metro Exodus, and Borderlands 3, would be phased out. Other notable exclusive titles are; The Division 2, Control and The Outer Worlds. The Epic CEO's Tweet is embedded above.

Some people object to the Epic Games Store due to the exclusives and the fracturing of the PC games ecosystem - requiring more DRM-games clients. Others, even ex-Valve employees, reckon that the challenger is reinvigorating the PC market, fostering change and saving PC gamers from a "30 per cent tax on an entire industry" and stagnation.

Posted by Tabbykatze - Fri 26 Apr 2019 11:19
No, they want to bring everyone else down to their level even though they are a drastically inferior storefront and Digital Distribution platform.
Posted by frozen-monkey - Fri 26 Apr 2019 11:35
Others, even ex-Valve employees, reckon that the challenger is reinvigorating the PC market, fostering change and saving PC gamers from a “30 per cent tax on an entire industry”…Ahh yes because look at how the price of games on Epic is reduced from the industry norm thereby saving me, a PC gamer, 18% </facepalm>

Added to that, I'm fairly confident that Tim nice but dim knows that Valve would probably make a loss at 12% and hence why he's making such a bold statement on twatter. And lets not forget that Epic haven't committed to a permanent 88% revenue share, that's just what they are starting with and it doesn't look like it's having a big impact on the industry as Epic are having to buy exclusivity to get people onboard.
Posted by Tabbykatze - Fri 26 Apr 2019 11:43
This is something else I said on another forum regarding the matter:

“What is interesting is that people like to say ”Steam should be able to match Epic“, yeah they probably could but you're not considering everywhere else they would have to look at cuts. They may have to depreciate features that Indie devs rely on or dial back partner support and various other areas.

30% isn't just for money in the back pocket it is likely used for a substantial amount of background infrastructure work. And 30% for big titles helps support tools and resources for indie devs. Because of Steam there are far more micro game startups that have a platform to sell and get recognition than any other known platform to date.

Hell, i remember the Steam for Cafes system (which i think still exists) when i used to assist in running an internet cafe/gaming centre almost a decade ago. That rubbishrubbishrubbishrubbish was fantastic and a lot of time and effort went into make it so that lan gaming centres could exist (this was when the average cost of a machine that could play crysis at the top capabilities at the time was wayyyy outside the reach of normal consumers and financing wasn't a thing). How many other businesses would take the hit on licensing out games for very little profit to provide an ambiguous user system so that we could provide 32 systems access to a massive library of games. It cost biscuits as well to us commercially.

Now ask yourself, if Steam only took 12%, would they still be able to do things like that?”

I also said in another thread on here that Tim is trying to make Steam give in so they can go “nyah nyah we took down Goliath, ha ha!”. If Steam acquiesces to any of Epics demands, they will act little a snotty idiot bully in the schoolyard saying he won by default.

Tabbykatze
Now ask yourself, if Steam only took 12%, would they still be able to do things like that?"

With the amount of games in their library, they will probably still be profitable with just 5% cut.
Posted by PC-LAD - Fri 26 Apr 2019 11:58
@Tabbykatze, If Valve is so needy for the money that they apparently use on infrastructure, why are valve official servers so bad in their own games in regards to integration with isps and their server requirements.