By 2022 all video games revenues will be digital, predict Piper Jaffray analysts. Barrons reports that the analyst firm told investors "it is a certainty that videogames will be approximately 100 per cent digital in the coming years," in the note, issued on Monday. "While exact timing is hard to pinpoint, we think 2022 is a realistic expectation."

The move isn't lead by consumer demand, though some do appreciate the convenience of downloads, many like to collect physical games and physical games are easily tradable second-hand for example. Rather, Piper Jaffray says that video games goliaths like Activision Blizzard and Electronic Arts will be able to widen gross and operating margins by more than 10 per cent, delivering a substantial boost to profits within 5 years if we do go all digital.

Extrapolating the data to hand, the financial analysts added that "Applying modest (5 per cent or less) top line growth and the positive margin impact mentioned above, 2022 publisher earnings per share would be more than double what each just reported for 2017".

The digital shift isn't just about people buying downloadable games online. A growing trend that is only going to get stronger is the popularity of streamed games. As well as doing away with the need for physical games, playing streaming game reduces client side hardware demands dramatically. However, it relies upon good network connectivity, something that is indeed constantly improving worldwide. 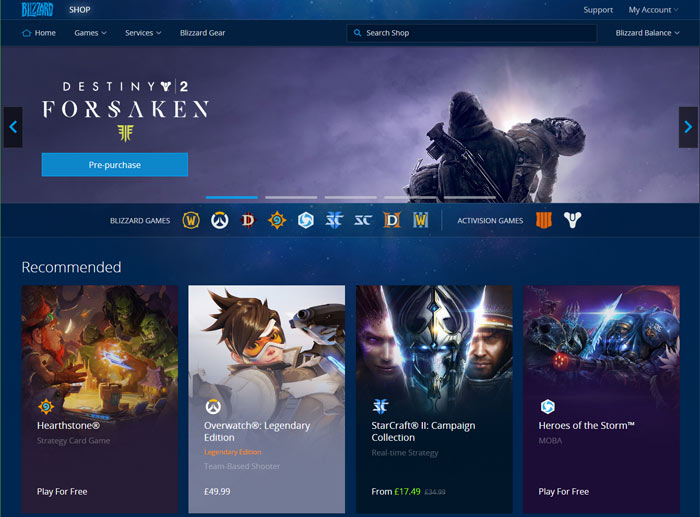 Compounding the move away from physical games sales "major publishers will increasingly test and commercially develop streaming game offerings over the next 3-5 years," reckons Piper Jaffray. Could such a trend impact the popularity of next gen consoles like the PS5 or Xbox Two - if you can play top end AAA PC games on a relatively low power streaming STB and controller connected to your big TV who would need a super-powerful console? Every few months it seems like someone launches 'the Netflix of video games', at some time in the future it could catch on.

Posted by ik9000 - Wed 27 Jun 2018 12:03
It's because people like me are still playing out-of-date and can't buy anymore games using the discs I bought years ago. If they made games affordable like they used to be I'd buy modern ones, but at £60+ and with bags of additional purchases required I just say no. The sheep will continue to be fleeced, but this won't make me pay more, quite the opposite.

IMO it shuold be law to provide a physical media option, but it will never happen. Politicians are too spineless.
Posted by Friesiansam - Wed 27 Jun 2018 12:21
Great news for all those people who still have slow and/or unreliable internet connections.
Posted by afiretruck - Wed 27 Jun 2018 12:51
That's just not going to work for a lot of console owners.

Sigh… Looks like, if this report is correct, M$ will get their way after all, and remove any possibility of lending games to others, or even selling them, as they're tied to your account.
Posted by Ttaskmaster - Wed 27 Jun 2018 12:52

afiretruck
That's just not going to work for a lot of console owners.
Sigh… Looks like, if this report is correct, M$ will get their way after all

I imagine consoleers like Nintendo might still be able to hold some kind of sway in certain markets, no?

As I understand it, you can crack PC and digital console games quite readily, while physical discs and game cartridges are a bit more involved? I briefly skim-read something about Nintendo offering some downloadable Classic games for the New DS series, to counter piracy of the originals…


But I don't see the physical Collectors Edition of games dying out any time soon… and I only know of one such “Collectors Edition” of a game, where the package had all manner of dreamed-up merchandising tat but did not actually include a copy of the game itself!!
Posted by atemporal - Wed 27 Jun 2018 12:58

Friesiansam
Great news for all those people who still have slow and/or unreliable internet connections.

exactly. And why I haven't gamed online for ages. But now I've got to an area with fibre so I'm looking to get back in with both feet so to speak.