Sony has at last revealed the prices and release dates for its next gen consoles. In brief the PlayStation 5 and PlayStation 5 Digital Edition will cost £449 ($499/€499) and £359 ($399/€399), respectively. The launch date has been set for 12th Nov in North America, Mexico, Japan, Australia and New Zealand. However, those resident in the rest of the world will have to wait until 19th Nov - a date which apples to the UK, as confirmed by Amazon UK. Pre-orders are live now, opened at 9am this morning) here in the UK. 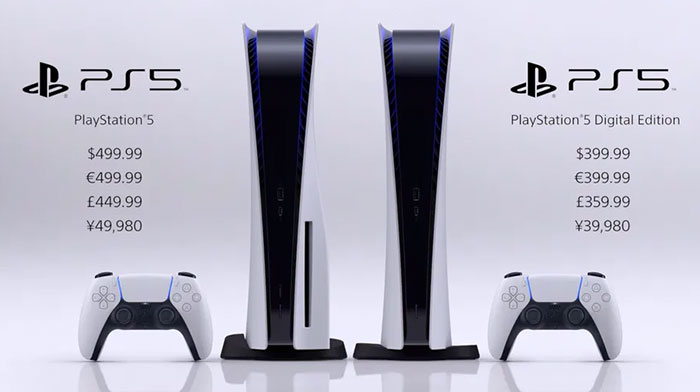 Sony was the clear victor in the last generation console battle with Microsoft with the PS4 (total sales 111 million to date) outselling the Xbox One (51 million) by more than 2:1. This time around some analysts think it could swing the other way, with the Xbox Series S and X combo, plus the pay monthly offerings which are rolled up with the Xbox Game Pass subscription service.

The most interesting battle for hearts, minds, and wallets might be between the cheaper PS5 Digital Edition (£359) and more affordable Xbox Series S (£250). Here Microsoft is aiming at delivering the cheapest possible entry point to next gen console gaming. In favour of Sony's thriftier choice it doesn't have any scaled back specs except for the lack of Blu-Ray drive, so it is much closer to the £449 top-end console experience. 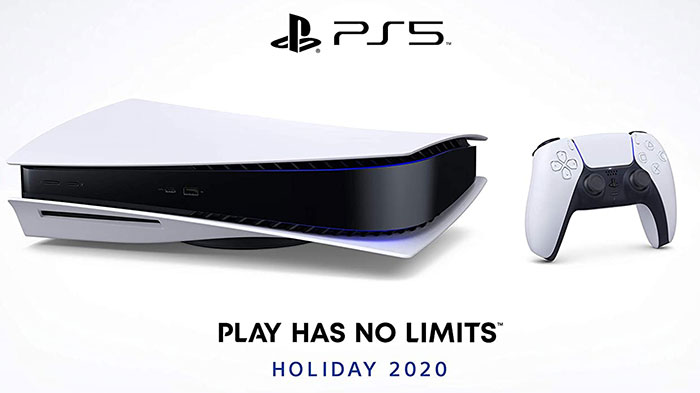 Sony took this opportunity to talk about its new subscription service called the PlayStation Plus Collection for the PS5. This offers a "curated library of PS4 games that defined the generation, like Batman Arkham Knight, Bloodborne, Fallout 4, God of War, Monster Hunter: World, Persona 5 and many more". Notably no new blockbuster PS5 games look to be included in the service.

Some AAA exclusives will arrive with the PS5 to help it gain fans early on. At the virtual launch event Sony showed off new trailers for the likes of Final Fantasy XVI, Marvel's Spider-Man: Miles Morales, and Deathloop. Remember, it won't be until Halo Infinite arrives (2021) for the Xbox Series X/S that Microsoft's platform will have an exclusive next gen title.

Some complementary hardware is going to be launched alongside the next gen PlayStations. Specifically, Sony is releasing the following:

The PlayStation blog provides a reminder of the console and controller tech specs and if you need a refresher you can scroll to the end of that post.

Posted by Hoonigan - Thu 17 Sep 2020 10:18
I expected the pricing to be way higher than it is, with Sony perhaps leaning on their dominance within the market and strong exclusives. Not the case. Great price point on the Digital Edition.

I think I'll be grabbing the standard version for the 4K Blu Ray player, allowing us to get rid of the Xbox One S that's being used exclusively as such. Should be able to get about the price difference in selling that.
Posted by Bagpuss - Thu 17 Sep 2020 10:25
That (crummy) launch line-up reminds me why i never think its worth getting a new generation console until about 18mths after release.
Posted by Saracen999 - Thu 17 Sep 2020 10:29

Bagpuss
That (crummy) launch line-up reminds me why i never think its worth getting a new generation console until about 18mths after release.

Often a good time for offers on existing stock of about-to-be-superceded old models though.
Posted by Dribble - Thu 17 Sep 2020 10:36
They have been outmanoeuvred by MS. The S is £250 and the games pass is good value + you will get some free months with a new console. It is the obvious buy if you don't want to spend a fortune and then you are hooked to the xbox eco system.
Posted by Saracen999 - Thu 17 Sep 2020 10:36
Moderately interesting. Shame it looks like a cross between an anorexic (Battlestar Galactica) Cylon, and a Tonka toy. No way is that going to be on-show in your lounge. Domestic Management would hang me up by the 'nads.

Also, looks like a superb design …. for a dust trap.